In the annals of the American Revolution, no group played a more consequential role than the soldier-mariners of Marblehead, Massachusetts. At the right time in the right place, they repeatedly altered the course of events, and their story shines new light on our understanding of the Revolution.

On the stormy night of August 29, 1776, the Continental Army faced capture or annihilation after losing the Battle of Brooklyn. The British had trapped George Washington’s forces against the East River, and the fate of the Revolution rested upon the shoulders of the men from Marblehead. Serving side-by-side in one of the country’s first diverse units, they pulled off an “American Dunkirk,” and saved the army by transporting it across the treacherous waters of the river to Manhattan.

O’Donnell recounts the history of the Marbleheaders beginning nearly a decade before the war started and in the midst of a raging virus that divided the town politically. Marbleheaders such as Elbridge Gerry and Azor Orne spearheaded the break with Britain and shaped the nascent United States by playing a crucial role governing, building alliances, seizing British ships, forging critical supply lines, and establishing the origins of the US Navy.

The Marblehead Regiment, led by John Glover, became truly indispensable. Marbleheaders battled at Lexington and on Bunker Hill and formed the elite Life Guard that protected George Washington—an early precursor to the Secret Service. Then, at the most crucial time in the war, the special operations-like regiment conveyed 2,400 of Washington’s men across the ice-filled Delaware River on Christmas night 1776, delivering a momentum-shifting surprise attack on Trenton.

Patrick O’Donnell is a bestselling, critically acclaimed military historian and an expert on elite units. The author of twelve books, including The Unknowns and Washington’s Immortals, he is the recipient of numerous national awards. O’Donnell served as a combat historian in a Marine rifle platoon during the Battle of Fallujah and is a professional speaker on America’s conflicts, espionage, special operations, and counterinsurgency. He has provided historical consulting for DreamWorks’ award-winning miniseries Band of Brothers and for documentaries produced by the BBC, the History Channel, and Discovery. He is a scholar and fellow at Mount Vernon’s Fred W. Smith Library for the Study of George Washington.

Register for “The Indispensables” Book Talk. 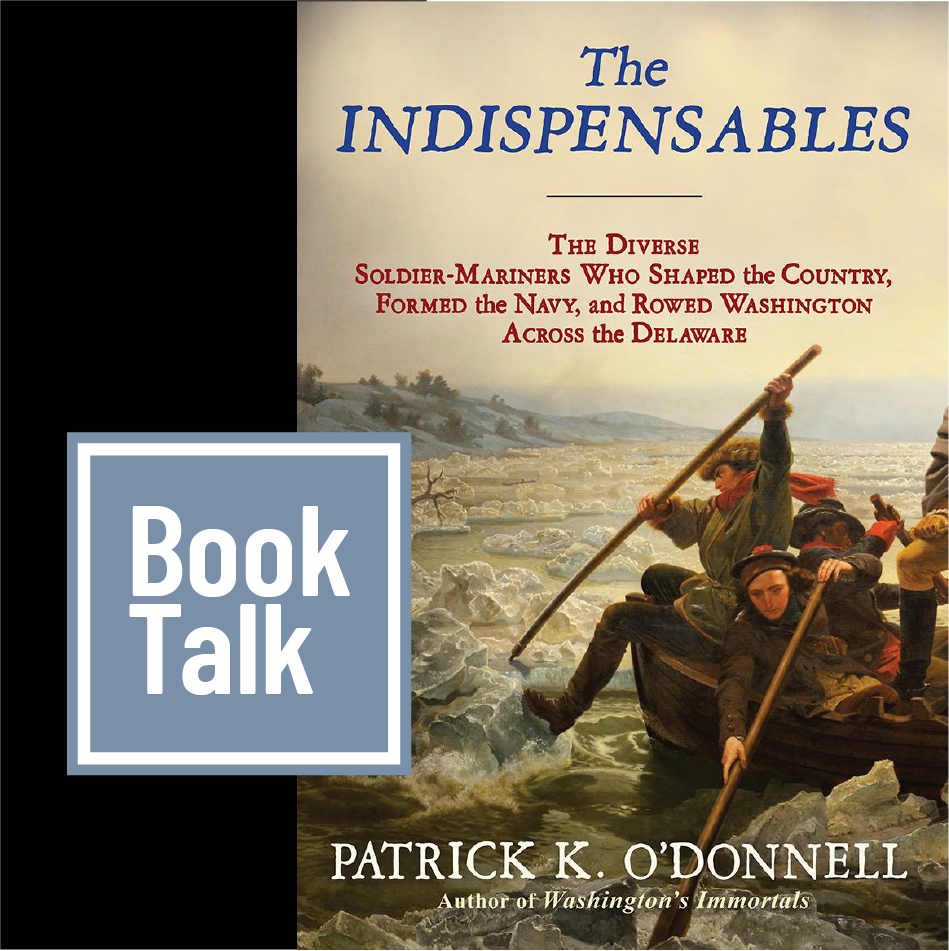