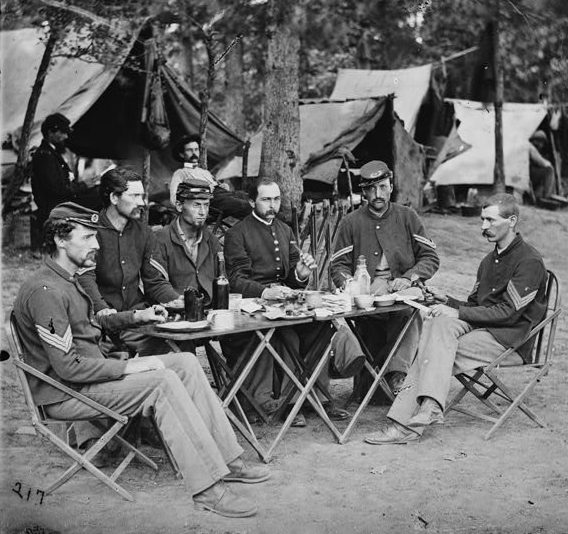 Goal: Understand the impact of food and nutrition on Civil War Soldiers.

Program Description:
Healthy Soldiers are essential for the U.S. Army to accomplish its mission. The food Soldiers eat is one way to keep a strong fighting force. The vitamins and minerals that make up a Soldier’s diet ensure that they are capable of enduring the physical and mental requirements to be successful. Since the Revolutionary War, the U.S. Army has experimented with and provided food to Soldiers based on available resources, nutrition, and current technology.

Coffee, hardtack, and salt pork comprised the majority of a Civil War Soldier’s diet. While these items may seem crude by 21st century standards, they met the nutritional needs of Soldiers at the time. The U.S. Army ration—the amount of food authorized for one Soldier per day—kept Soldier’s stomachs full and gave them the energy to move forward.

In this Virtual Field Trip, explore how the U.S. Army supplied its Soldiers during the Civil War. Learn how Soldiers supplemented their rations and, for many, learned to cook for the first time. As part of the field trip you’ll also learn how to cook like a Civil War Soldier and make hardtack at home.

Guiding Questions:
What can food reveal about the experiences of Soldiers during the Civil War?