The Medal of Honor Experience invites visitors to explore the history of the Medal of Honor as it relates to the Army, and to learn about the award recommendation process and hierarchy of Army awards that recognize heroic actions. Located on the Museum’s third floor, this area also includes an interactive kiosk, “What Would You Do?”. This experience portrays the stories of five Medal of Honor recipients and prompts visitors to make choices and then compare their decisions against what occurred in the real scenario.

The adjacent Medal of Honor Garden overlooks the Museum Campus. The outdoor garden identifies and honors Army recipients of the nation’s highest award for valor. Recipient’s names are permanently etched in granite along the south wall of the garden. This space provides visitors the opportunity to contemplate the values exemplified by the Medal of Honor recipients – Valor, Gallantry and Intrepidity. 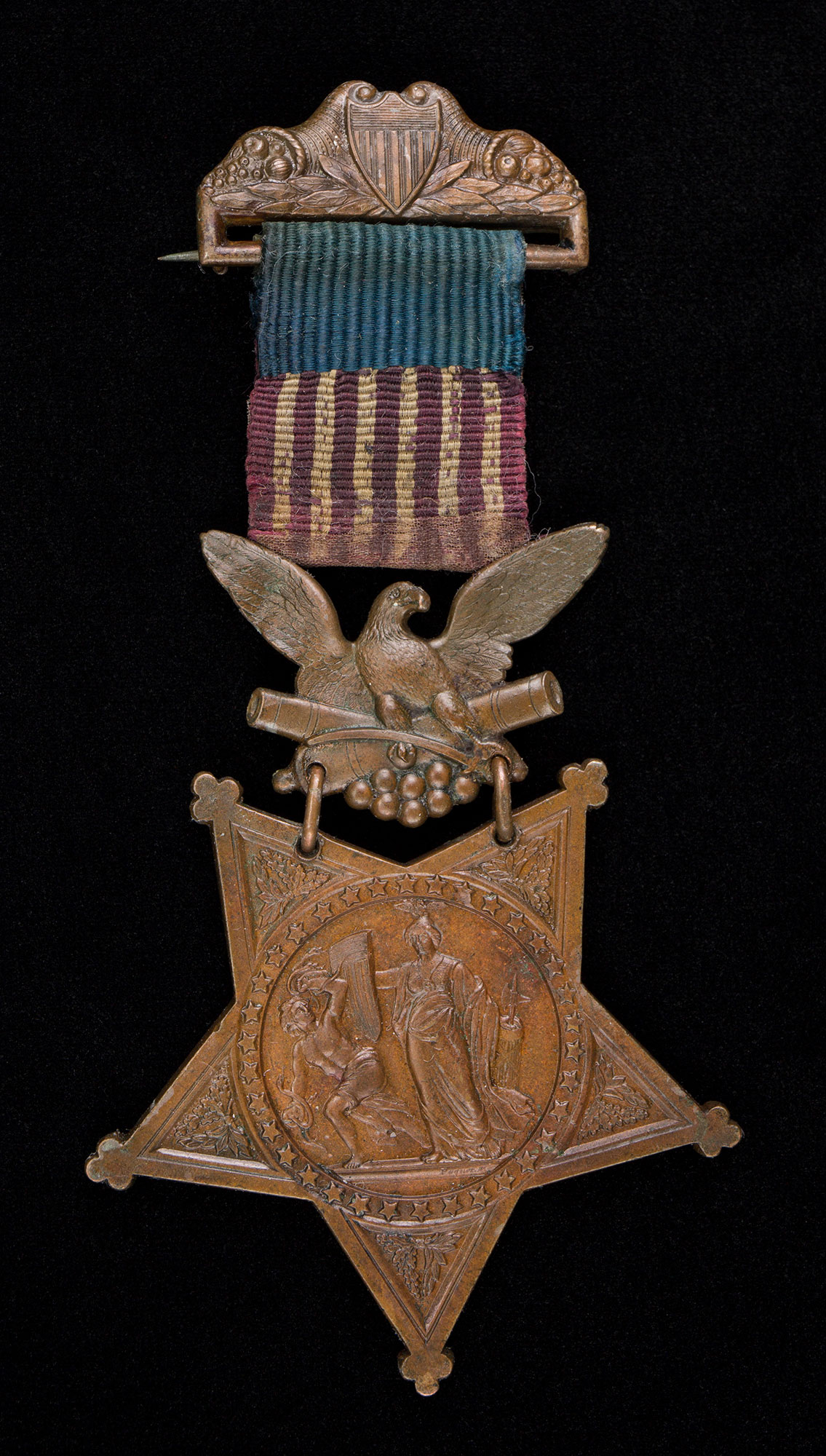 1862 -The original Army design shows the goddess Minerva fending off a man holding snakes, who symbolized discord. The 34 stars surrounding the figures represent the number of states in the Union. In each arm of the star are leaves of laurel and oak representing victory and strength. 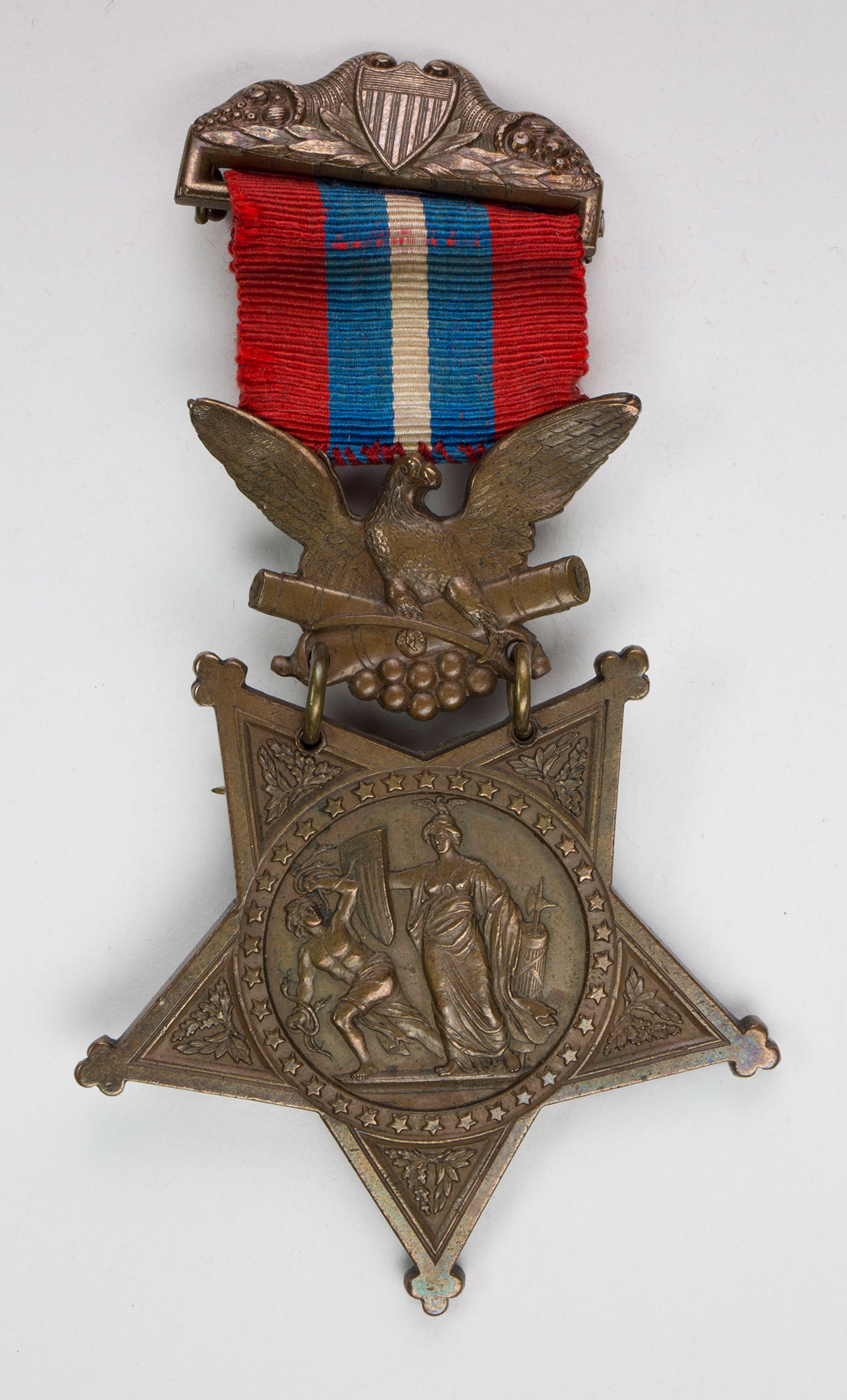 1896 -Adoption of medals that looked very similar to the Medal of Honor by the Loyal Legion of the United States, a Civil War Veterans’ organization, prompted the U.S. Congress to change the design of the Medal’s ribbon.

1904 -On April 23, 1904, at the recommendation of recipient Maj. Gen. George L. Gillespie, Congress authorized a new design for the medal. Recipient and Ambassador to France Horace Porter had a new design prepared by the Paris firm of Arthur, Bertrand and Berenger. To protect the design, Gen. Gillespie obtained a patent that he transferred to the War Department, the precursor to the U.S. Department of Defense. 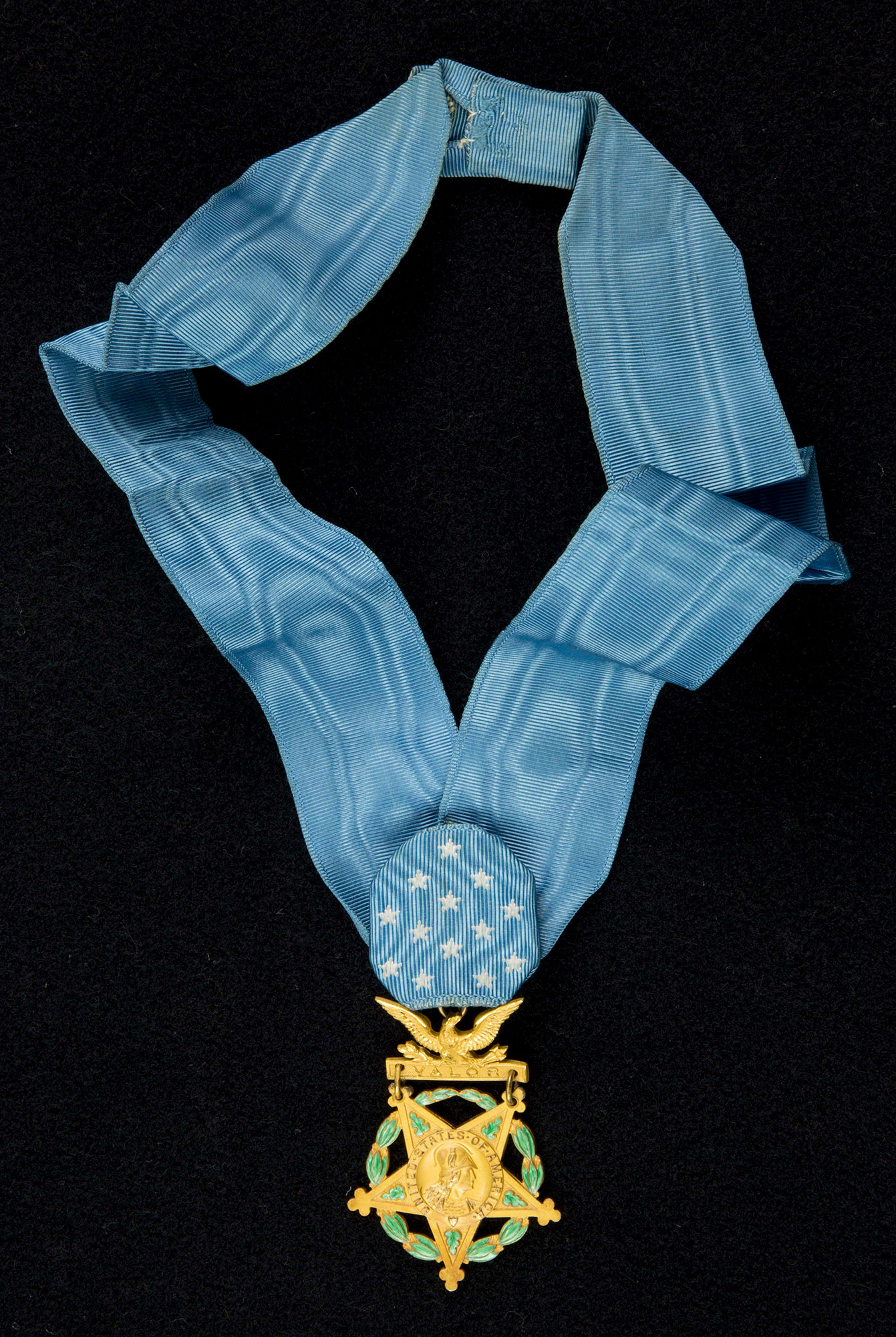 1944 -A blue neck ribbon was authorized by the Army on February 1, 1898. However, the Medal of Honor was often worn pinned on the uniform until after World War I. The new ribbon incorporated three rows of stars in a chevron pattern representing the original thirteen colonies.

“You've just got to try to do everything you can when it's your time to do it.“ 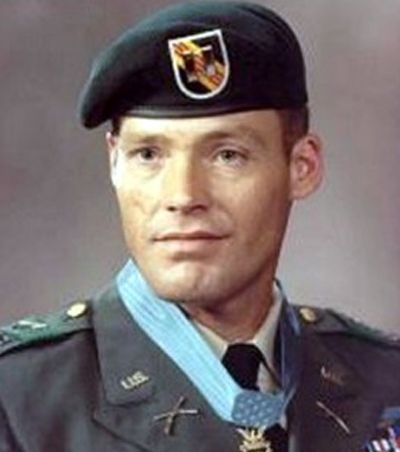 Robert L. Howard, a member of the Army’s elite Special Forces, was a sergeant first…

Robert L. Howard, a member of the Army’s elite Special Forces, was a sergeant first class in 1968. On December 30, 1968, he engaged in a mission to rescue a fellow Green Beret. During the mission, Howard sustained his beleaguered platoon for nearly 48 hours before orchestrating extraction and medical evacuation. By 1971, when President Richard Nixon placed the Medal of Honor around his neck, Howard had served five tours in Vietnam and had been wounded 14 different times. 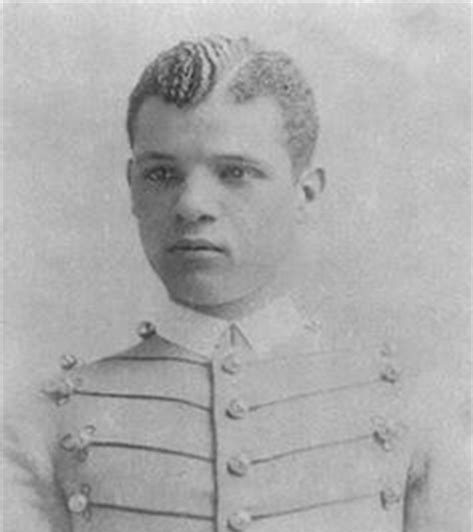 After the Civil War, the Army retained four black regiments and garrisoned them across the…

After the Civil War, the Army retained four black regiments and garrisoned them across the western frontier. Stationed at Fort McKavett, Texas, Stance distinguished himself as a capable noncommissioned officer, molding a band of mostly former slaves into an effective company. Stance received the Medal of Honor on June 20, 1870, becoming the first African American Soldier in the post-Civil War Army to do so. 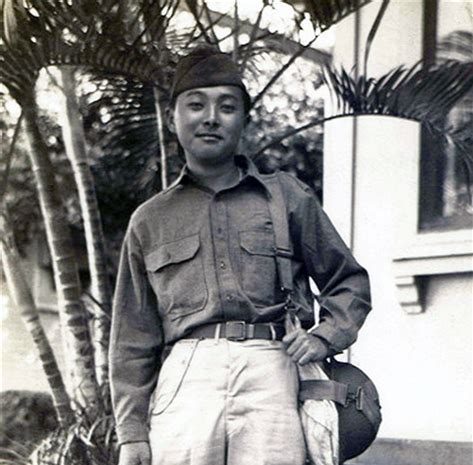 Inouye was only 17 when he witnessed the December 1941 attack of Pearl Harbor. Enlisting…

Inouye was only 17 when he witnessed the December 1941 attack of Pearl Harbor. Enlisting as soon as he was able, Inouye deployed with the 442nd Regimental Combat Team. Shortly after dawn on April 21, 1945, Inouye and his men marched on Colle Musatello ridge, Italy. Despite a fierce enemy, overwhelming odds and multiple injuries, Inouye did not relinquish command nor move from his position until the area was secure and his men were safe. Along with 19 fellow Nisei members of the 442nd RCT, Inouye’s Distinguished Service Cross was upgraded to the Medal of Honor in 2000. 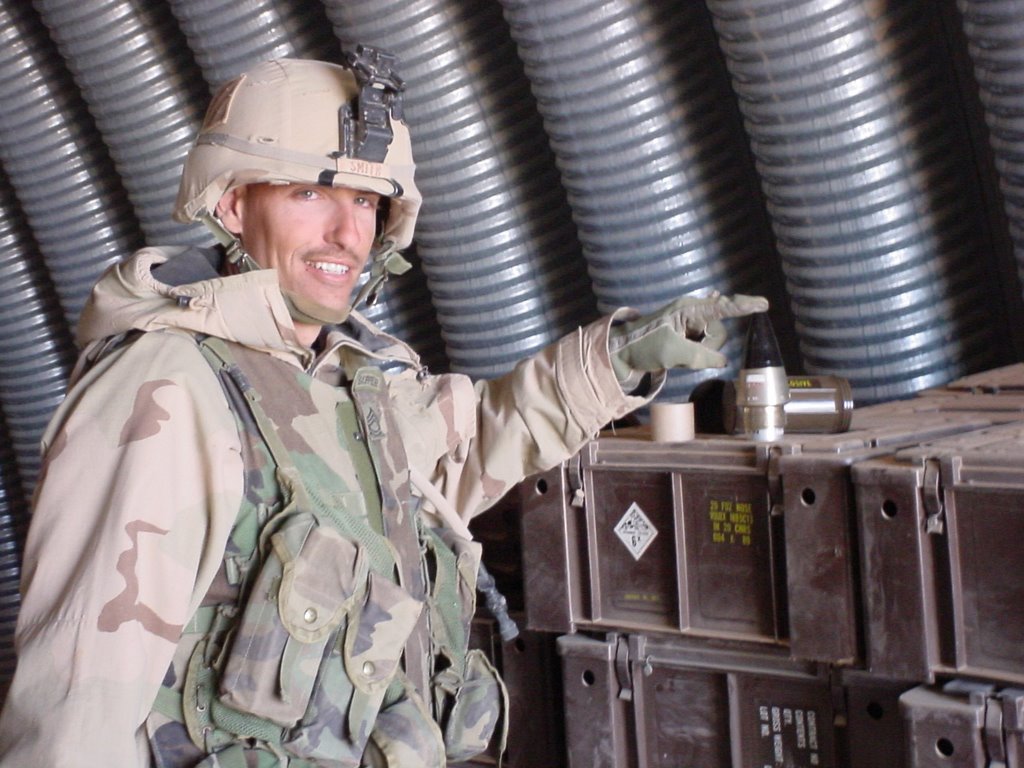 Smith and his 2nd Platoon, 11th Engineers, had fought for three nights and days to…

Smith and his 2nd Platoon, 11th Engineers, had fought for three nights and days to capture Baghdad International Airport in early 2003. Mounting a successful attack against a numerically superior opposing force, Smith decisively halted the enemy advance and saved the lives of at least 100 fellow Soldiers. Smith was the only U.S. service member to die during the battle. He was posthumously awarded the Medal of Honor on April 4, 2005. 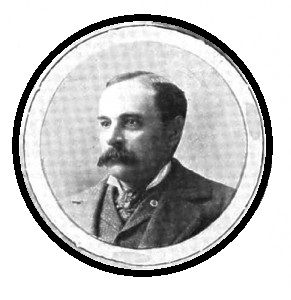 Charles Tanner and the 1st Delaware Infantry marched with more than 75,000 Union Soldiers of…

Charles Tanner and the 1st Delaware Infantry marched with more than 75,000 Union Soldiers of the Army of the Potomac to intercept advancing Confederate forces at Antietam Creek. During the famed Battle of Antietam on September 17, 1862, Tanner saved his regiment’s colors against staggering odds. On December 13, 1889, Tanner was awarded the Medal of Honor for his efforts..