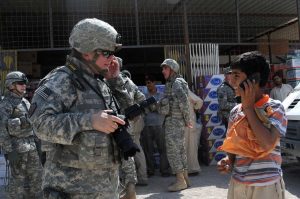 The Earth’s population is currently estimated at 7.6 billion people. Roughly 6 billion of them, or 85%, carry mobile phones. There is perhaps no invention in human history other than the wheel that is more universal. The cellphone packs an extraordinary amount of technology onto a few inches of silicon, yet is so commonplace as to be considered disposable. For all its familiarity, few people are aware that one of the first mobile phone networks sprang from the labs of U.S. Army Research and Development. 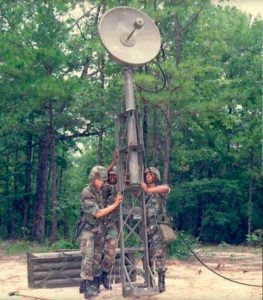 In the 1980s, the U.S. military began looking for ways to update its battlefield communications network. Challenges faced by Soldiers on the ground during early Cold War-era conflicts in Korea and Vietnam had exposed shortcomings in the force’s terrestrial radio system. The Army needed a replacement that offered enhanced range, better error correction, data capability, and the ability to automate call routing and switching, which would allow signal operators to manage more users at once. A massive research effort yielded the first major leap in field communications since the World War II crystal radio—Mobile Subscriber Equipment or MSE, the precursor to the modern mobile phone. 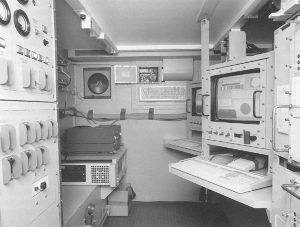 Mobile or cell networks are so named because calls jump from one zone, or cell, to the next as users move. They can operate completely wirelessly, relying on radio signals rather than hardwired copper cable. They provide data services such as fax or email alongside voice transmissions. Every user, known in tech-speak as a node, can reach every other user via a unique identifying number. All nodes may be literally mobile—callers can move about and stay connected so long as they remain within the coverage area. Researchers with the U.S. Army Communications-Electronics Command (CECOM), headquartered at Fort Monmouth, New Jersey, knew this kind of geographic flexibility was vital to modern battlefield communications. They partnered with commercial contractors to develop a new system optimized for forward operating areas during battle, where permanent equipment was impractical and Soldiers were always on the move. Virtually all hardware would be truck-mounted, and all users would be free to move about without losing contact with rearward forces or each other. 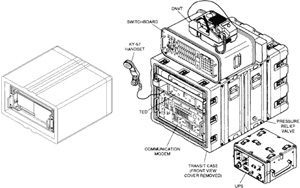 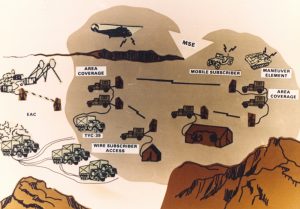 MSE was fielded first to the Army Signal Corps, 13th Signal Battalion, 1st Cavalry Division in February 1988. This first-generation MSE system featured phones for both stationary and portable use, fax capability, and channels reserved exclusively for data. Soldiers dialed a fixed number by referring to a directory, similar to a phonebook. MSE software automatically located the desired party anywhere within the network—created by antennas and switching equipment stashed within mobile communications trucks—and connected the call. It required no manual routing or switching. In the event of damaged or overloaded circuits, MSE employed a technique called flood search routing that polled the system for an available circuit and dynamically routed the call around any glitches in the network. MSE also supported now common calling features like call forwarding and early digital or “packet-based” voice communications. In 1991, MSE endured its first trial by fire. 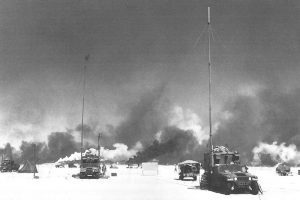 As the Army commenced Operation Desert Storm, wave after wave of Soldiers departed ally states in Europe for the deserts of Saudi Arabia and Kuwait. Maneuvers in the Gulf shifted into an offensive mode. The 93rd Signal Brigade sent 2500 Soldiers and 1700 items of equipment to this new theater. They soon would install and maintain an MSE network that spanned nearly 29,000 square miles as the Signal Corps put MSE to work. Forward troops discovered they could remain in constant contact with all units in the field and command elements behind battle lines. Allied communications systems, in particular that of the British 1st Armored Division, integrated successfully into Army infrastructure for the first time. MSE trucks were daisy-chained at 30-kilometer intervals along the line of the Army’s 3rd Armored Division advance, prompting Lt. Gen. Frederick M. Franks, commander of the legendary Army VII Corps to remark that the 3rd Armored Division had the best communications in the Corps. MSE had proven its tactical value during a hugely important first assault. 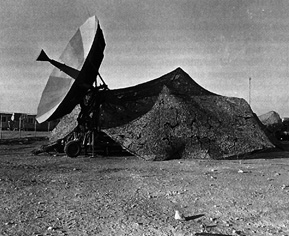 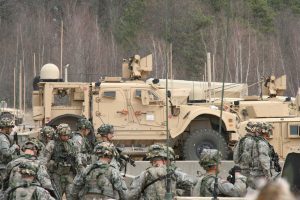