“The Long Painful Journey”: The U.S. Army and the Trail of Tears 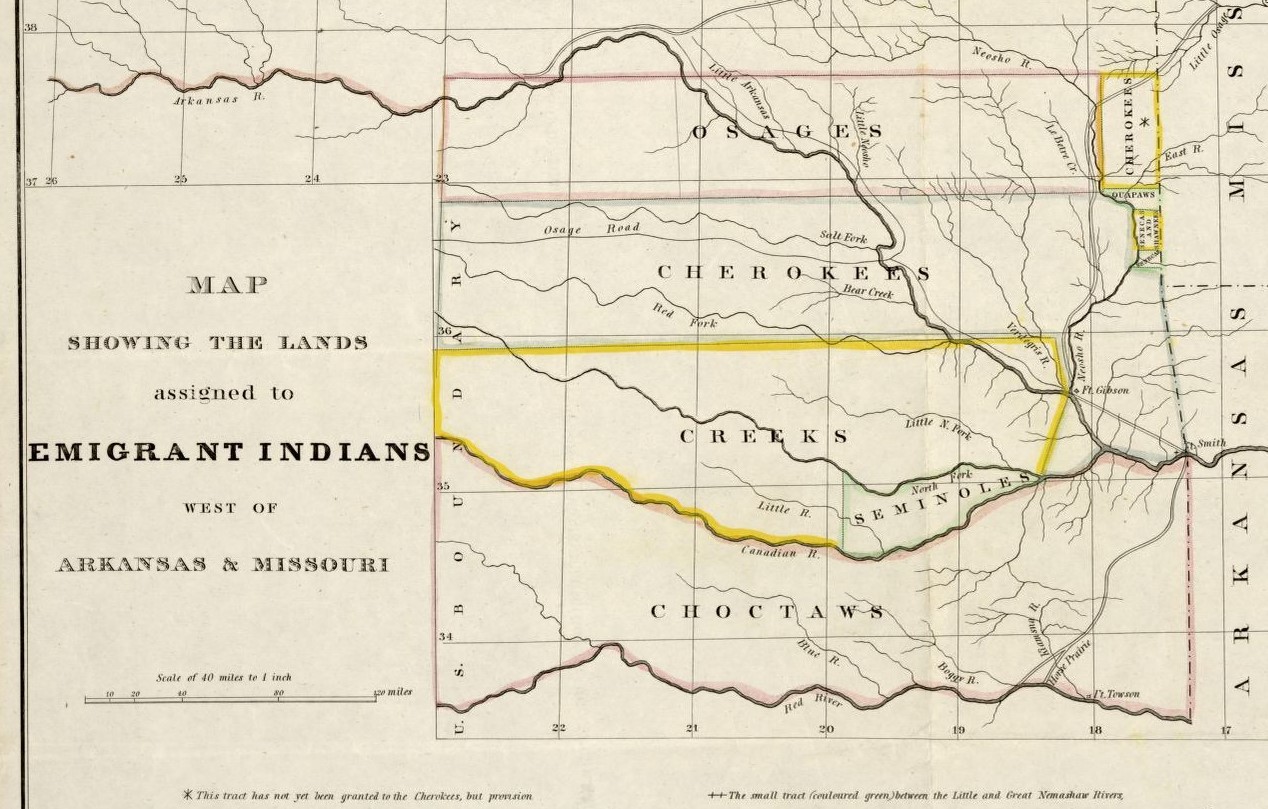 Map showing lands assigned to Native Tribes to be moved west of the Mississippi. Library of Congress.

Goal: Recognize the impact of American domestic and foreign policy on U.S. Soldiers and civilians.

Program Description:
Duty is defined as a moral or legal obligation. Soldiers have a duty to carry out the Army’s mission. Throughout the nation’s history, Soldiers have adhered to the concept of duty to protect, defend, and carry out policy on behalf of federal government. Like Soldiers, the Cherokee have their own duty to uphold their heritage tied to their ancestral homeland. In response to the threat of removal, the Cherokee used a series of legal maneuvers to preserve their homeland. When those attempts failed, the Cherokee signed the Treaty of New Echota.

The Treaty of New Echota exchanged the Cherokee Nation’s ancestral homelands east of the Mississippi River for unfamiliar land located in present-day Oklahoma. In May 1838, the U.S. Army deployed to enforce the terms of the treaty. General Winfield Scott, along with fellow U.S. Army Soldiers, were dispatched to Alabama, Georgia, North Carolina, and Tennessee. Their mission was to relocate the Cherokee to embarkation centers and oversee the journey to Oklahoma. The forced removal of the Cherokee was one of many conducted by the U.S. Army and was a consequence of the Indian Removal Act. These removals in the southeastern U.S. became known as the Trail of Tears.

Examine how Soldiers fulfilled their obligation to carry out the terms of the Treaty of New Echota. We will also identify how the implementation of the Indian Removal Act impacted both Soldiers and Native tribes. Finally, you will better understand how the effects of this policy can still be felt today.

Guiding Questions:
How do Soldiers and civilians carry out their obligations?