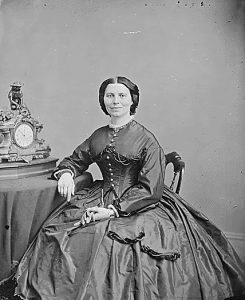 Clara Barton dedicated her life to the welfare of others and, through her selfless service, saved the lives of countless Soldiers and civilians around the world. Barton possessed a tenacious spirit which landed her on battlefields during the Civil War and the Franco-Prussian War, in the company of presidents and politicians, and finally at the head of the American Red Cross. 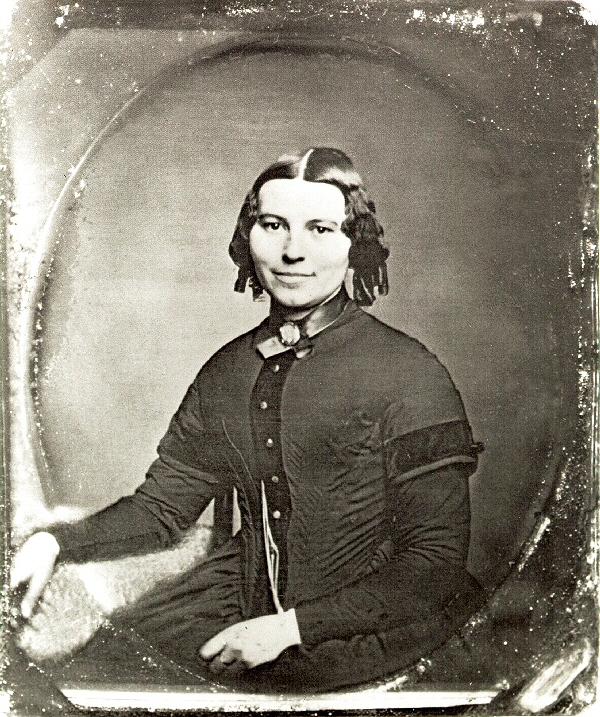 Clarissa “Clara” Harlowe Barton, was born in North Oxford, Massachusetts, on December 25, 1821. Barton was the youngest of five children and known to be shy as a child but was smart and hardworking. As a young teenager, she worked as a bookkeeper and clerk for her oldest brother. In 1839, at the age of 18, Barton became a school teacher and later, in 1853, founded a school in Bordentown, New Jersey. In 1854, Barton moved to Washington, D.C., where she took a job as a recording clerk for the U.S. Patent Office. This made Barton one of the first women to work for the federal government. Unfortunately, under President James Buchanan’s administration, Barton’s position was terminated, so, in 1857, she returned to her family in New England. Once President Abraham Lincoln was elected in 1860, Barton returned to Washington to once again work in the U.S. Patent Office, this time as a copyist.

Angel of the Battlefield

Barton was living in Washington when the Civil War began in April 1861. Her first action directly caring for wounded Soldiers came not long after the war had begun. The 6th Massachusetts Militia was marching through Baltimore, Maryland, when they were attacked by Southern sympathizers. Many of these men from the 6th were transported to Washington and temporarily sheltered in the U.S. Capitol Building. Barton heard that these Soldiers had been transported to Washington and rushed to the Capitol to care for them. Barton and the Soldiers bonded quickly, and she affectionately called them “my boys,” since they were from the same area of Massachusetts.

Following the Battle of Bull Run in July 1861, Barton recognized a need to provide supplies and care for the Soldiers in the field. She raised funds to purchase supplies for the Soldiers, often using her own money to do so. Though Barton worked diligently from Washington, she felt that she could be of greater help closer to the fighting. In August 1862, after the Battle of Cedar Mountain in Virginia, Barton drove a four-mule team wagon from Washington to field hospitals behind Union lines to deliver vital supplies. The surgeon on duty, surprised to see a woman at the front and overwhelmed by the number of the wounded, later wrote “I thought that night if heaven ever sent out a[n] . . . angel, she must be one—her assistance was so timely.” Barton was thereafter known as “The Angel of the Battlefield,” and continued to aid troops in many battles in Virginia, western Maryland, South Carolina, and Georgia.

Barton selflessly worked in the best interest of the Soldiers. She walked the battlefields and provided care to the wounded, never satisfied with the work of rear medical units. Barton later spoke about her actions on the battlefields: “I always tried . . . to succor the wounded until medical aid and supplies could come up—I could run the risk; it made no difference to anyone if I were shot or taken prisoner.” Her selfless acts also extended beyond the battlefield to Families of missing Soldiers seeking information on their loved ones. With the permission of President Lincoln, Barton opened the Office of Correspondence with Friends of the Missing Men of the United States Army in March 1865, which she operated from her home in Washington. During the Office’s existence from 1865 until 1868, Barton and her staff answered over 63,000 letters and were able to provide closure to the Families of over 22,000 deceased Soldiers.

The respect and care that Barton provided extended to those who gave the ultimate sacrifice for their country. At the end of the Civil War in 1865, Barton helped to establish a national cemetery for the men that had perished in Andersonville Prison in Georgia, a Confederate prisoner of war camp designed to hold 10,000 prisoners. At its most crowded, the camp held over 32,000 Union prisoners of war. Over 45,000 captives passed through its gates during the camp’s 14 months of existence. These men lived in abysmal, unsheltered conditions which led to the deaths of 12,290 Soldiers. Barton and 30 servicemen identified the graves of these men buried just outside the prison walls. Today, Andersonville Prison exists as a National Park Service site, and still functions as a national military cemetery.

Following the Civil War, in 1869 Barton traveled to Switzerland where she learned of the Red Cross Movement. She became influenced by the writings of the Global Red Cross Network founder Henry Dunant who called for international agreements to protect the sick and wounded during wartime. Dunant believed that the Red Cross should give aid voluntarily on a neutral basis without regard to nationality. His ideas were incorporated into and ratified by 12 different nations in the Geneva Convention of 1864, which established the International Committee of the Red Cross. Barton, inspired by this new knowledge, volunteered with the International Committee of the Red Cross. During the Franco-Prussian War of 1870-71, Barton provided supplies and care to French citizens, and established hospitals to care for wounded Prussian troops.

As the head of the American Red Cross, Barton directed most of the organization’s efforts toward domestic disaster relief. The first domestic action of the American Red Cross was to provide funding and clothing to victims of a Michigan forest fire in 1881. They also responded to a flood in Johnstown, Pennsylvania, in 1889, and the Sea Islands Hurricane off the coast of South Carolina in August 1893. Though many of her efforts were devoted to domestic needs, Barton continued to assist those abroad. In 1892, Barton provided 500 train-car loads of flour and cornmeal to victims of severe famine in Russia. In February 1896, Barton traveled to the Ottoman Empire to begin a five-month campaign to provide relief to Armenian victims of Turkish oppression. She also traveled to Cuba in 1898 to deliver supplies and provide care to Soldiers, prisoners of war, and refugees during the War with Spain. This marked the first time the American Red Cross provided war-related relief. 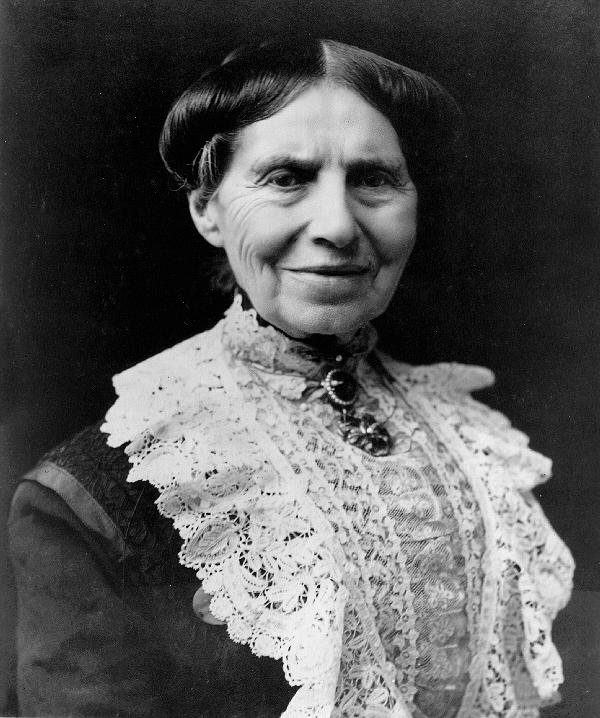 By the time Barton founded the American Red Cross, she was nearly 60 years old and had already led a life full of selfless service. For her humanitarian efforts, she received the Prussian Iron Cross, the Russian Silver Cross, and other distinguished awards. Barton served as the president of the American Red Cross for 23 years until she was asked to resign in 1904 among criticism of her managerial style, age, and abilities. Following her resignation, Barton’s will to assist the American people persisted. She founded the National First Aid Association of America in 1905 and served as the association’s honorary president for five years. Though the association’s existence was short, it provided basic first aid education, instruction on the creation of first aid kits, and lessons on emergency preparedness. Clara Barton passed away on April 12, 1912, at her home in Glen Echo, Maryland, at the age of 91 and was buried in the Barton family cemetery in Oxford, Massachusetts.

Legacy of the American Red Cross 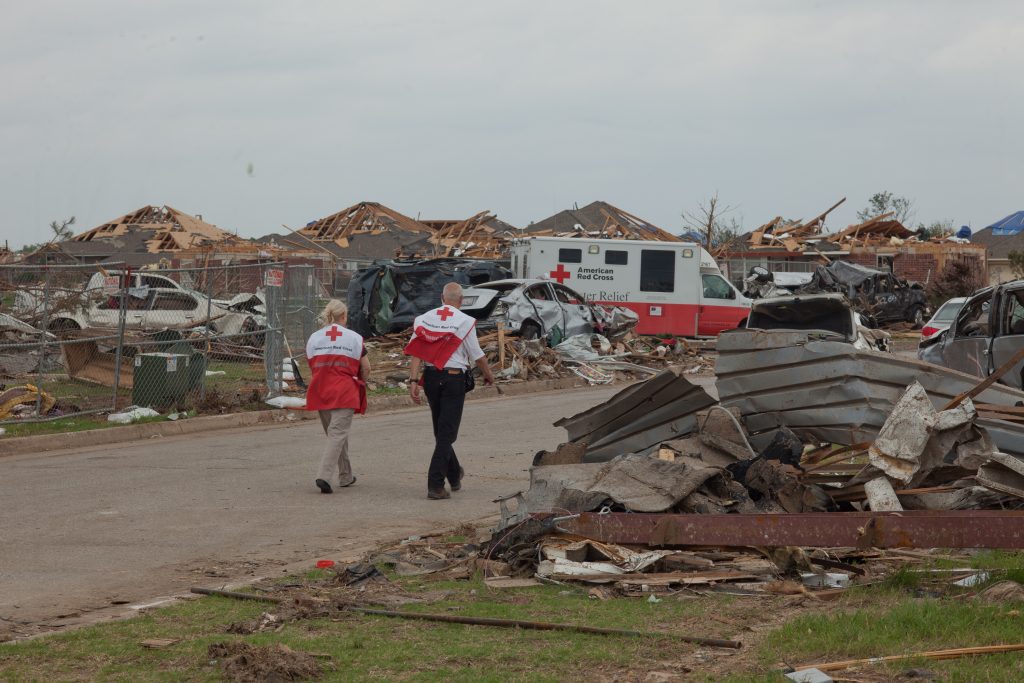 Today, the Red Cross continues Barton’s legacy of selfless service both domestically and abroad. Each year the Red Cross responds to more than 70,000 disasters in the United States. These events range from large-scale national disasters to assisting individuals or families in need. Red Cross blood drives help to provide more than 40% of the United States’s blood supply with approximately 4 million Americans giving blood each year. Education remains at the forefront of the Red Cross’s mission, providing lifeguard and first aid/CPR training to more than 9 million Americans per year. Military tradition is still a part of today’s Red Cross, providing valuable service and assistance to current military personnel, veterans, and their Families. The Red Cross continues to operate internationally in 187 different countries and is the world’s largest humanitarian organization.

“Highlights of an Extraordinary Life.” About Us, American Red Cross, 2022. Accessed January 26, 2022. https://www.redcross.org/about-us/who-we-are/history/clara-barton.html.