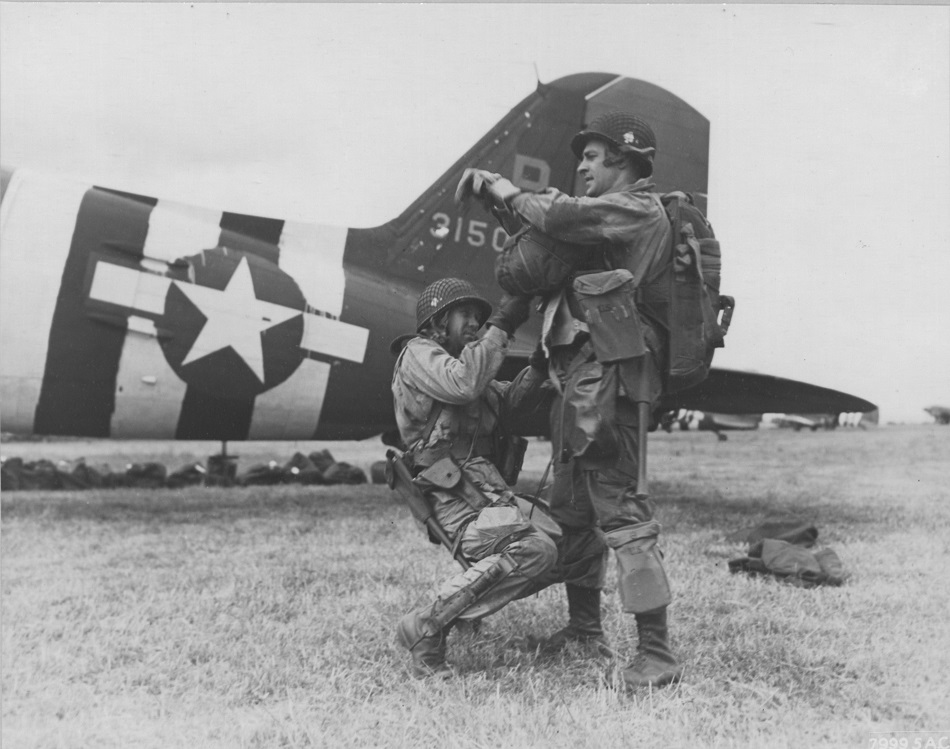 Goal: Explore how the U.S. Army developed new technology, training, and strategies to overcome challenges and accomplish the mission.

Program Description:
Just after midnight on June 6, 1944, American paratroopers were dropped behind enemy lines to prepare for an invasion force that would arrive at dawn. The Soldiers’ mission was to capture roadways and establish river crossings to support the D-Day invasion. The use of airborne troops, a vital of part the Allies’ campaign plans, was born out of wartime necessity.

Army airborne units were developed to support the concept of vertical envelopment, or the ability to strike an enemy from behind when ground forces could not go around prepared defenses. Born out of response to German success in Holland and Greece, the U.S. Army grew its airborne units from a small test platoon in 1940, through battalion and regimental combat in North Africa and Italy, to multiple combat ready divisions by D-Day. Following the invasion, airborne troops would be deployed during Operation Market Garden and the Battle of the Bulge and earned a reputation for changing the battlefield as soon as they entered it.

Guiding Questions:
How does the U.S. Army solve problems?
How did U.S. Army paratroopers contribute to the turning points of World War II?