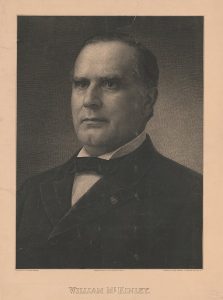 William McKinley’s presidency brought the United States into a new century, leaving behind a Gilded-aged, isolationist United States in favor of a presence across the seas. His presidency set the groundwork for policies that still affect the country to this day. With a new century, came new challenges but also new dangers. Though President McKinley’s life ended in the tragedy of assassination, he left a lasting legacy on this country and through his death, created the role of the Secret Service as it is known today. 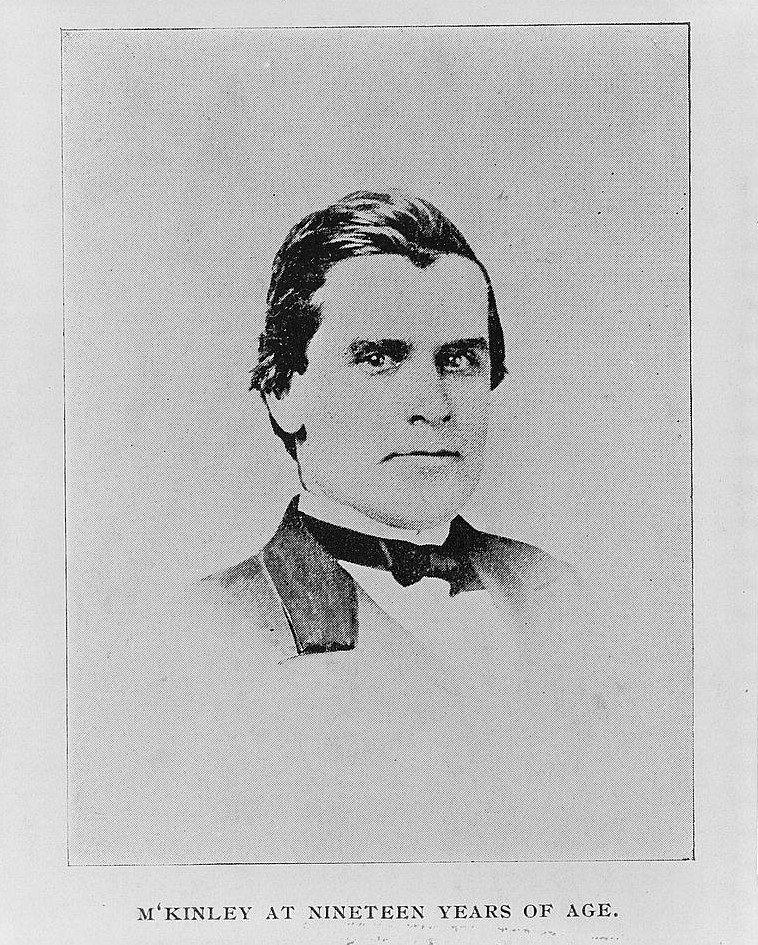 McKinley at 19 years of age, circa 1862. Library of Congress

William McKinley Jr. was born in Niles, Ohio, on January 29, 1843, to William McKinley Sr. and Nancy McKinley. McKinley was the seventh of eight children and led a happy and fun-filled childhood of fishing, hunting, swimming, ice-skating, and horseback riding. His father owned many iron foundries throughout Ohio and instilled the young McKinley with a strong work ethic and respectful attitude. McKinley briefly attended Allegheny College in Meadville, Pennsylvania, but left after one year due to a decline in his family’s finances and bouts of illness and depression.

At the outbreak of the Civil War in 1861, McKinley was working as a school teacher in Ohio. In June 1861, he left his teaching position and enlisted in the Union Army as a private in the newly formed 23d Ohio Volunteer Infantry Regiment, also known as the “Poland Guards” (referring to Poland, Ohio). McKinley distinguished himself as a capable Soldier at the early Civil War Battles of Carnifex Ferry and Fayetteville in what is now West Virginia. In 1862, he fought in the bloody Battle of Antietam and proved his bravery by bringing much-needed supplies and rations to frontline Soldiers under heavy fire. For this action, McKinley was promoted to second lieutenant.

Following the Battle of Antietam, McKinley’s regiment traveled to western Virginia to recuperate. During this time, he returned to Ohio to recruit new volunteers for his regiment. In 1864, the 23d Ohio was incorporated into Maj. Gen. George Crook’s Army of West Virginia. Over the next year and a half, McKinley and his regiment saw action at the Battles of Lexington, Lynchburg, Winchester, and Cedar Creek (all in Virginia).

At Cedar Creek in October 1864, McKinley’s horse was shot out from under him, which pinned him to the ground. As Confederate forces advanced, he managed to free himself and limp back to the Union line. He regained control of his troops and fell back to the northern end of the battlefield. Maj. Gen. Philip Sheridan heard that Union troops were in dire straits. He rushed from Winchester to the battlefield, rallied his troops, and counter-attacked the Confederate forces. The Battle of Cedar Creek ended in a Union victory and President Abraham Lincoln used news of this success to win his reelection in 1864. At the end of the war, McKinley mustered out of Army service as a brevet-major, a rank which many continued to refer to him as for the rest of his life.

Following the Civil War, McKinley studied law at Albany Law School in New York. He passed the bar exam in 1867 and opened his own law office in Canton, Ohio. In 1871, at the age of 28, he married Ida Saxton, the daughter of a prominent local banker. In 1877, McKinley, using his knowledge of the law and his local connections, ran as a Republican for a seat in the U.S. House of Representatives. He won the election and rose quickly within the House due to his quick wit and strong personality. He eventually became chairman of the powerful Ways and Means Committee. McKinley took a strong stance in favor of tariffs on imported goods. Once implemented, these tariffs led to a steep increase in the cost of everyday goods which was deeply unpopular with the American public. As a result, Democrats swept the primary elections of 1890, which left McKinley out of a job. McKinley instead ran for governor of Ohio in the election of 1891, defeating his opponent, James E. Campbell, with 48% of the popular vote.

McKinley only served one term as the governor of Ohio before he turned his eye to the presidency. In 1896, he secured the Republican presidential nomination against his Democratic opponent, William Jennings Bryan. He and Bryan took very different approaches to their campaigns. Bryan traveled the country by train, and throughout his campaign delivered over 600 speeches to his supporters. This gained Bryan much support in the Midwest and rural areas. McKinley took the opposite approach and engaged in a “Front Porch Campaign” where he sat on the porch of his home in Canton, and delivered speeches to those supporters who came to visit him. In the end, McKinley had the support of industrial centers and big cities, which won him the election of 1896 comfortably with 51% of the popular vote and 271 electoral votes to Bryan’s 176. 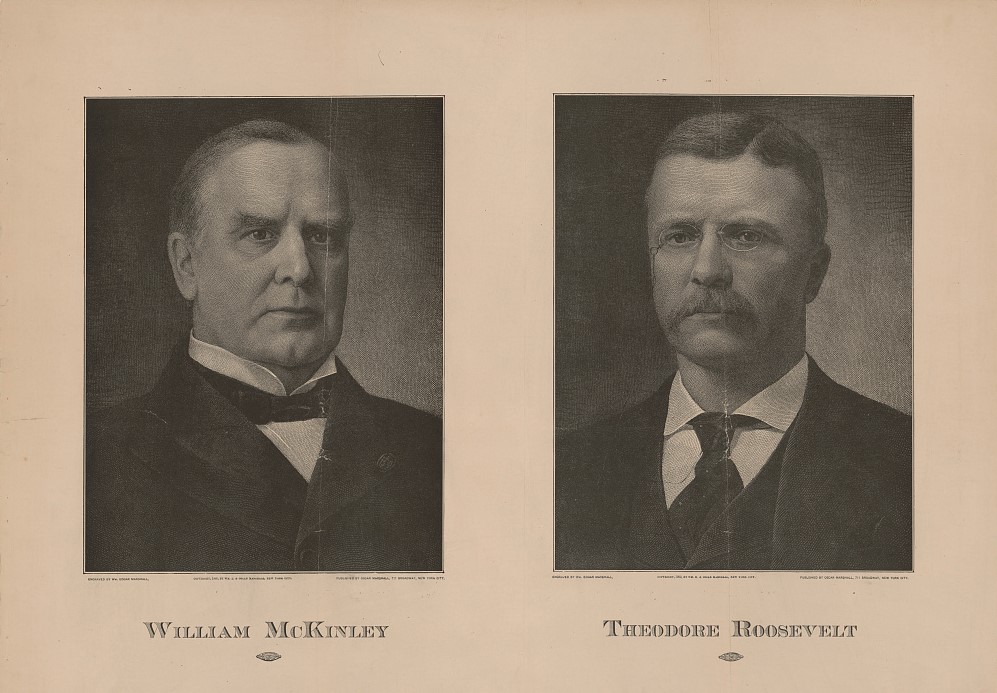 McKinley’s presidential campaign focused on the implementation of a gold standard and high tariffs to restore prosperity to the American people who were still reeling from the Panic of 1893. McKinley fulfilled his campaign promises, which led to rapid economic recovery. Though successful economically, his presidency was also influenced by sensationalism in the press. On February 15, 1898, the USS Maine exploded in Cuba’s Havana Harbor resulting in the deaths of 260 U.S. Navy Sailors. At the time, Spain was engaged in the brutal suppression of a colonial rebellion in Cuba. This revolt, along with the explosion of the USS Maine, was sensationalized by the press and spread among the American people. This placed great pressure on President McKinley and the United States went to war with Spain in April 1898.

When the United States declared war in 1898, Spain was already a declining colonial power. The War with Spain only lasted 100 days. At the end of the conflict, the entire Spanish fleet was destroyed in Havana Harbor, and Spain was forced to cede their territories of Puerto Rico, Guam, and the Philippines to the United States, while Cuba gained its independence. During this same time, McKinley annexed Hawaii. These territorial gains contributed to McKinley’s successful reelection campaign in 1900. He once again defeated William Jennings Bryan for the presidency in 1901. 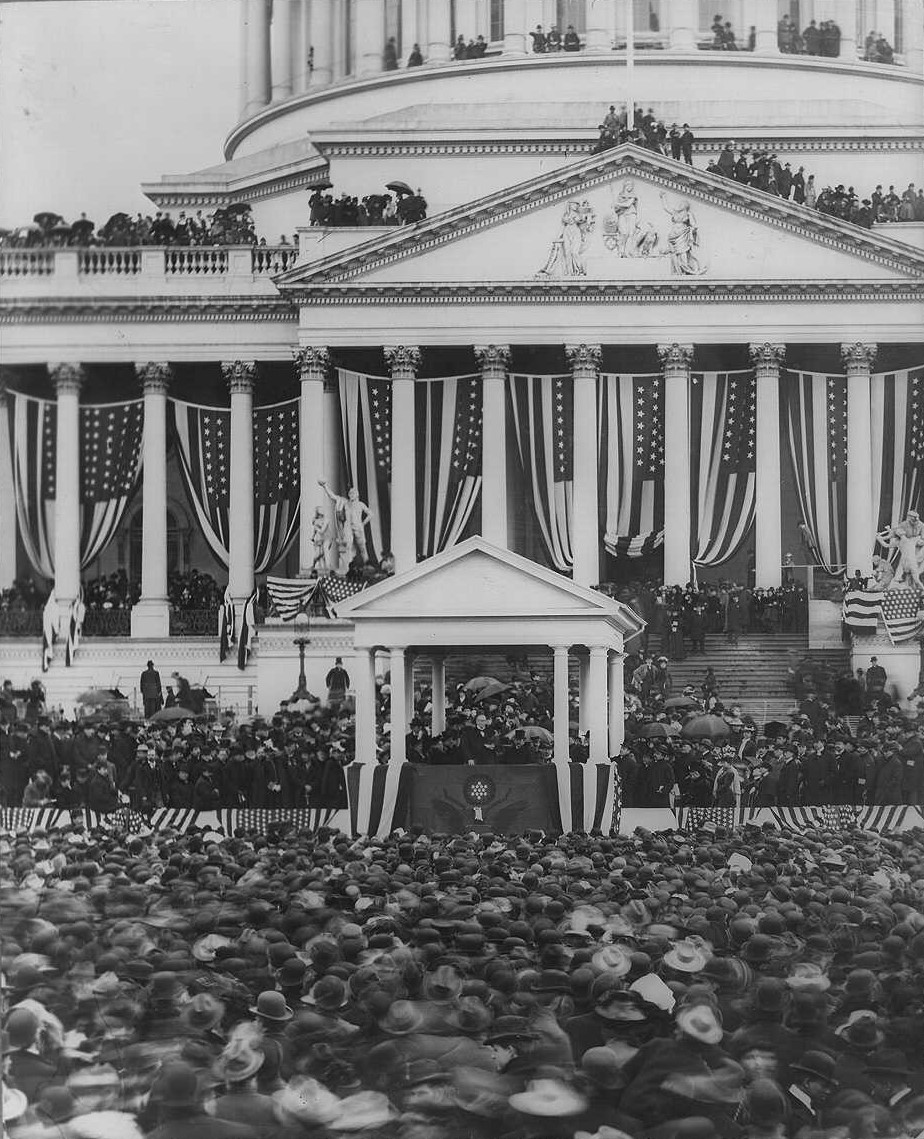 Leon Czolgosz, was born on May 5, 1873, in Alpena, Michigan, to Polish-American parents. During the Panic of 1893, work instability disrupted Czolgosz’s life leading him to join radical socialist groups which spurred his interest in anarchism. He became inspired by the anarchist and Italian immigrant, Gaetano Bresci, who returned to Italy to assassinate King Umberto I in July 1900. Czolgosz believed President McKinley was the root of the United States’s societal issues and decided to act in September 1901.

September 5th, 1901, was a particularly hot day at the Pan-American Exposition in Buffalo, New York. President McKinley had just given a speech when he insisted on meeting with supporters at the Exposition, despite requests from his staff to cancel. McKinley already had a relaxed view of his security, but extra precautions were dropped due to the heat. Once at the front of the line, Leon Czolgosz approached President McKinley with a pistol concealed under a handkerchief and fired two shots into the President’s abdomen. One shot bounced off of McKinley’s button, but the other hit home.

President McKinley was taken to the Exposition’s aid station where a doctor with unwashed hands searched McKinley’s abdomen for the two bullets, not knowing that the first had ricocheted off a button. McKinley was expected to survive the assassination attempt, but gangrene soon spread within the President’s abdomen. The gangrene led to blood poisoning and President McKinley passed away at 2:15 am on September 14, 1901. 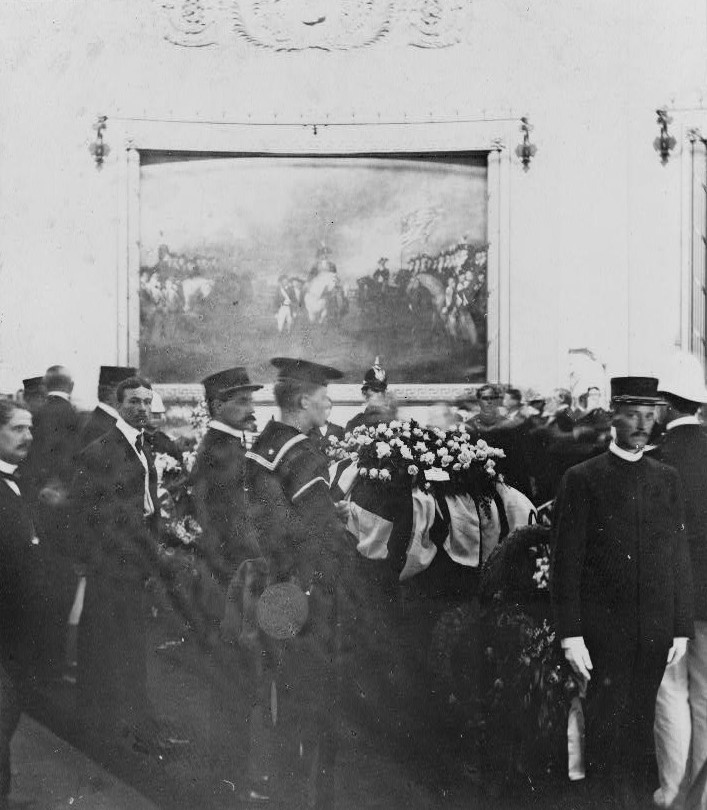 The day that President McKinley died, his vice president, Theodore Roosevelt, was sworn in as the 26th president of the United States. For his crimes, Leon Czolgosz was put on trial for murder nine days after McKinley’s assassination. He was executed by electric chair on October 29, 1901. President McKinley laid in state at the U.S. Capitol Building and a funeral procession brought him to his final resting place in his hometown of Canton, Ohio. At the time, President William McKinley was the third sitting president to be assassinated after Presidents Abraham Lincoln and James A. Garfield. The country had had enough and the Secret Service, who were previously just a branch of the Treasury Department, were then assigned as the formal protectors of the President.