Join us in the Assembly Area to begin your ELC adventure. In this space, visitors are introduced to members of the diverse Army family and given an overview of what it takes to keep the Army running! 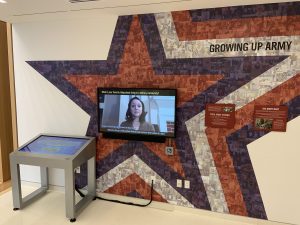 Children of Soldiers have a unique childhood. In this exhibit they give firsthand accounts of being part of the Army family. These “Army brats” across the generations reveal the adventures and challenges of a life defined by their parents’ new duty station or next deployment. 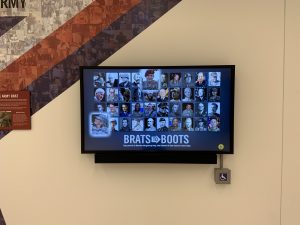 This feature highlights family members who grew up in an Army family and then joined the service when they became adults. 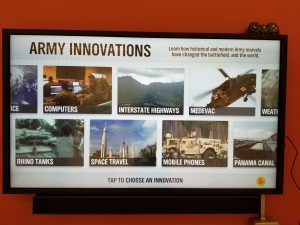 The Army Behind The Army 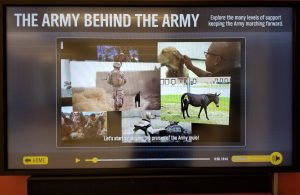 The Army is “always-on,” operating 24 hours a day around the world—and it’s not just Soldiers on duty. “The Army Behind the Army” videos explore some of the unique and surprising aspects of Army infrastructure and Soldier support. 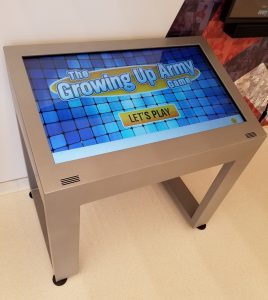 This game invites visitors to test their knowledge of what it’s like to grow up in the Army family.

Move on to  Training Center