“Like Angels from Heaven”: U.S. Army Nurses and the War with Spain 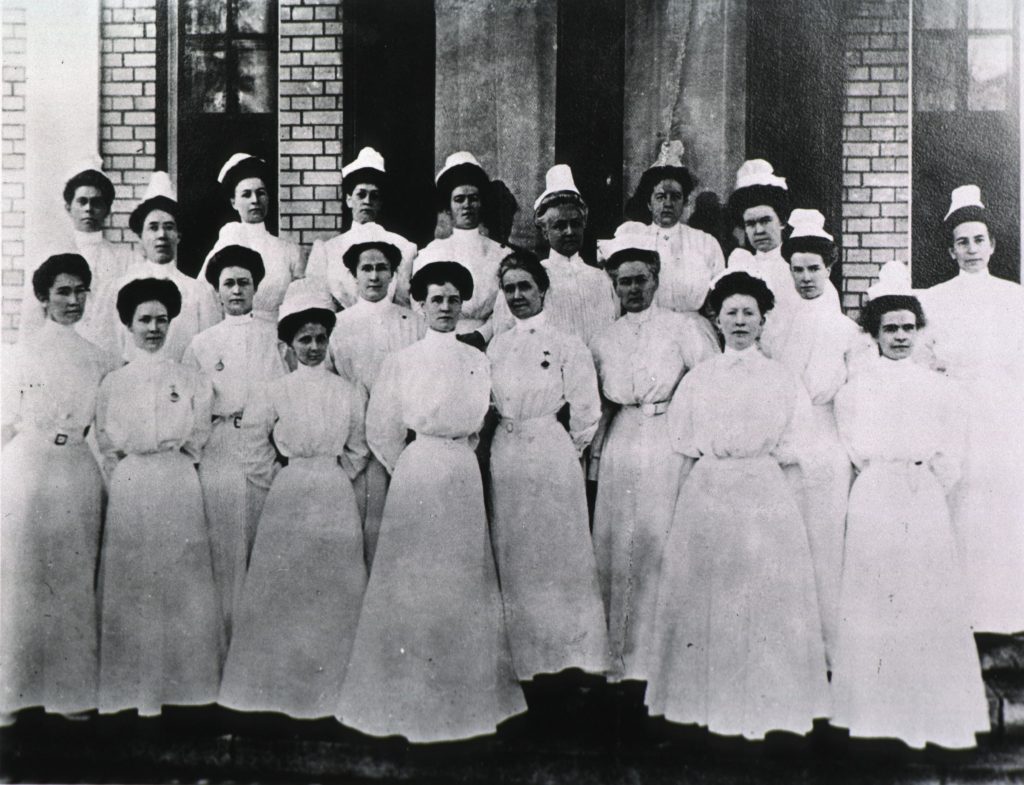 A group of U.S. Army contract nurses in 1898. National Library of Medicine

Program Description:
Women have served the U.S. Army since its founding. Women’s service was often confined to unofficial capacities as volunteer nurses, seamstresses and cooks for troops in camp. While the U.S. Army established contracts with female nurses during the Civil War those were annulled at the war’s conclusion.

In 1898, the United States declared war on Spain. In a short time, the U.S. Army grew from 28,000 Soldiers to over 300,000 men. The influx of Soldiers strained the Army’s resources and lead to crowded camps that lacked supplies and resources. Diseases spread through camps and led to the recruitment of thousands of trained female contract nurses to provide medical support. Nurses dressed wounds, carried out sanitation procedures, and prepared meals. The selfless service of Spanish American nurses forced the U.S. Army to acknowledge the women’s contributions. Three years later, the Nurses Corps was established as a permanent part of the U.S. Army.

In this History Talk, explore the contributions of U.S. Army Nurses during the Spanish American War. Learn how their commitment, challenges, and sacrifices created new professional opportunities for women both in the Army and civilian medical facilities.

Guiding Questions:
How did the Spanish American War advance professional opportunities for women?