Hispanic Americans in the Civil War

The 14th Virginia Infantry Regiment of the Confederate Army was over the stone wall. Just to their south, a small stand of trees, or “copse,” marked their position on Cemetery Ridge. If they held, then Maj. Gen. George Pickett’s charge against the Union line would be a success and the Battle of Gettysburg won. In the words of the defending Union commander, Col. Norman Hall, “the enemy was rapidly gaining a foothold, organization was mostly lost, in the confusion, commands were useless.” Suddenly, the copse of trees on the Confederate right flank erupted. The 19th Massachusetts Regiment of the Union Second Corps, alongside other units, charged into battle with bayonets fixed. Their color bearer, Sgt. Joseph De Castro, from Boston, went into the fight with only his flag. He charged immediately toward the 14th Virginia’s flag bearer and in hand-to-hand combat, seized the rebel flag. He passed the captured flag back to his commander before returning to the fray. The 19th Regiment’s attack worked and drove the Confederates back to their original position, saving the day for the Union Army. De Castro received the Medal of Honor on December 1, 1864, for his actions, becoming the first Hispanic American to do so. De Castro’s bravery at Gettysburg, while worthy of unique mention, is only part of the contribution that Hispanic Americans made to the Union effort during the Civil War.

Hispanic Americans were a small but integral part of the history of the United States from the very beginning. Leaders like Bernardo de Gálvez of Spain, who helped supply the Continental Army in the Revolutionary War, enabled the young nation to win independence from Great Britain. Hispanic Americans, and especially Spanish Americans, helped support the newly established United States in the War of 1812 by providing professional help to the U.S. Army. Others, like Mateo Manrique, the governor of Spanish Florida, viewed the United States as a growing power in the New World and sided with the British during the war. Later, the annexation of Texas and the U.S. victory in the Mexican War brought the Hispanic populations of several modern states (California, Nevada, Utah, Arizona, and parts of Wyoming, Colorado, and New Mexico) into the United States. The inclusion of these states as a part of the Mexican Cession in 1848 meant several million more peoples were now folded into the dynamics of American life.

These populations brought with them their native customs and cultures, including slavery. Mexican Americans in California and New Mexico Territory were primarily anti-slavery, due in part because the Mexican government outlawed the practice of slavery in 1829. Poor Hispanic populations also opposed the racial basis of citizenship in the Confederacy, and were wary of slavery’s expansion. Other Hispanic majority areas, like Texas and regions of Louisiana, were more accustomed to slavery and their economic systems relied upon the labors of the enslaved. Throughout the southwest, many more people opposed the forceful annexation of their homeland through war and resented the U.S. government. Like all other Americans, Hispanic families chose their loyalty to the Union or Confederacy for complex personal, cultural, financial, and social reasons. Their loyalties were tested on April 12, 1861 when the South Carolina militia fired the first shots of the Civil War at Fort Sumter.

While some Hispanic Americans joined the rebellion and served in the Confederate Army, far more answered the call to service in Union ranks. Since the term “Hispanic” was not yet a category of race in the Union Army, the total number of Hispanic Americans who served is unknown, but modern estimates assume 10,000 Soldiers fought to defend the Union. Major cities such as New York, Boston, and Philadelphia produced thousands of volunteers and draftees. Hundreds of first- and second-generation Spanish, Cuban, and Puerto Rican American citizens enlisted in the 39th New York Infantry. The 39th Regiment served in many major battles of the Civil War and was one of the units saved by the 19th Massachusetts Regiment and Joseph De Castro’s charge at Gettysburg. 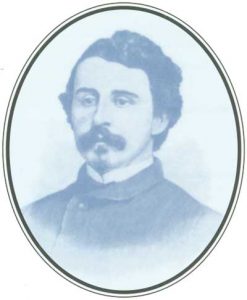 One of the most celebrated of these men was Lt. Col. Henry Pleasants of the 48th Pennsylvania Infantry. Pleasants was born in Buenos Aires in 1833 to an American father and Spanish mother. He moved to Pennsylvania in his youth and became one of Pennsylvania’s many coal miners before the war. After the attack on Fort Sumter, he was commissioned as a first lieutenant and joined the 48th in time to fight in several major battles including Antietam and Fredericksburg. As the war approached Petersburg, Virginia, in 1864, Confederate forces dug impenetrable lines in preparation for a long siege. Pleasants, then a captain, realized most of his men were also coal miners and convinced the Union Army leadership to let him dig a huge tunnel filled with explosives under the Confederate lines. On July 30, in what became known as the Battle of the Crater, Pleasants ignited his explosives and blew a two-hundred-foot-wide hole in the Confederate defenses. The Union Army’s follow up attack eventually faltered, but Union Gen. George Meade, commander of the Army of the Potomac, recognized Pleasants’ contributions by promoting him to brigadier general and giving him command of a brigade for the rest of the war. 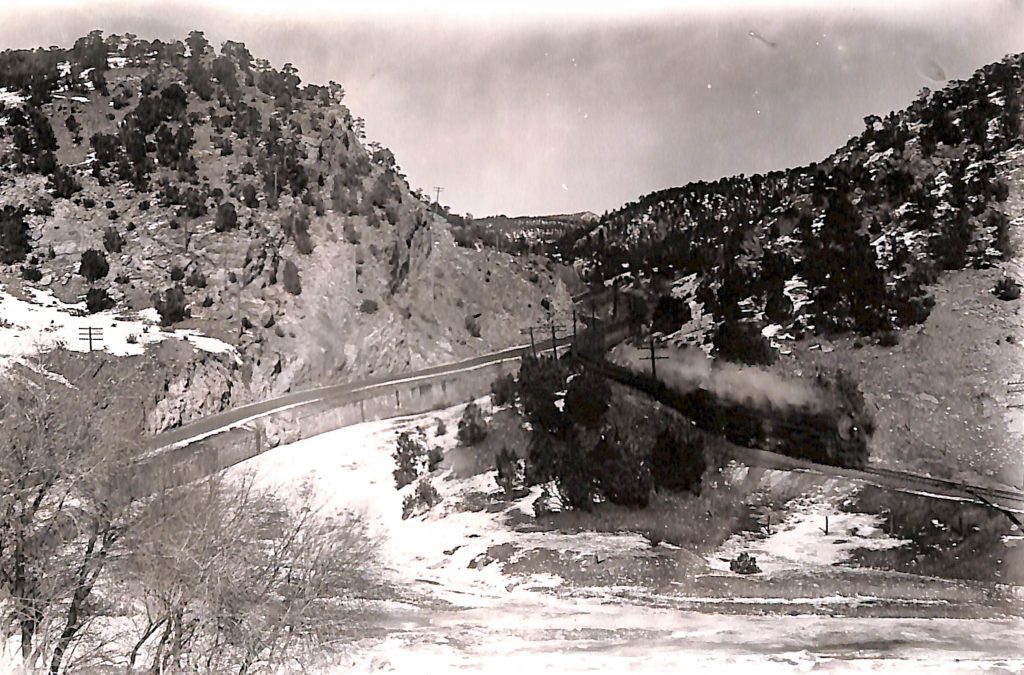 Located just east of Santa Fe, New Mexico, Glorieta Pass was a key route through the Sangre de Cristo Mountains. The Confederates travelled up the Rio Grande River to Santa Fe and then headed to Glorieta Pass. The Confederates wanted to capture the pass and move toward Fort Union, New Mexico, and further north to Colorado. If they were successful, they could stop Union forces from reinforcing southern California and New Mexico. A small, mixed force of Union Regulars and the New Mexico Volunteer Infantry Regiment were the only elements standing in their way. Over the course of two days, the Confederate and Union armies attacked each other in the pass with little to show for their efforts besides mounting casualties. On the third day, March 30, 1862, the New Mexico Volunteers, with help from other units, discovered and destroyed the Confederate supply train. Without ammunition and wagons, the rebels were forced to retreat through Santa Fe and back to Texas. The New Mexico Volunteers won a great victory for the Union and for themselves.

Hispanic Americans sacrificed both on and off the battlefield. Hispanic American communities in the southwest were ravaged by war. The territories occupied by Hispanic Americans were only very recently included in the United States and its inhabitants did not possess full voting rights or citizenship in the United States. Their limited status as U.S. citizens left them without a voice in politics throughout the war. That the women left behind lacked any right to vote only further compounded their suffering. Despite their difficulties, Hispanic women displayed remarkable resilience throughout the war.

Even in the face of the hardships and sacrifices suffered by Hispanic Americans on and off the battlefield, the Civil War became a source of pride and hope for many communities. The heroism of De Castro and Pleasant’s ingenuity provided young Hispanic Americans role models in the late 1800s. The Civil War also pushed the areas of Nevada and Colorado to statehood and gave its populations more civil rights and access to the U.S. government. Most importantly, the Civil War and the Emancipation Proclamation abolished slavery throughout the United States.

The abolition of slavery in the United States brought hope to other Spanish-speaking countries. Cuba, Brazil, and other locations in Latin and South America still allowed slavery, and abolitionists in those countries saw a path to freedom once the United States banned slavery. Hispanic Americans also viewed the destruction of slavery as the first step toward reducing racial bias in the United States. Change and progress came slow to Hispanic Americans, and continues to this day. Their rights and privileges as Americans are well earned. The stories of Joseph De Castro, Henry Pleasants, and the New Mexico Volunteers are a testament to the service and sacrifice of all Hispanic Americans in the nation’s bloodiest conflict.

Pleasants, Henry. The Tragedy of the Crater. Boston: The Christopher Publishing House, 1938.