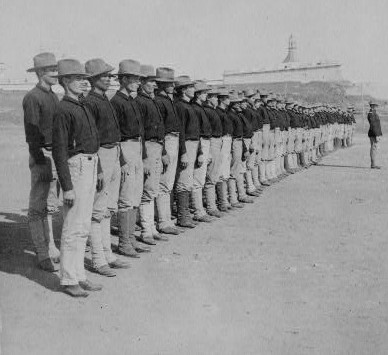 After the end of World War I, the Army reduced in size to pre-war levels. Most Puerto Rican officers, non-commissioned officers, and enlisted Soldiers returned home. During the drawdown, the Puerto Rican Regiment of Infantry was re-designated the 65th Infantry Regiment of the Regular U.S. Army. The Regular Army differed from the state volunteers and militias that made up most of the units before World War I because it was a full time, professional force. This change was a significant one for the officers of the regiment, as all commissioned officers in the Regular Army were required to be American citizens. Since the 65th was re-designated into the Regular Army, its officers automatically received American citizenship. From 1920 to 1941, the 65th Infantry continued to train alongside other U.S. Army units and other branches of the military until the United States entered World War II. 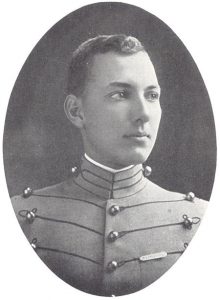 Although Puerto Rico lies almost 5,000 miles east of Pearl Harbor, the events of December 7, 1941 had a profound effect on the island’s people and way of life. Puerto Rico mobilized its population and economy for the war effort, rationing and sacrificing alongside Americans throughout the country. Almost immediately, Puerto Rican enlistments outpaced the Army’s ability to adequately place them in units. In addition to the 65th Infantry, which remained in the Regular Army, Brig. Gen. Luis Esteves raised two more units of Puerto Rican National Guardsmen. Esteves was a well-known officer throughout the Army, the first Puerto Rican graduate from the U.S. Military Academy at West Point, and a classmate to General Omar Bradley and President Dwight Eisenhower. Esteves’s new units, the 295th and 296th Infantries, alongside the 65th Infantry, quickly began training for war. While these units were the primary designated Puerto Rican combat units, over 65,000 men and women from Puerto Rico or of Puerto Rican descent served in World War II.

Thirteen months after Pearl Harbor and the U.S. entrance into World War II, the 65th Infantry deployed in January 1943 to the Panama Canal Zone, where their predecessors served 26 years earlier. On February 4, 1944, the 65th Infantry was ordered to North Africa in preparation for the invasion of Europe. While there, the Puerto Rican Soldiers conducted amphibious training and security operations. In North Africa, Col. Antulio Segarra, a native of Cayey, Puerto Rico, took command of the 65th Infantry. In doing so, Segarra made history as the first Puerto Rican officer to command a regiment in the Regular U.S. Army. Finally, in October 1944, the 65th Infantry was assigned to the Seventh Army to help defeat German forces in southern France and end the war. 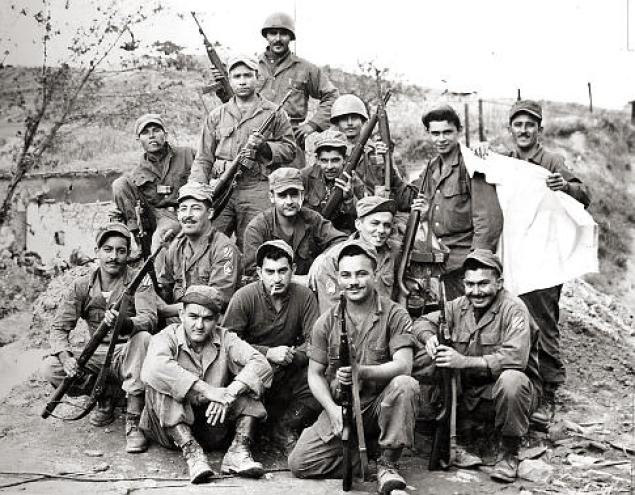 When the 65th Infantry landed near Nice, France, it immediately broke up into three separate elements. The 1st Battalion was sent to defend the Sixth and Seventh Army Headquarters from attack by German infantry and planes. The 2d Battalion provided security for resupply trains moving towards the front in southern France. The final unit, composed of the Regimental Headquarters, 3d Battalion, and support companies, was assigned to the front line near Peira Cava, France. Peira Cava was surrounded by the high, snowy peaks of the Maritime Alps, far from the dusty and hot environment that the 65th Infantry trained in while stationed in northern Africa. There, they guarded the Sixth Army’s right flank and conducted patrols to prevent the enemy from spying on future U.S. Army operations. Their job was an important one, as the German Army in November and December 1944 was preparing a major operation in a desperate attempt to win the war.

The main German attack occurred north of the 65th, in what was later known as the Battle of the Bulge. Meanwhile, the German 107th Infantry Regiment made many probes against the 65th Infantry’s lines. Throughout the early winter, German forces conducted small-scale ambushes and assaults against the 65th Infantry. Each time, the Puerto Rican Soldiers held the line. On December 15, 1944, a German attack on Company L, 3d Battalion, was again stopped, but this time at the cost of two lives. Sgt. Angel Martinez and Pvt. Sergio Sanchez-Sanchez became the first two 65th Infantry Soldiers killed in action. By the end of December, five more men had been killed and another ten wounded, a part of the 47 casualties inflicted by German forces before the end of the war.

After the German Army had been stopped in early 1945, the U.S. Army counterattacked along the entire western front. The 65th Infantry reconsolidated back into a single fighting force near Lorraine, France and joined the attack east towards Germany. Finally, in March 1945, the 65th Infantry crossed the Rhine River into Germany and began occupying key towns and crossroads. While the 65th Infantry’s time in combat had been brief, its brave Soldiers earned a Distinguished Service Cross (the Army’s second highest award for bravery), two Silver Stars, and numerous Bronze Stars and Purple Hearts. The 65th also earned campaign participation credit for Rome-Arno, Rhineland, Ardennes-Alsace, and Central Europe.

Puerto Rican sacrifice and bravery was not just limited to the 65th Infantry. While that unit served as the largest group of Puerto Rican Soldiers during World War II, countless men and women of Puerto Rican heritage served honorably in other units as well.

Pfc. Luis Castro, from Orocovis, Puerto Rico, was assigned to the 47th Infantry when the German Army broke through his platoon’s front line during the Battle of the Bulge. Castro was alone on his platoon’s flank when he noticed two platoons of enemy soldiers moving towards his position. Even though he was short on ammunition, he held out against the two platoons with his rifle and grenades. Castro’s actions forced the enemy to retreat, leaving 15 dead and wounded German soldiers behind. For his actions, he was awarded the Distinguished Service Cross by the commanding general of the Fifth Army.

Across the world, another Puerto Rican Soldier led his men through one of the toughest experiences of the war. Brig. Gen. Virgilio Cordero, from San Juan, Puerto Rico, was a battalion commander in the 31st Infantry on the Bataan Peninsula in the Philippines when the Japanese attacked on the same day as Pearl Harbor, December 7, 1941. After holding out against incredible odds to buy time for other units to escape, Cordero was taken prisoner by the Japanese Imperial Army in April 1942. Cordero and the rest of the captured American and Filipino defenders endured incredible hardships at the hands of the Japanese occupiers, and almost half of them never returned home. Cordero remained imprisoned by the Japanese for almost three years before the United States liberated the Phillipines in January 1945. For his actions during the Battle of the Bataan and the later occupation, Cordero received his second Silver Star Award in 1947.

The sacrifice of Cordero and the bravery of Castro are brief glimpses into the nature of Puerto Rican service in World War II. Alongside groundbreaking leaders like Esteves and Segarra, Cordero and Castro’s stories paint a picture of honorable and dedicated service to the United States Army by Puerto Rican men and women. Their willingness to serve alongside white, Black, and Japanese American Soldiers should have marked a drastic turning point for the acceptance of Puerto Rican people and culture in the United States. Sadly, however, this was not always the case.

The United States was still grappling with segregation inside and outside the military when World War II broke out. Because of both institutional and personal prejudices, minority units, like the 65th Infantry, were sometimes considered inferior to other units and thus assigned to jobs behind the lines. This racism is partly the reason why the 65th Infantry only deployed to France in late 1944. However, the fighting spirit of the 65th, the bravery of Castro, the determination of Cordero, and the sacrifice of men like Martinez and Sanchez-Sanchez did much to create a sense of pride within Puerto Rico and earned respect for Puerto Ricans throughout the military. 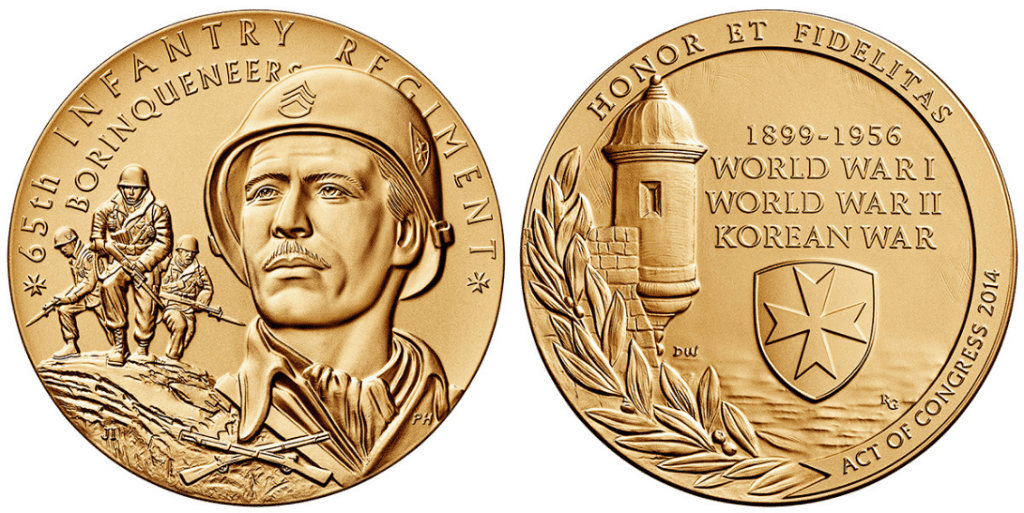 The 65th Infantry went on to have a long and storied history through the Korean War and beyond. It serves today in the U.S. Army Puerto Rico Army National Guard. In 2016, the 65th Infantry Regiment, nicknamed “Borinqueneers,” received the Congressional Gold Medal for its contributions to the United States. The citation, in part, reads:

“The service of the men of the 65th Infantry Regiment is emblematic of the contributions to the armed forces that have been made by hundreds of thousands of brave and patriotic United States citizens from Puerto Rico over generations, from World War I to the most recent conflicts in Afghanistan and Iraq.”

It is the first Hispanic American unit to receive the award. It is also the first unit from the Korean War honored as well. The story of Puerto Rican service is still being written by the brave men and women in the active duty Army, Army Reserve, and National Guard. Their loyalty, duty, and selfless service is a source of pride not only for Puerto Ricans, but U.S. citizens everywhere.