A New Birth of Freedom

1846-1891
The Preserving the Nation Gallery gives visitors an understanding of the Army’s part in the defining American event of the 19th century, the Civil War. This gallery also documents the Army’s role in westward expansion, including the Lewis and Clark Expedition, the Indian Wars and the Mexican War. 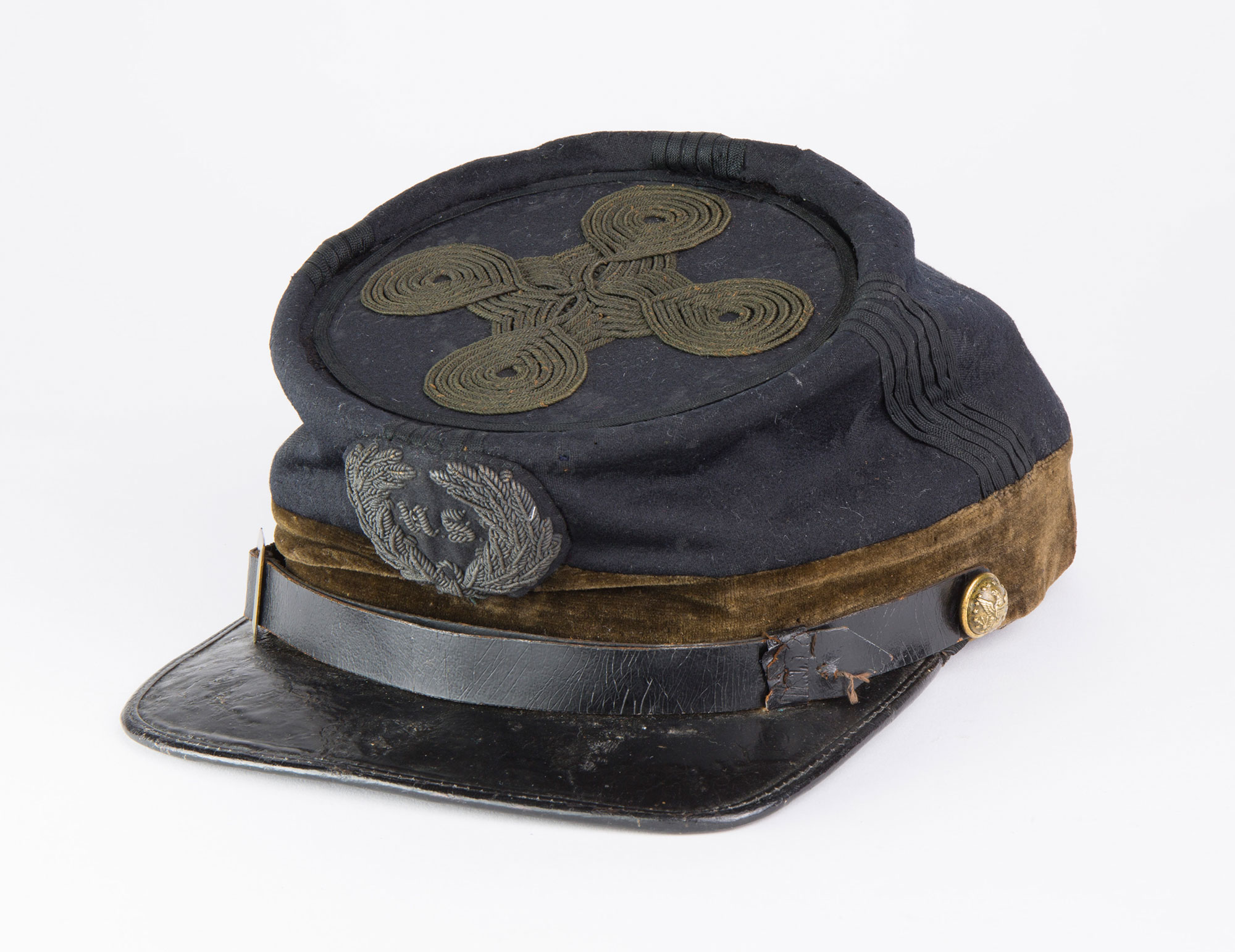 General Grant’s Forage Cap -Forage caps, also known as kepis, with their exaggerated height in the back and sloping front visors, became popular headgear for Soldiers in the Union Army. When Ulysses S. Grant was appointed commanding general of the Army on March 10, 1864, he was promoted to the rank of lieutenant general. 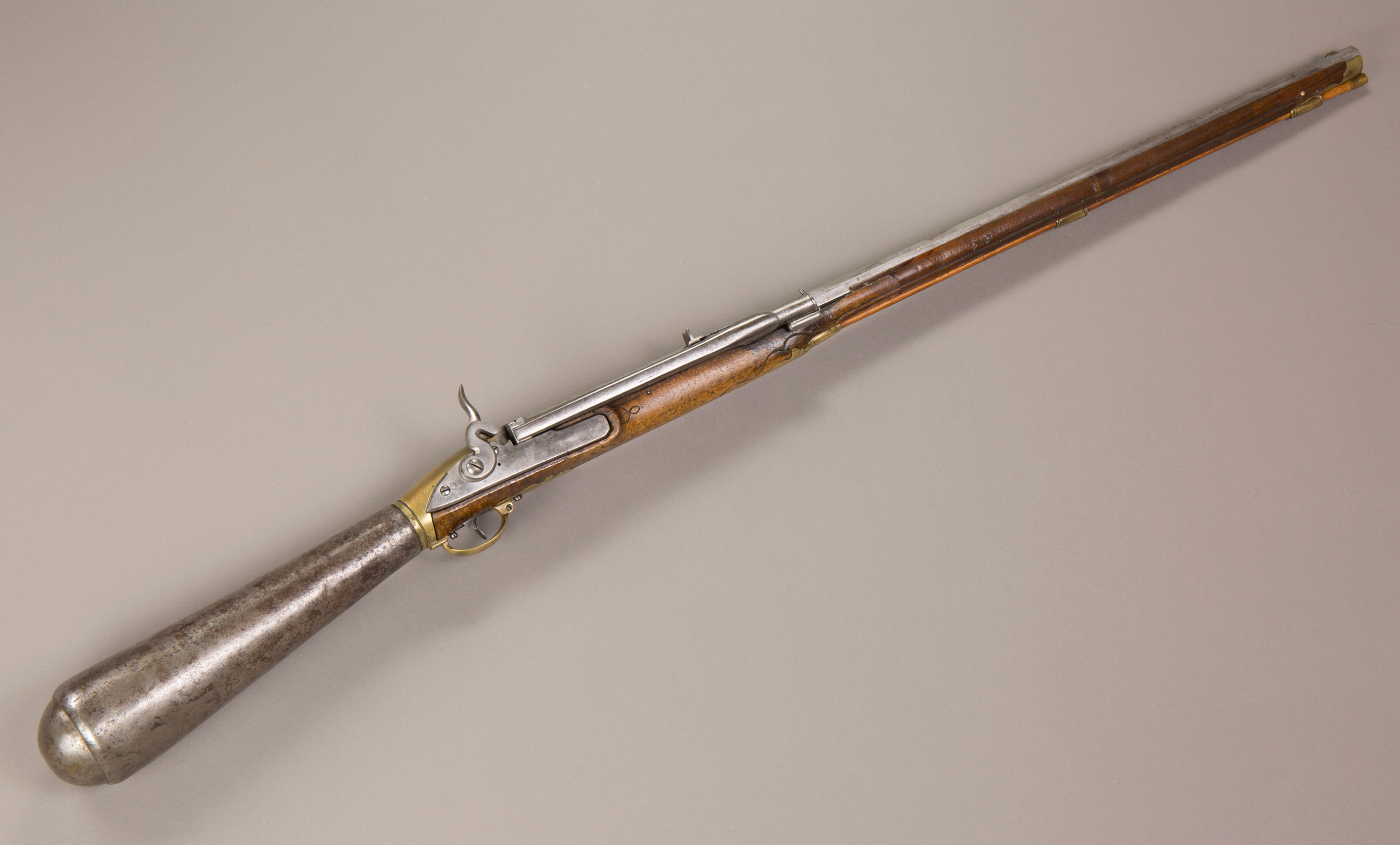 Bartolomeo Girandoni Repeating Air Rifle -This air rifle was used by Capt. Meriwether Lewis during the expedition to explore the Louisiana Purchase. Lewis used the Girandoni’s power and rate of fire to impress American Indian tribes encountered on the route across the continent. 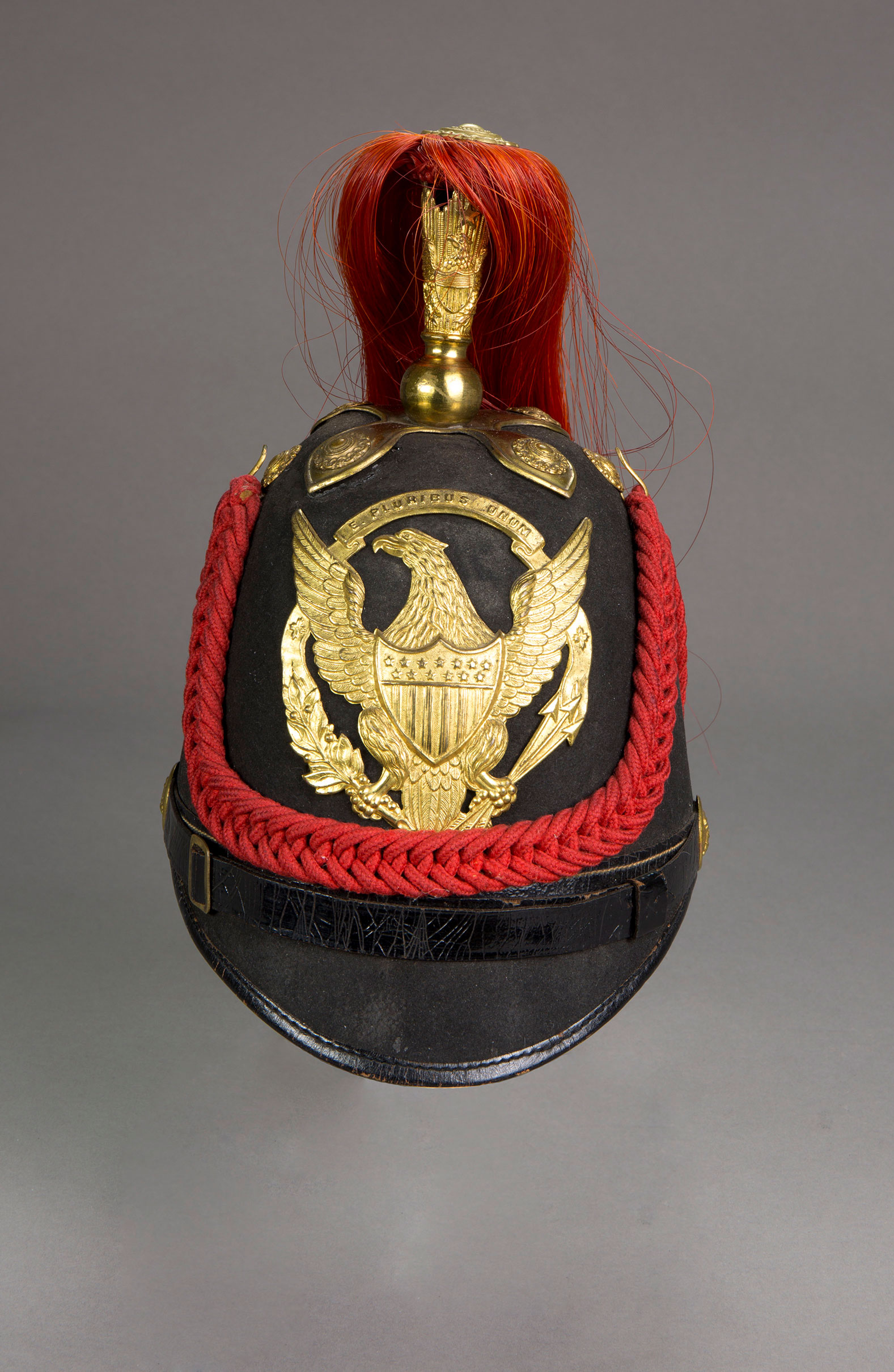 M1872 Artillery Dress Helmet -In 1872, all mounted troops were issued new dress helmets, possibly based on Prussian headgear of the time. They consisting of a high-crowned, plumed felt helmet with cords in the color of the branch of service—yellow for cavalry, red for light artillery and orange for signal corps. 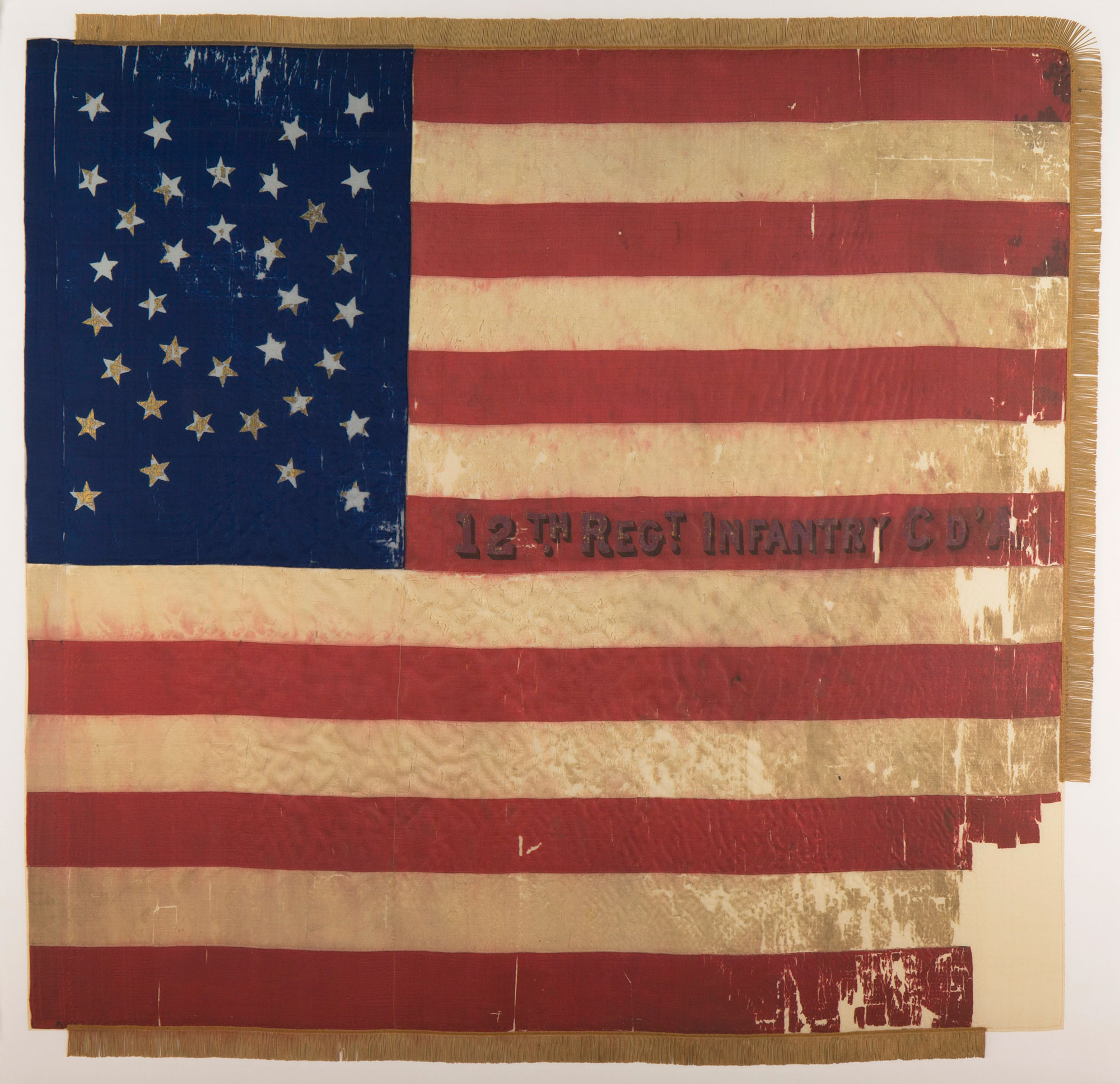 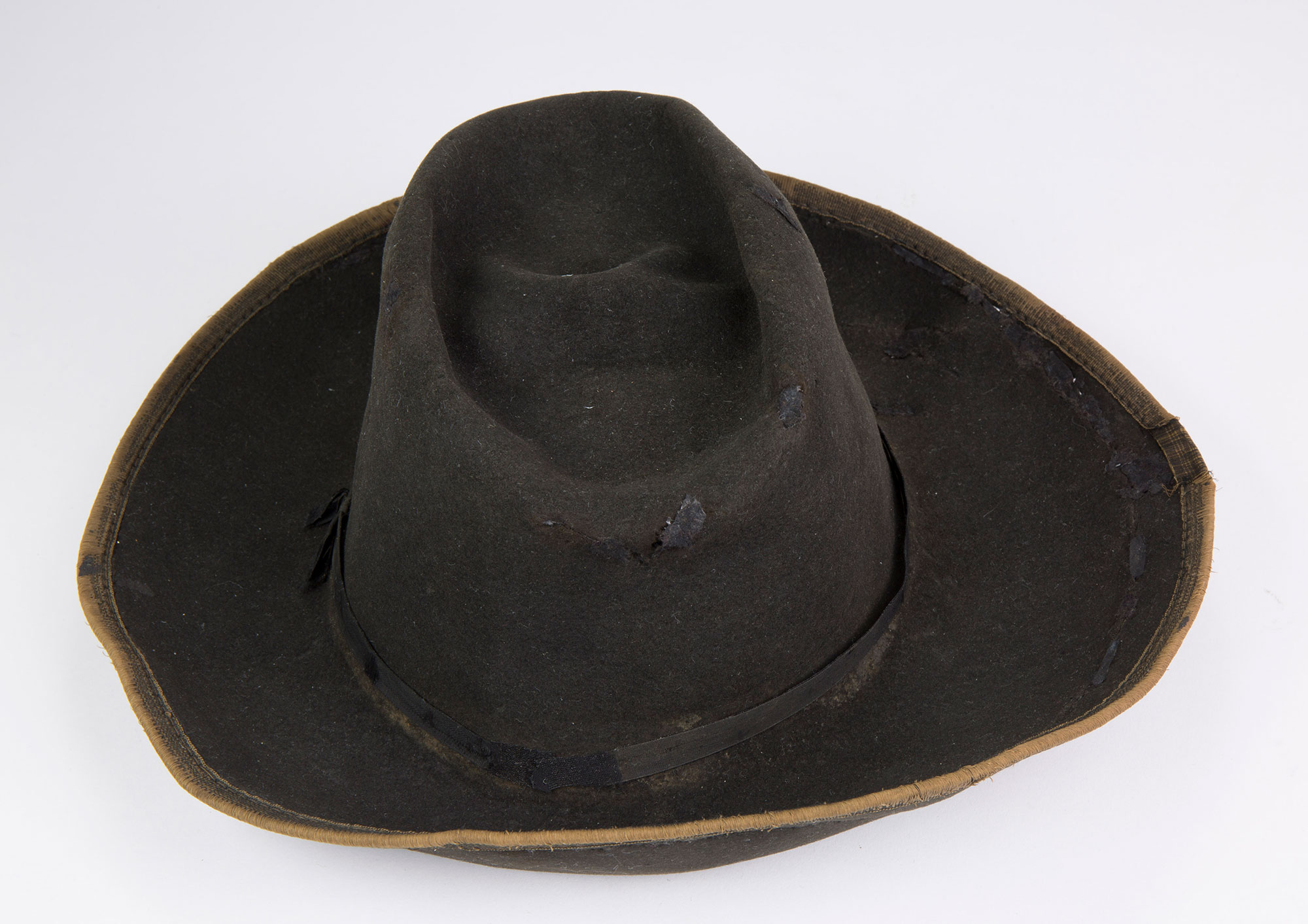 “A double purpose induced me and most others to enlist, to assist in abolishing slavery and to save the country from ruin.” 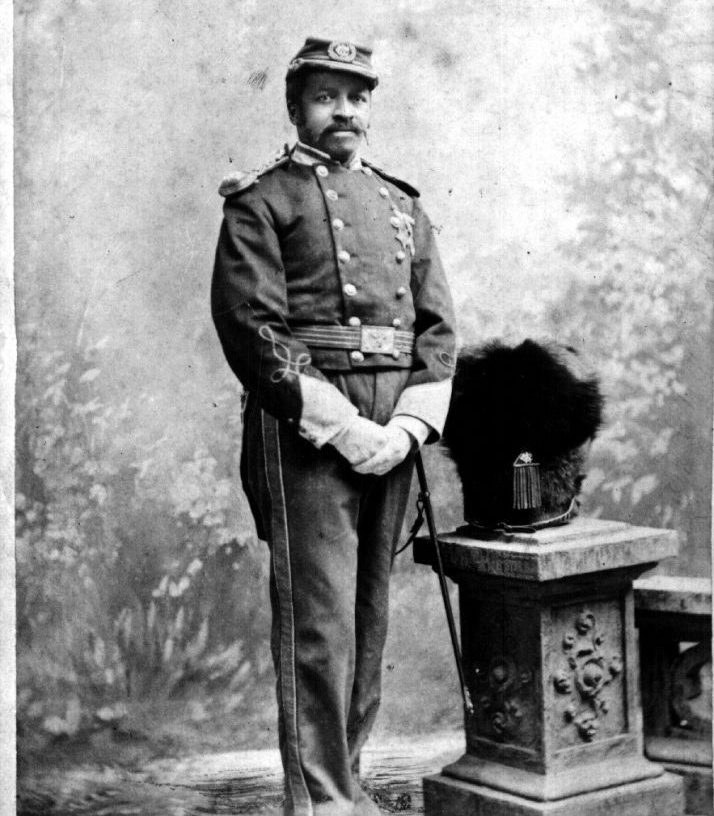 The 4th U.S. Colored Infantry was organized in Baltimore in July 1863, and Fleetwood, a…

The 4th U.S. Colored Infantry was organized in Baltimore in July 1863, and Fleetwood, a publisher, became the regiment’s sergeant major. On September 29, 1864, at Chaffin’s Farm on the outskirts of Richmond, Va., the regiment charged a Confederate position with Fleetwood leading on the left flank. When two of the color bearers went down, he grabbed the American flag and carried it to the end of the battle. He received the Medal of Honor for his actions. 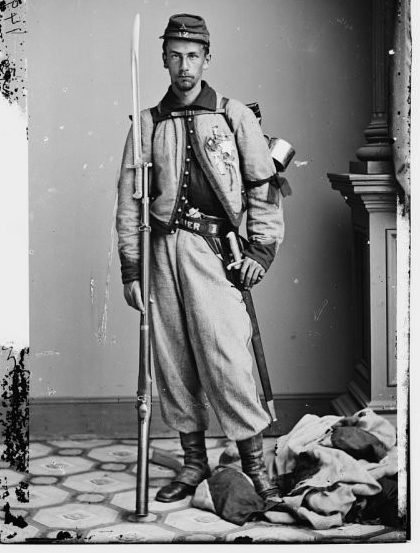 In May 1861, Brownell and his regiment, known as the 11th Fire Zouaves—because they were…

In May 1861, Brownell and his regiment, known as the 11th Fire Zouaves—because they were New York City firefighters—arrived in Washington, and were mustered into federal service. On May 24, the Zouaves crossed the Potomac River into Alexandria, Va. When the regimental commander, Col. Elmer Ellsworth, was shot dead while attempting to take down a Confederate flag, Brownell shot the innkeeper who killed his colonel. In 1877 he received the Medal of Honor for his actions. 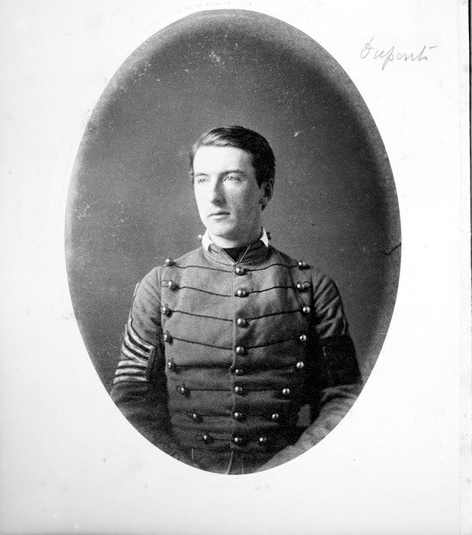 Henry Algeron du Pont graduated first in his class at the U.S. Military Academy at…

Henry Algeron du Pont graduated first in his class at the U.S. Military Academy at West Point, just after the beginning of the Civil War, in 1861. While remaining loyal to his native state of Delaware, he would see service at the battles of Third Winchester and Fishers Hill. In 1898, du Pont’s actions at Cedar Creek would be officially recognized when he received the nation’s highest military honor, the Medal of Honor. Du Pont would return to Delaware in 1875 where he would become president of a railroad company and be twice elected to the U. S. Senate. 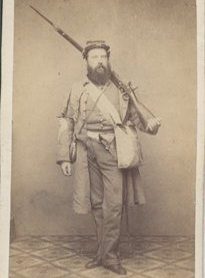 Rathbone, an insurance executive and volunteer firefighter in New York, was the sergeant major of…

Rathbone, an insurance executive and volunteer firefighter in New York, was the sergeant major of his militia regiment. On April 19, 1861, four days after Lincoln called for the states to assemble 75,000 militia, the regiment left New York for Washington to be mustered into federal service. In June, Rathbone and his regiment returned to New York. The regiment was called into federal service two more times during the war in 1862 and in 1863. 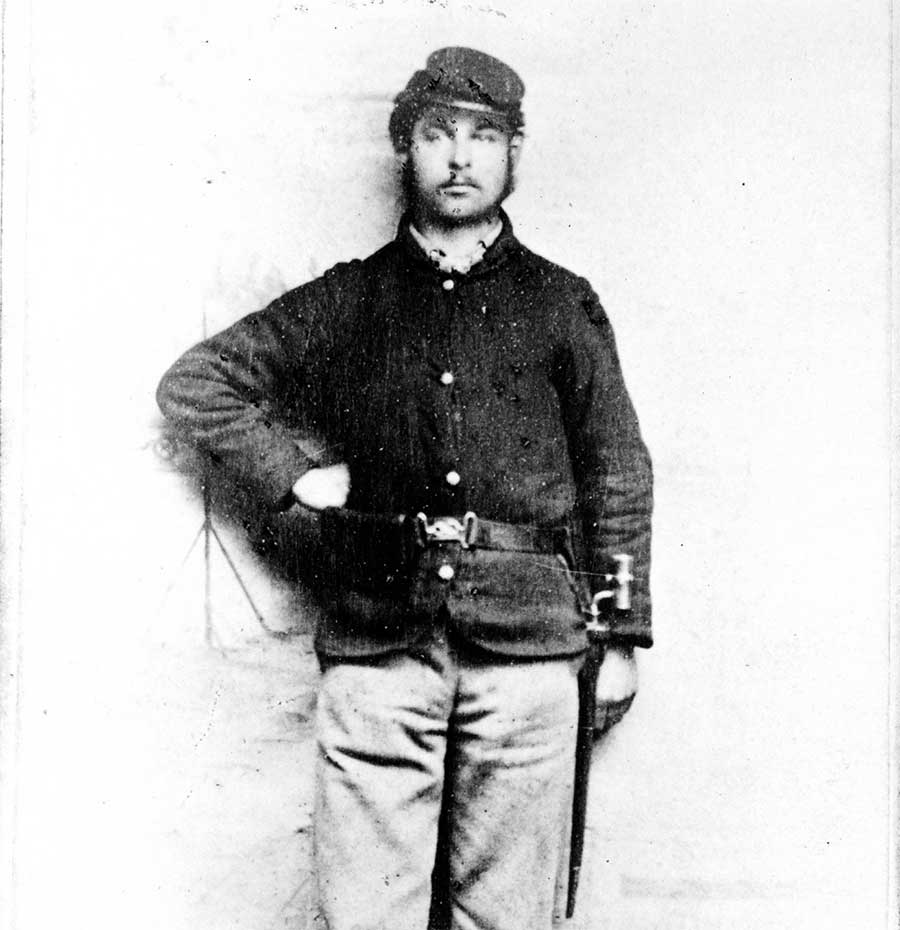 Reed was a talented artist who filled several sketchbooks depicting the everyday life of average Soldiers. He enlisted as a bugler and served with his battery until 1864 when he was detailed as an assistant topographical engineer to draw maps for the Army of the Potomac. In 1895, 32 years after the event, he earned the Medal of Honor for rescuing his battery commander at the battle of Gettysburg.