1898-1918
The Nation Overseas Gallery explores the Army‘s first venture onto the world stage. Operations in China and the Spanish-American War are exhibited, as are the Army’s operations along the Mexican-American border. The remainder of the exhibit focuses on the Army’s role in World War I and the changing face of warfare. Visitors also encounter an immersive exhibit, portraying the Army’s advance during the Meuse-Argonne Offensive which prominently features the FT-17 Renault “Five of Hearts” Tank. 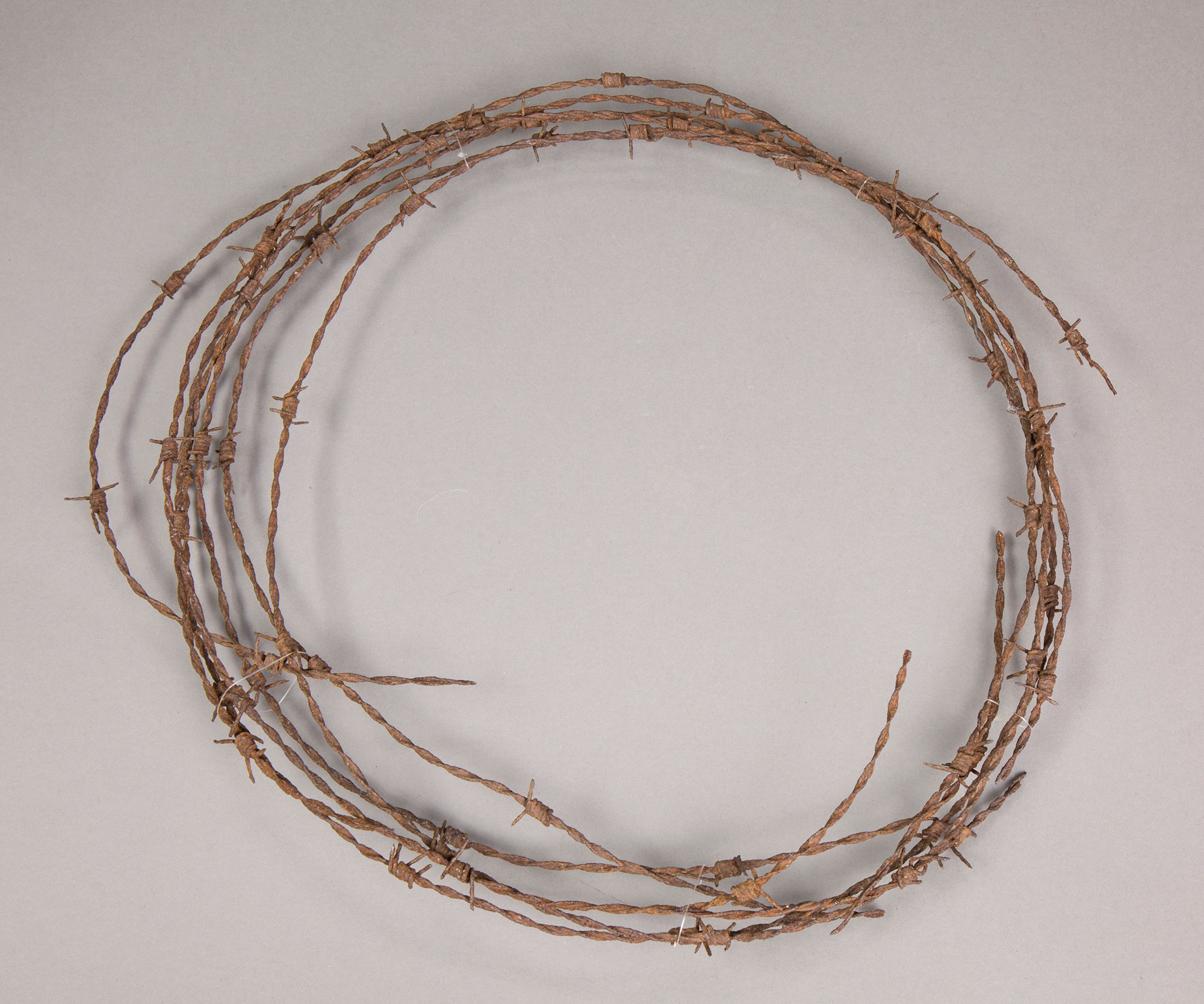 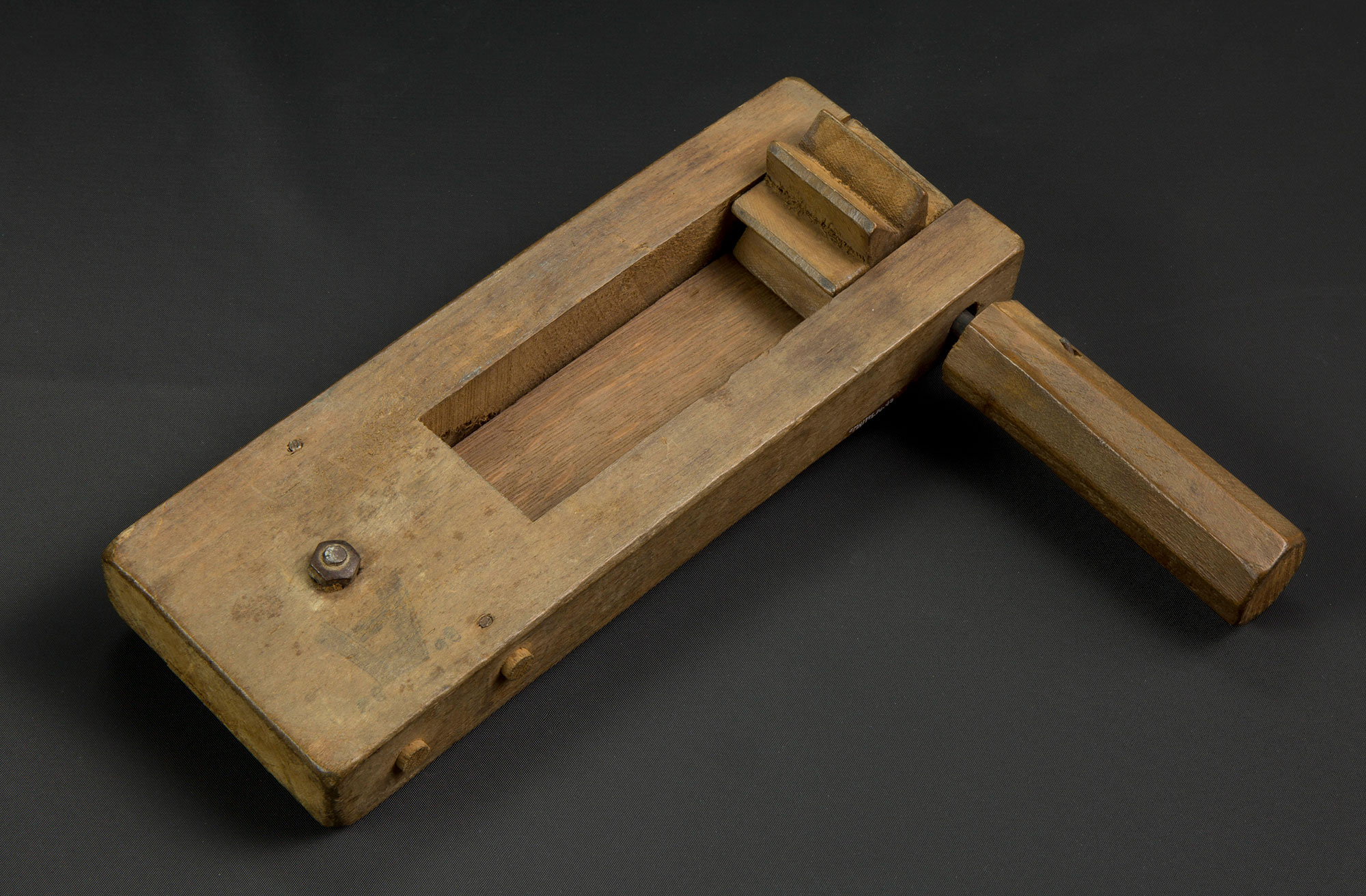 Gas Alarm -This rotary wooden rattle was used to alert troops to the presence of poison gas. 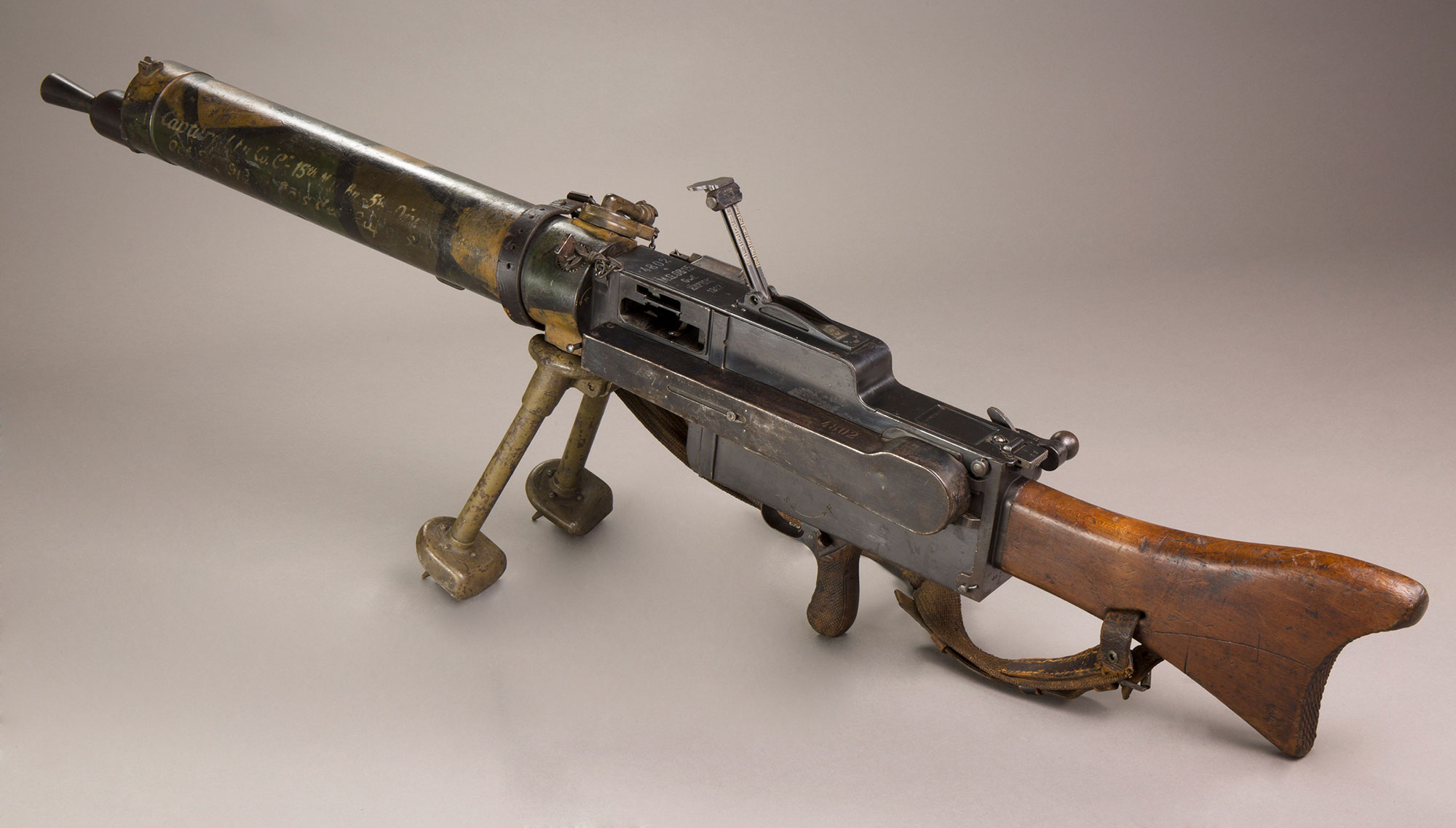 German 08/15 Machine Gun -This is the standard German machine gun of World War I. Operated by a crew of four, it could fire up to 400 rounds of 7.62 mm. ammunition per minute at ranges up to 3,500 meters. 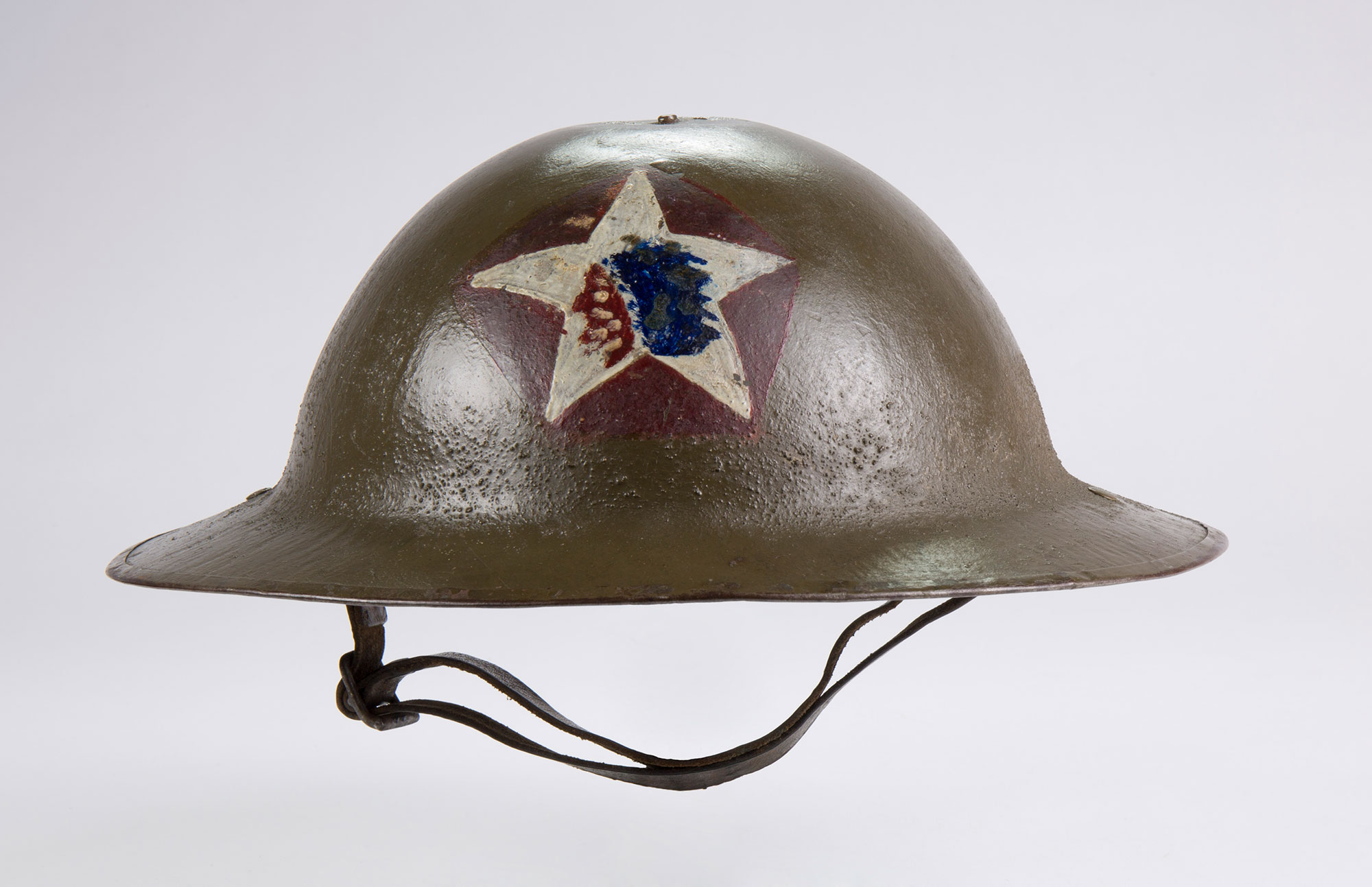 Steel Helmet, Model 1917 -Brothers Frank, Paul, and George Myers each served in a different division in World War I. This helmet, marked with the insignia of the 2nd Infantry Division, belonged to George. 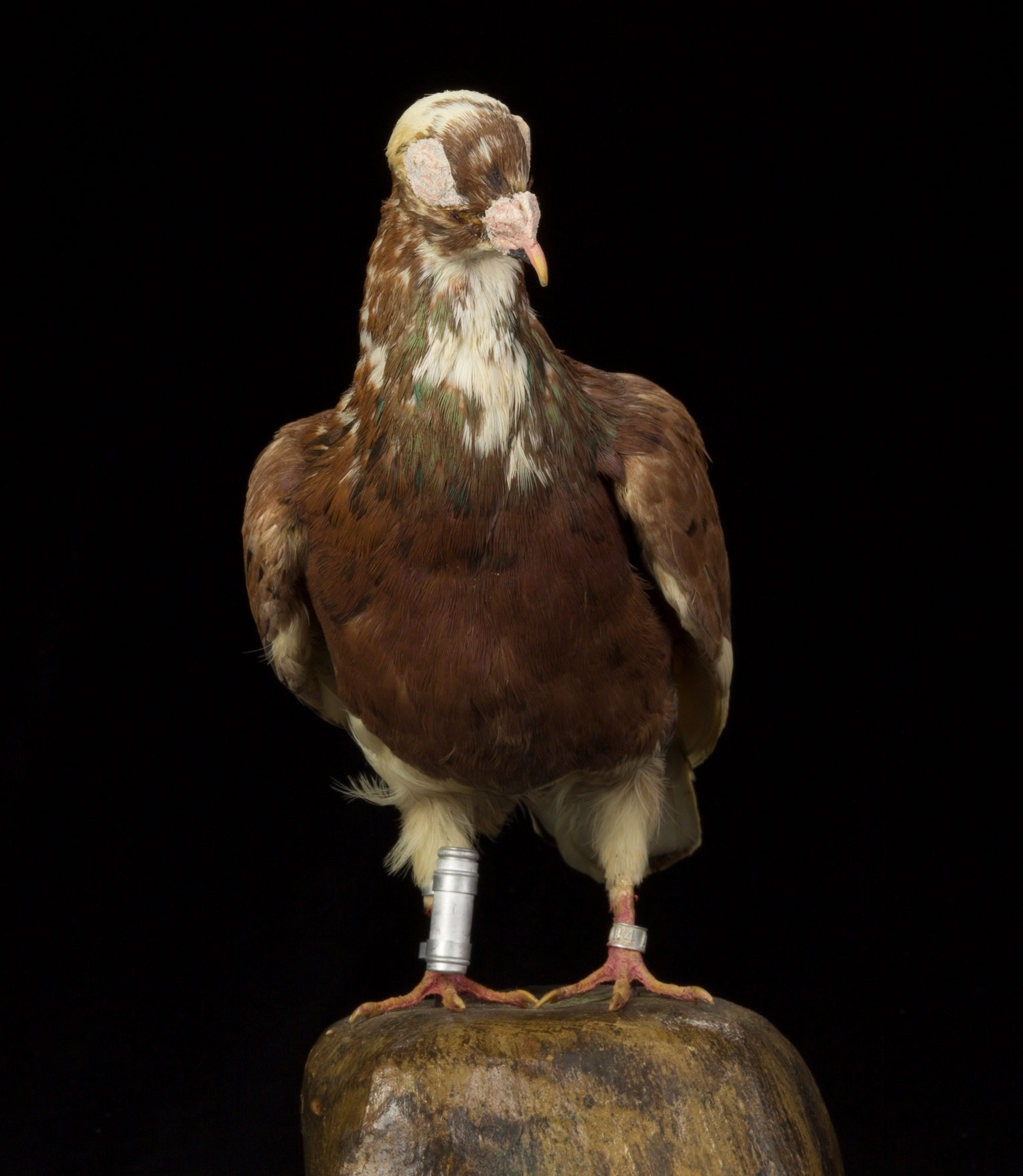 Homing Pigeon “Mocker” -“Mocker,” a Signal Corps homing pigeon, flew 52 missions before he was wounded severely while carrying an important message at Saint-Mihiel, France, in September 1918. 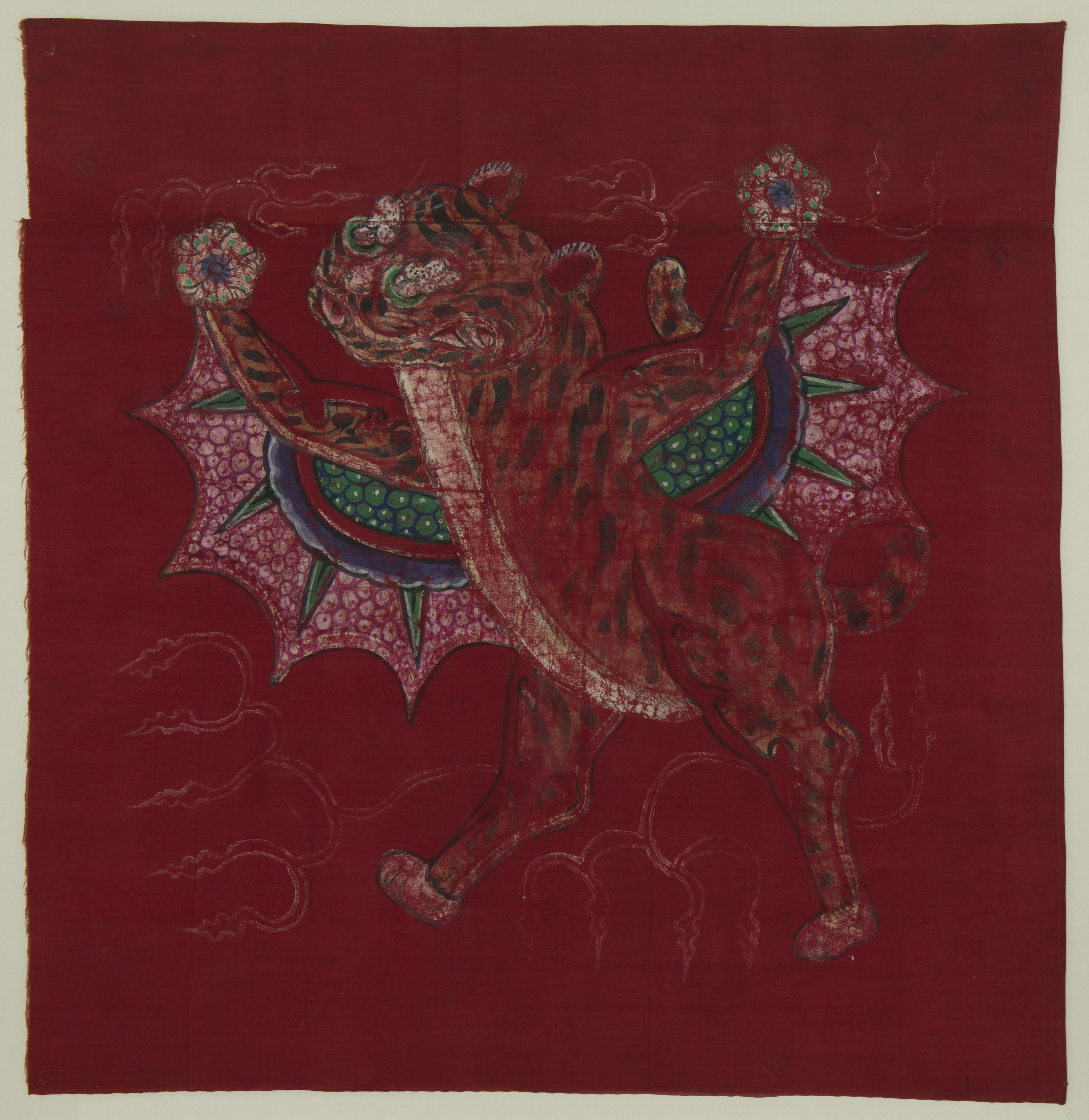 “I am up at the front line now, and I tell you sister, it is not an easy life dodging these cannon balls.” 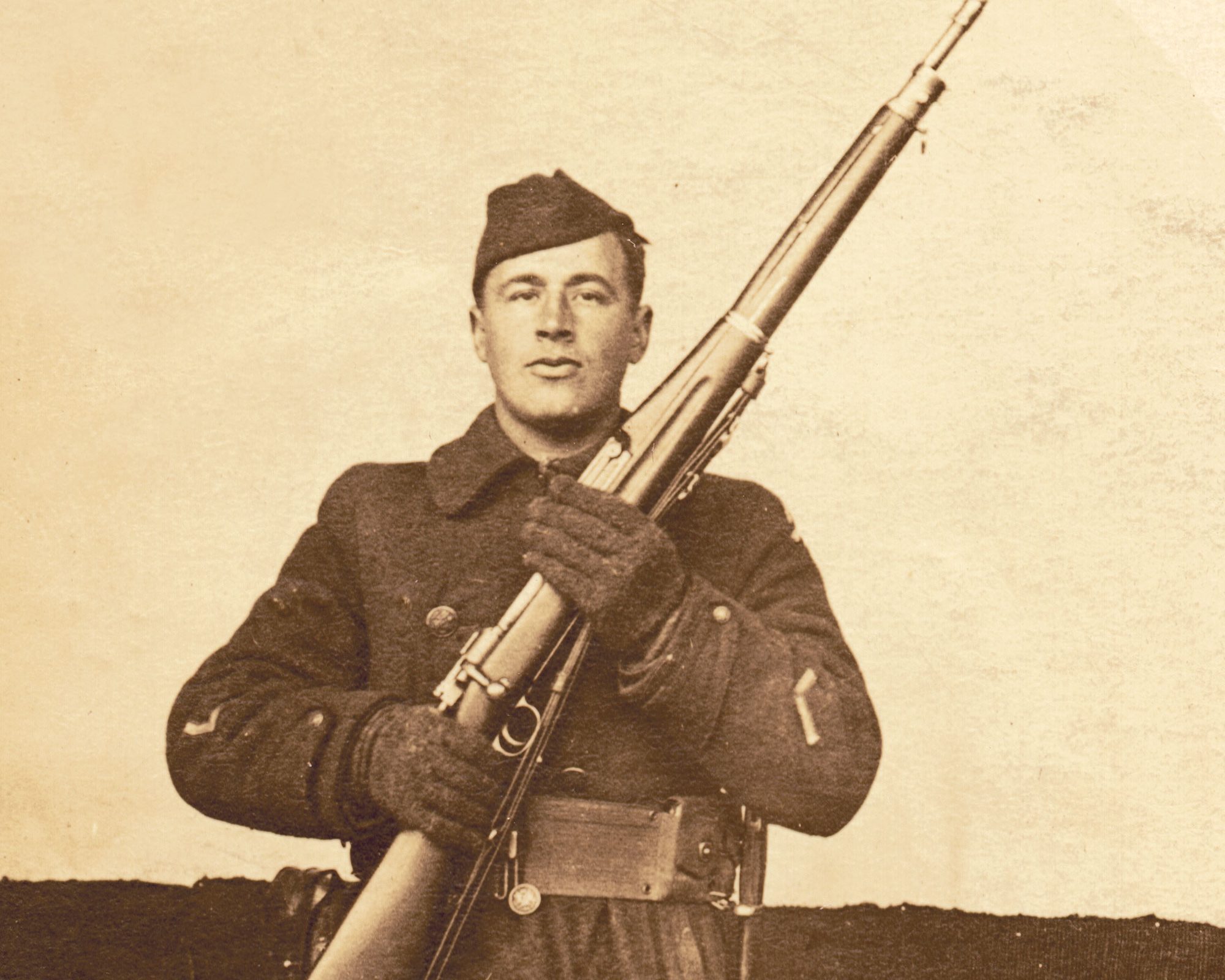 On July 15, 1918, Sandburg’s regiment, the 38th Infantry, successfully held a position 200 yards from the Marne River. The two flanks of the 38th Infantry moved toward the river—squeezing the German attackers between them—and exposing the regiment and the enemy to heavy shelling by the 3rd Division Artillery. With this brave stand, the 38th Infantry earned its nickname “Rock of the Marne.” 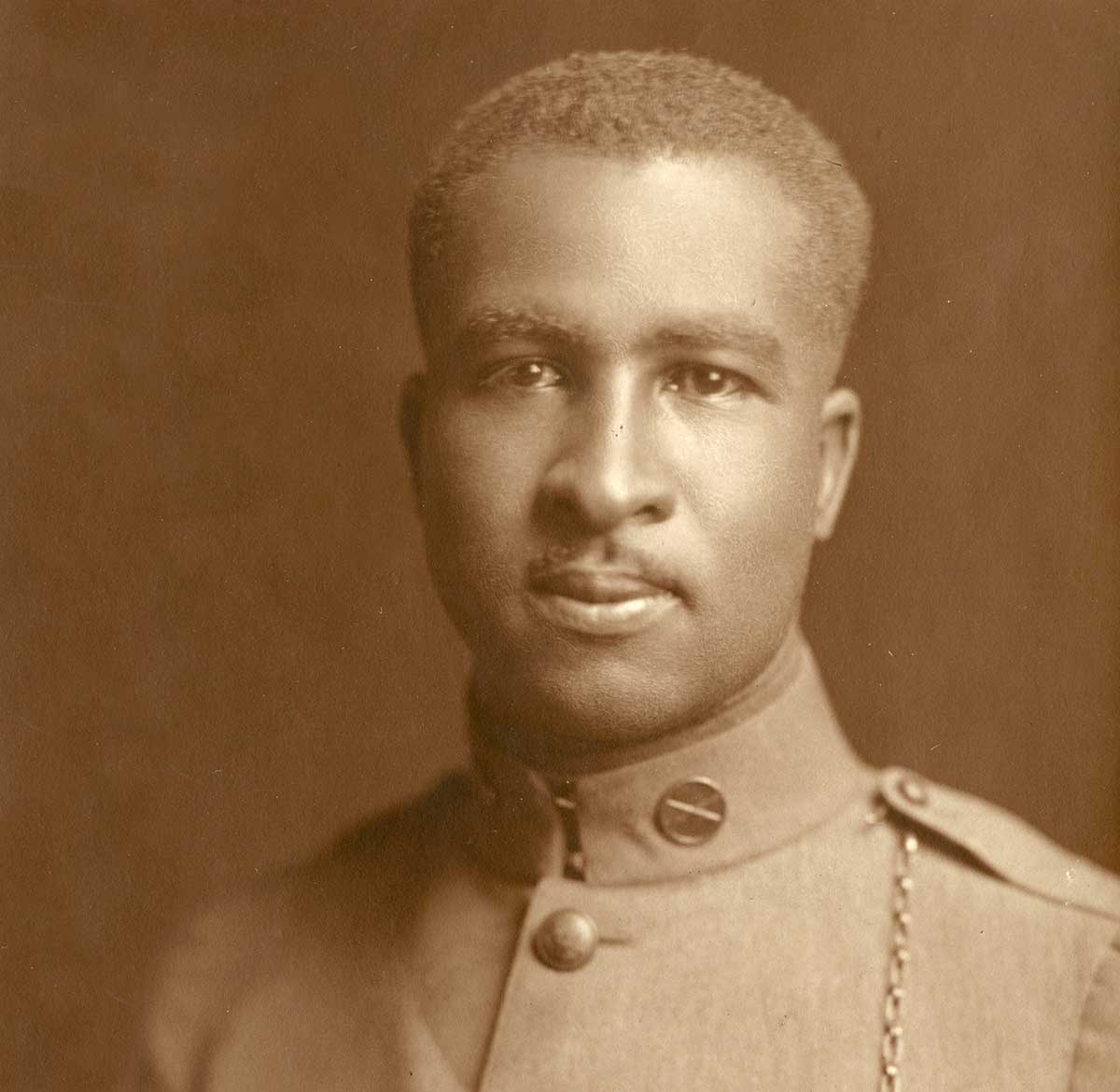 Theodore Banks served in a segregated pioneer infantry regiment with African American enlisted men and white officers. Pioneer infantry regiments worked under the direction of engineers building roads, bridges, gun emplacements and camps, but they could fight as infantry when necessary. Banks joined the Army in 1918, served in France with his regiment, and received the French Croix de Guerre for gallantry. 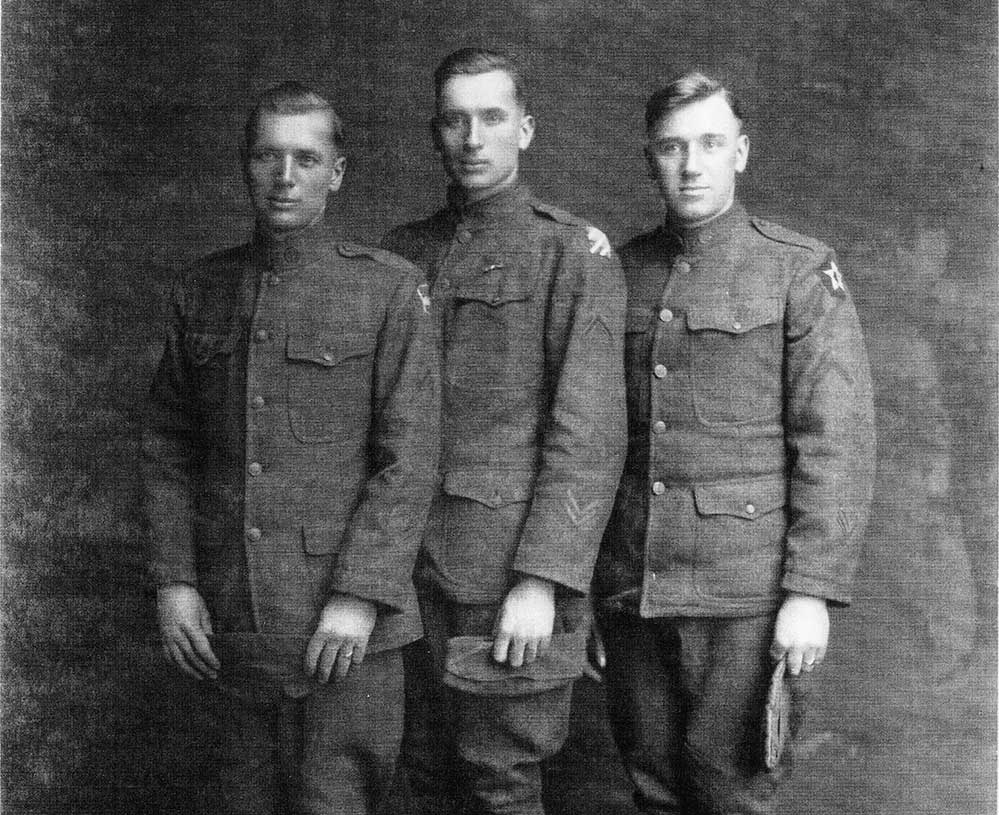 For the Myers brothers, World War I was a family affair. All three were Soldiers,…

For the Myers brothers, World War I was a family affair. All three were Soldiers, but they were assigned to different divisions. George was an infantryman in the 2nd Division with its distinctive Indianhead insignia. Frank, an artilleryman, wore the blue and white stripes of the 3rd Division. Paul served as a military police officer in the 80th Division, which had three stylized mountains in its insignia symbolizing the division’s nickname of “Blue Ridge.” 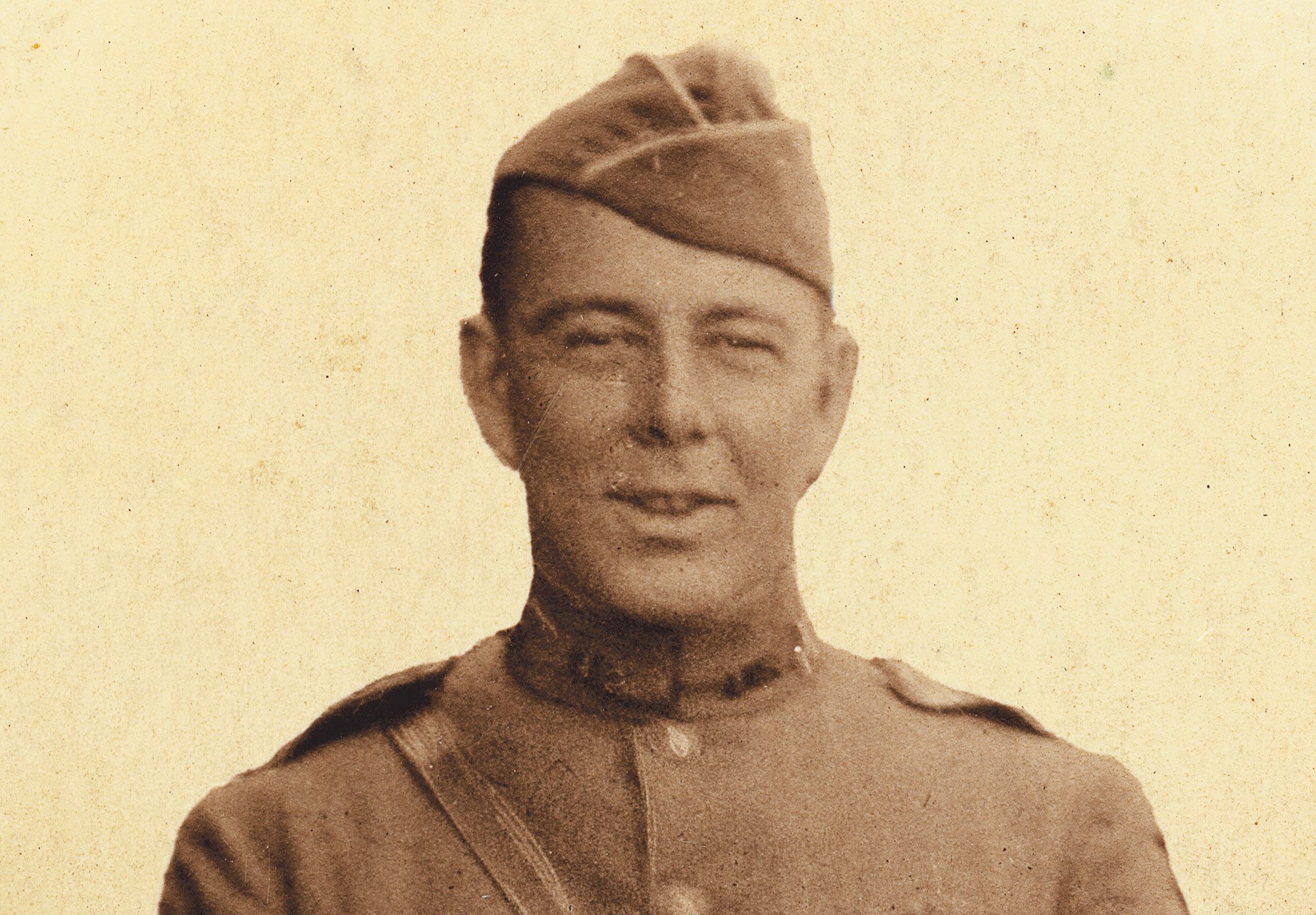 Captain Kittredge served in the 26th “Yankee Division.” Killed by shellfire in the Argonne Forest…

Captain Kittredge served in the 26th “Yankee Division.” Killed by shellfire in the Argonne Forest in France as his regiment attacked into Belleau Wood on October 23, 1918,  he is buried in the Meuse-Argonne American Cemetery in Romagne, France. Kittredge Park in Lowell, Mass., is named in his honor. 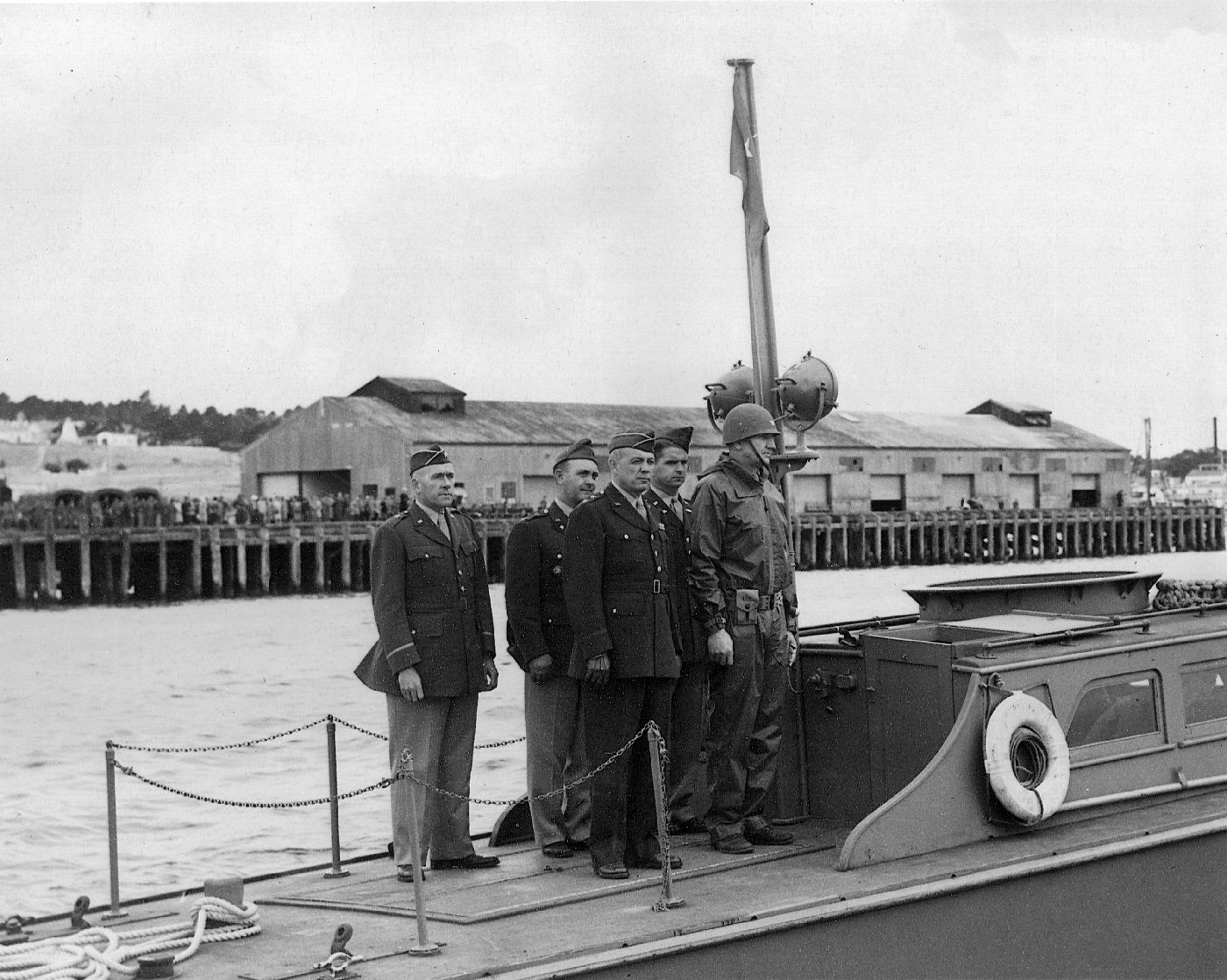 In 1917, when the superintendent of schools offered a high school diploma to any student…

In 1917, when the superintendent of schools offered a high school diploma to any student who joined the Army, 17-year-old Triplet accepted the offer. He joined the Missouri National Guard and served in France where he was gassed and shot in the shoulder. After being honorably discharged in 1919, he was admitted to West Point in 1920. He stayed in the Army after graduation, served in combat during World War II, and retired as a colonel in 1954.