1919-1945
The Global War Gallery portrays the Army’s role in the Allied victory during World War II. Visitors learn about the European and Pacific Theaters, technology, the Army’s air war, and the development of the atomic bomb. Key artifacts include the M4 Sherman “Cobra King” Tank and a Landing Craft, Vehicle, Personnel (LCVP), also known as a “Higgins Boat,“ that took part in the Normandy beach landings. 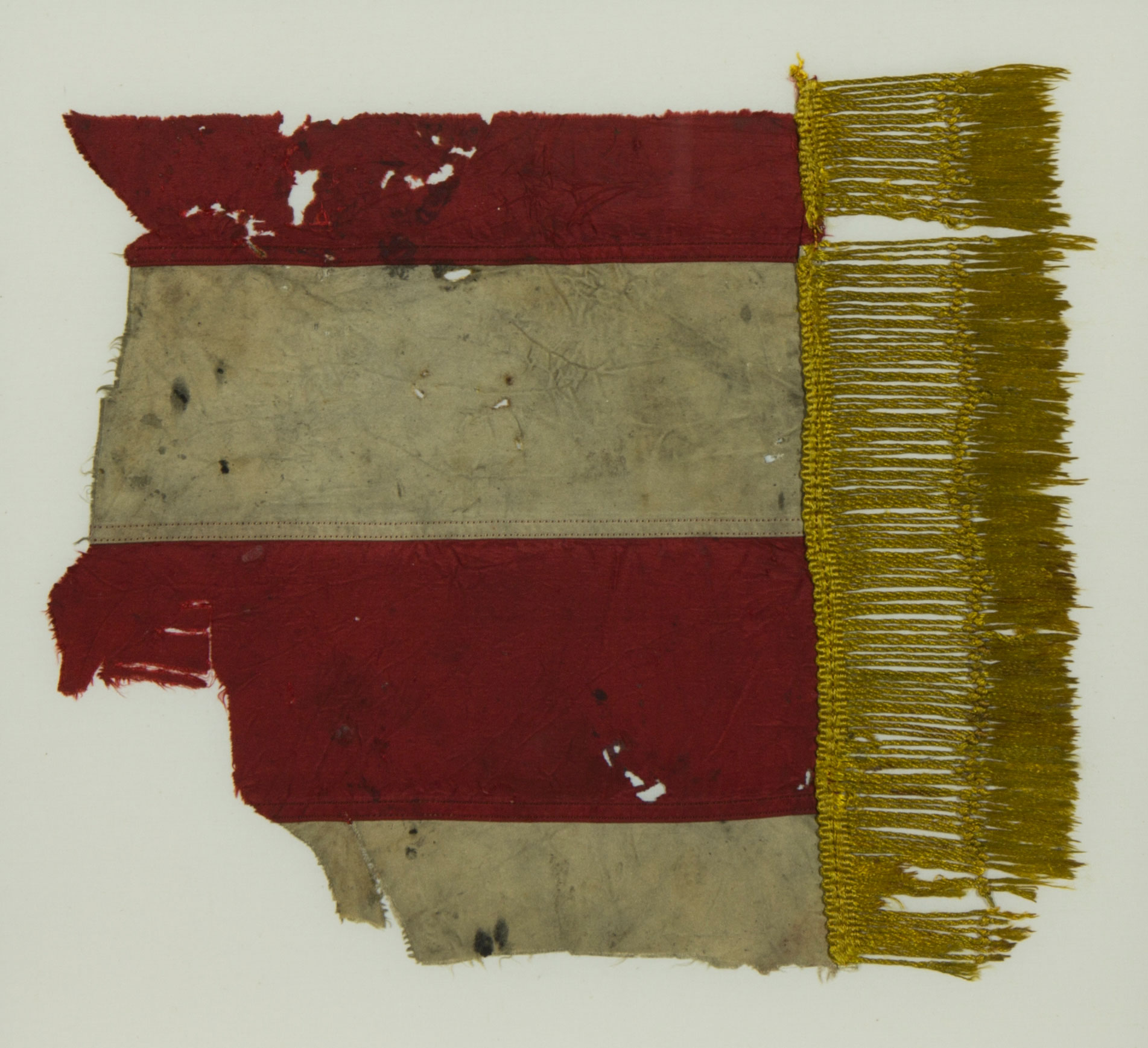 U.S. Flag Fragment, Corregidor -This fragment was found when the 11th Airborne Division liberated Corregidor Island from the Empire of Japan in 1945. The remnant is thought to be from a flag burned to keep it from falling into Japanese hands during the 1942 invasion of the Philippines 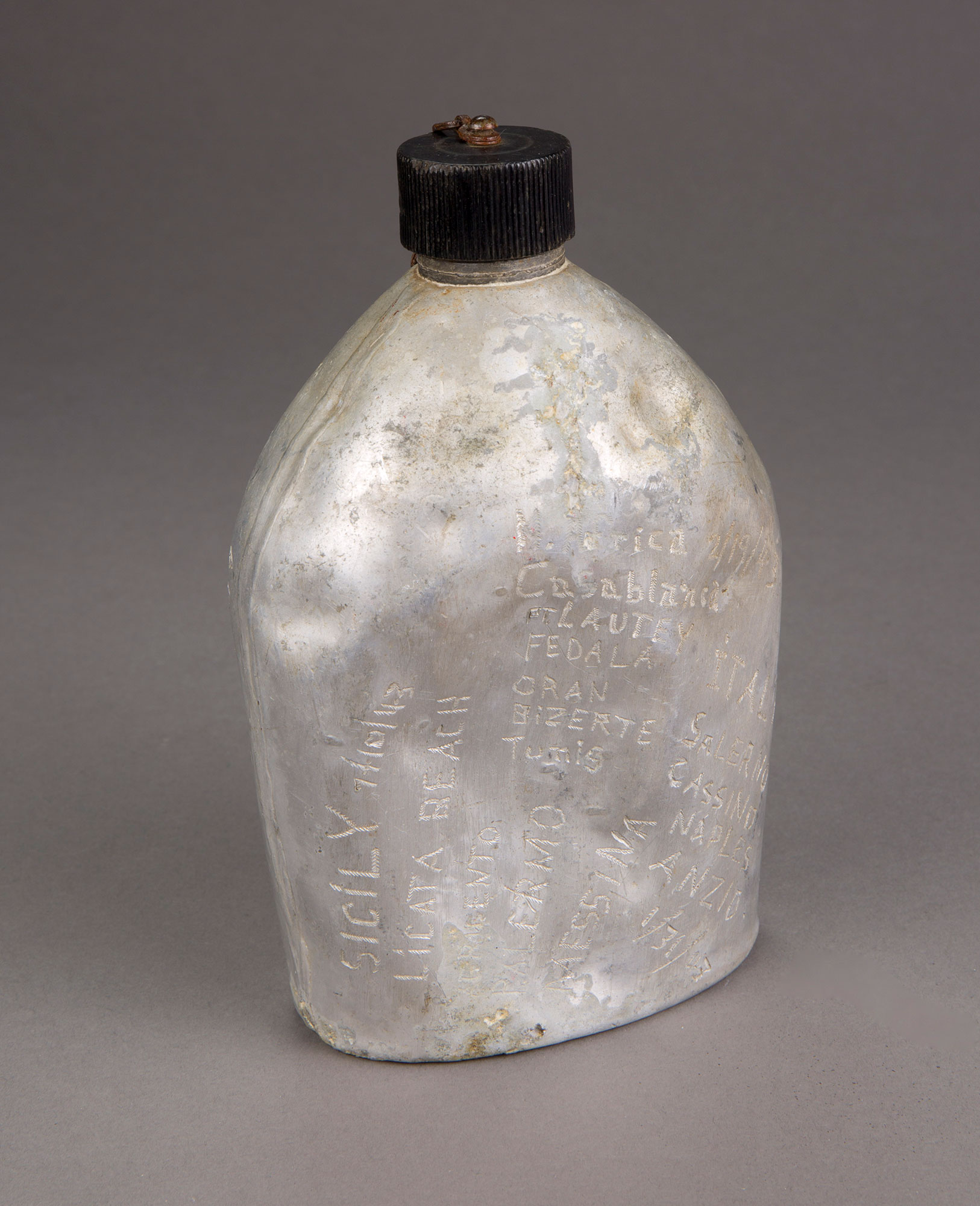 Engraved Model 1910 Canteen -Pfc. Charles W. Treat of Company D, 7th Infantry Regiment, 3rd Infantry Division, carried this canteen during campaigns in North Africa, Sicily and Italy. He recorded his service by engraving the names of towns in the soft aluminum on the front and bottom of the canteen. 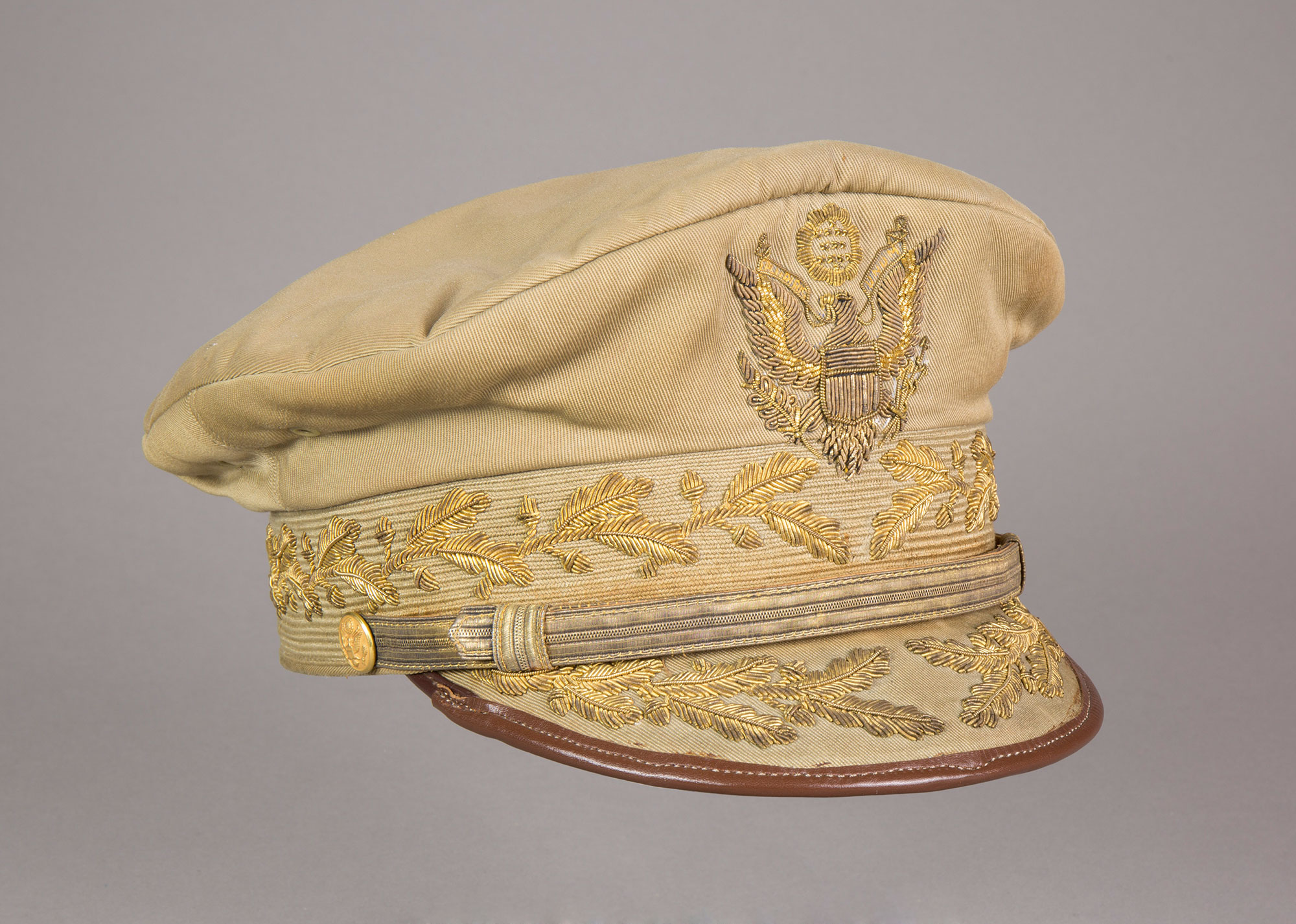 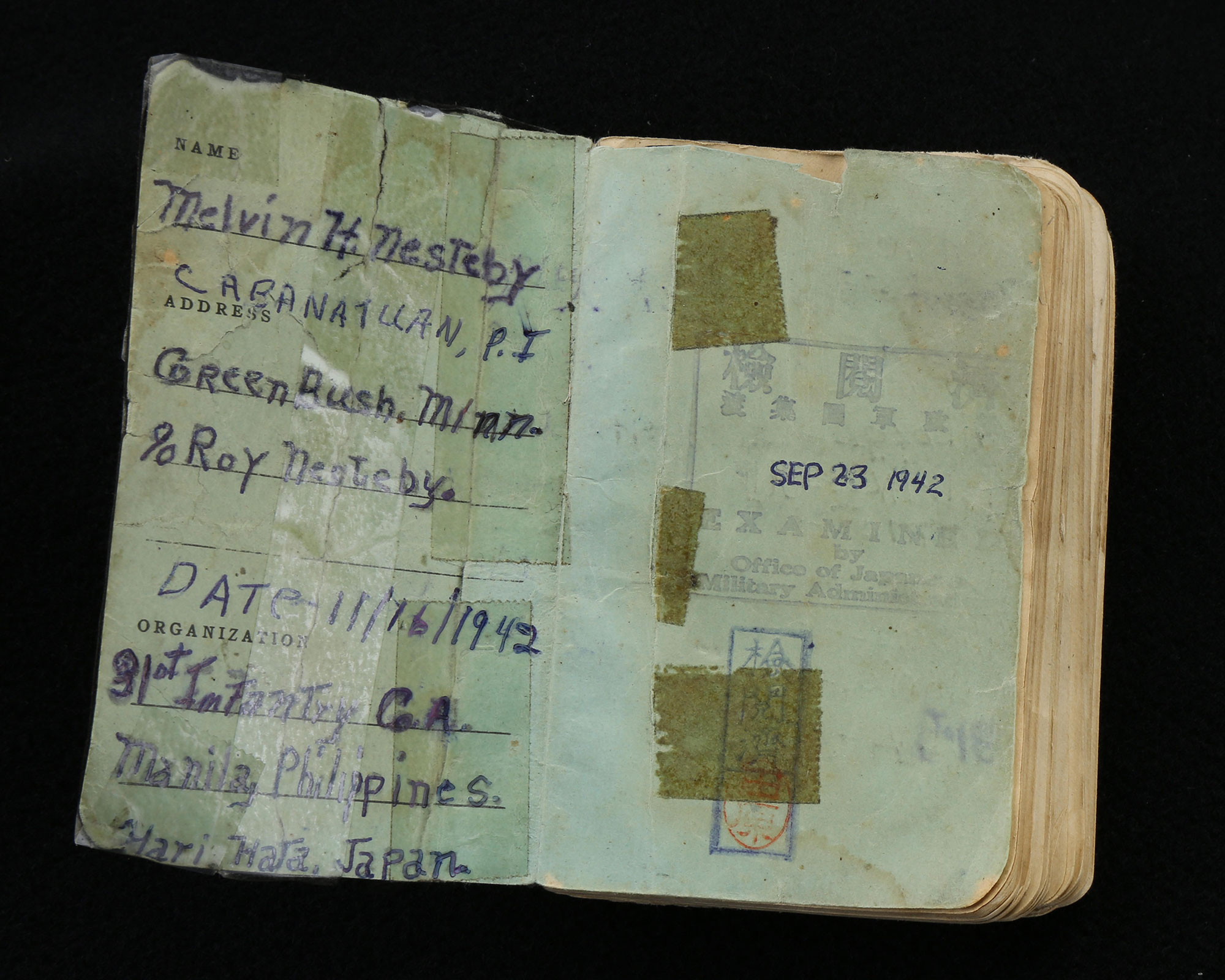 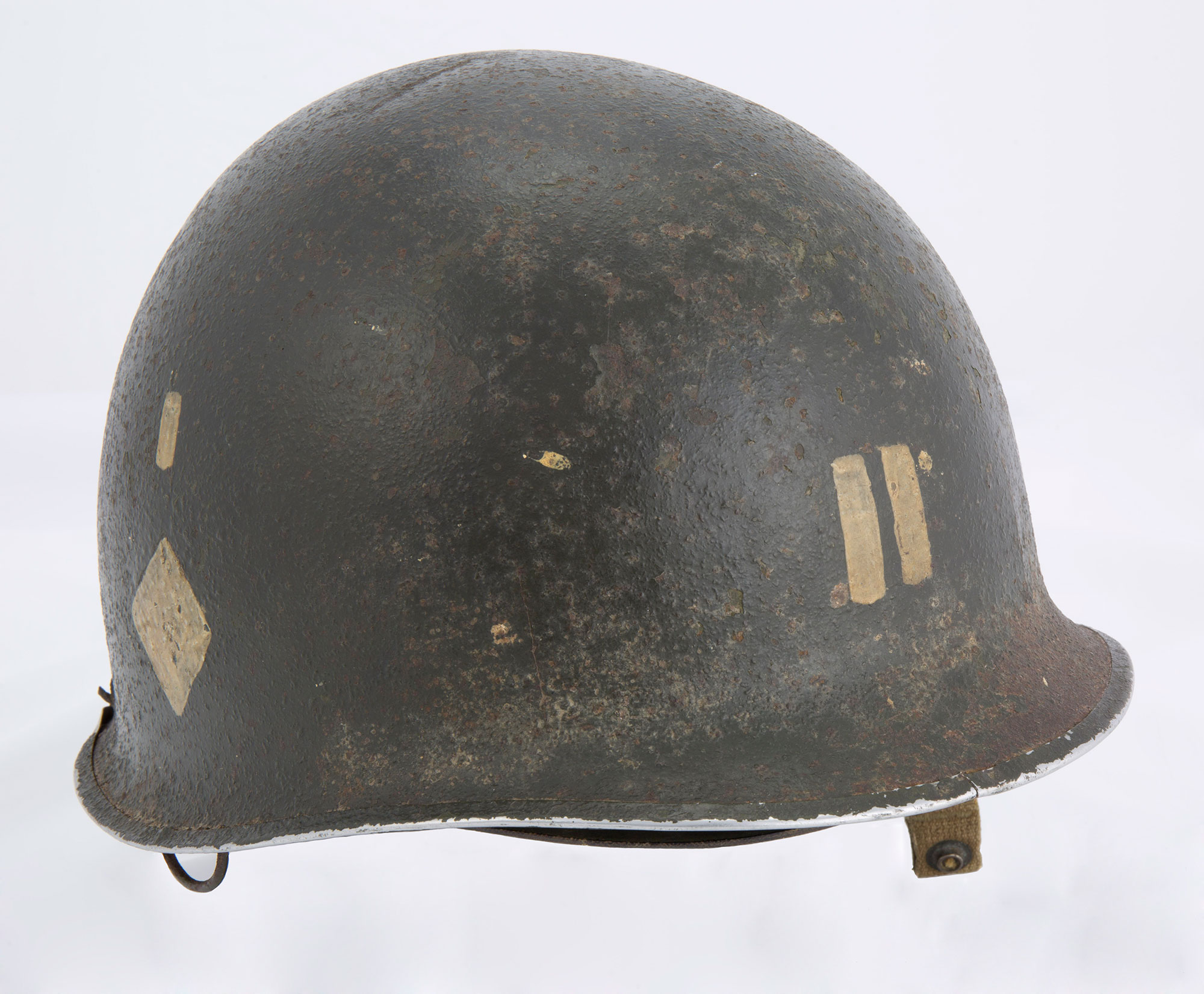 Iron Reinforcing Bar, Trinity Test Site -This fragment of reinforcing bar is one of the surviving pieces of the 100-foot “Trinity” tower used to detonate the first atomic device at Alamogordo, N.M. on July 16, 1945.

“I have full confidence in your courage, devotion to duty, and skill in battle. We will accept nothing less than full victory.” 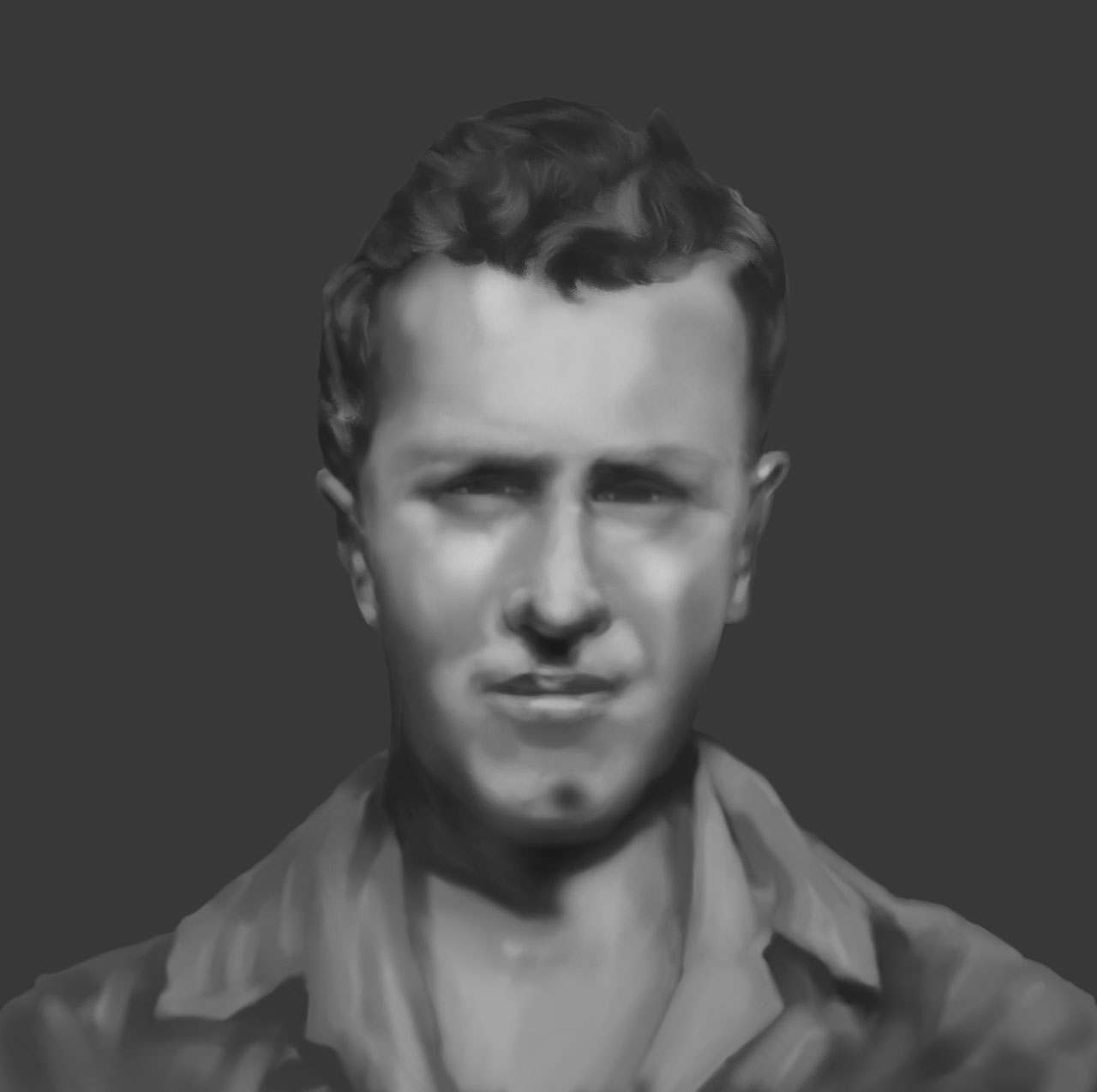 Baldwin enlisted in the Army in August 1943. He was a radioman and forward observer…

Baldwin enlisted in the Army in August 1943. He was a radioman and forward observer for a 4.2 inch mortar platoon when he landed on the island of Okinawa in April 1945. On April 26, while directing fire on enemy caves, Baldwin suffered multiple wounds, one a broken shoulder and another that cost him his left leg. 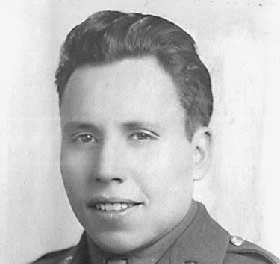 Cisneros joined the Army in 1943 when he was 19 years old. He wanted to be a pilot, but received training as a cryptographer to encode and decode secret messages. In 1944, he deployed to the Pacific aboard an Army troopship with his unit, arriving there four months before the end of the war. He attended college using the GI Bill and held several government jobs before completing law school in 1957. 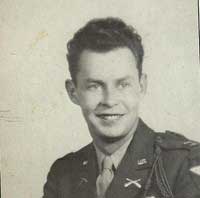 MacDonald commanded an infantry rifle company during the Battle of the Bulge. Ordered to hold…

MacDonald commanded an infantry rifle company during the Battle of the Bulge. Ordered to hold a vital crossroads, his company held off several attacks by German infantry. After the war, MacDonald published  “Company Commander,” widely considered to be the classic account of infantry combat in World War II. 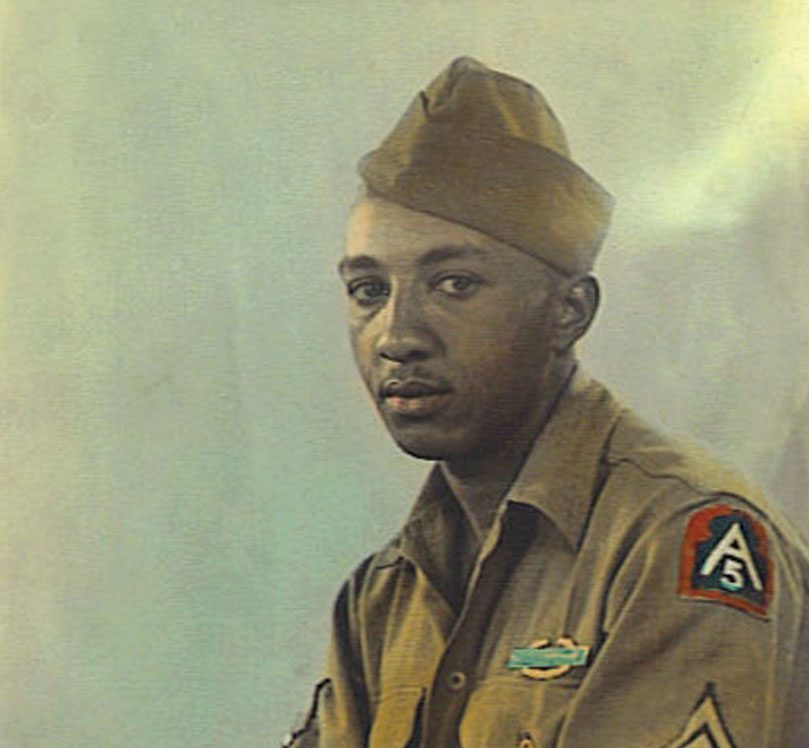 Perry led an 81 mm mortar squad in the 366th Infantry. After providing airfield security in North Africa, the 366th moved to Italy where they fought in the battle for the Cinquale Canal in February 1945 and was disbanded a month later. Perry then transferred to the 226th Engineer General Service Regiment, which redeployed to build airfields in the Pacific theater. 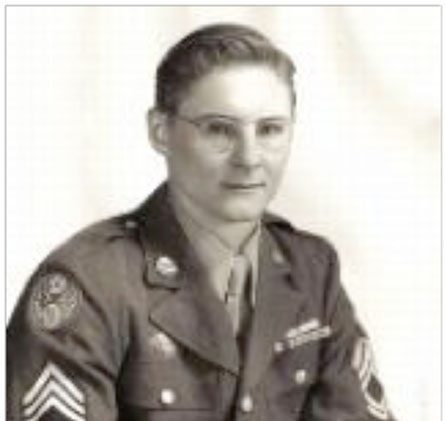 In September 1942, while attending the University of Michigan, Bursian enlisted in the U.S. Army…

In September 1942, while attending the University of Michigan, Bursian enlisted in the U.S. Army Air Forces. He was an aircraft engineering crew chief with the 330th Airdrome Squadron. In June 1945, the squadron moved to Myitkyina, Burma. Bursian received the Soldier’s Medal for saving a fellow Soldier from drowning in the Irrawaddy River.