Out of the ashes

1947-1991
The United States faced numerous global challenges during the Cold War. American Soldiers occupied a defensive line in Europe that deterred a potential attack, while on the other side of the world, the U.S. Army fought wars in Korea and Vietnam. Suspended from the ceiling is the iconic UH-1B “Huey” helicopter. 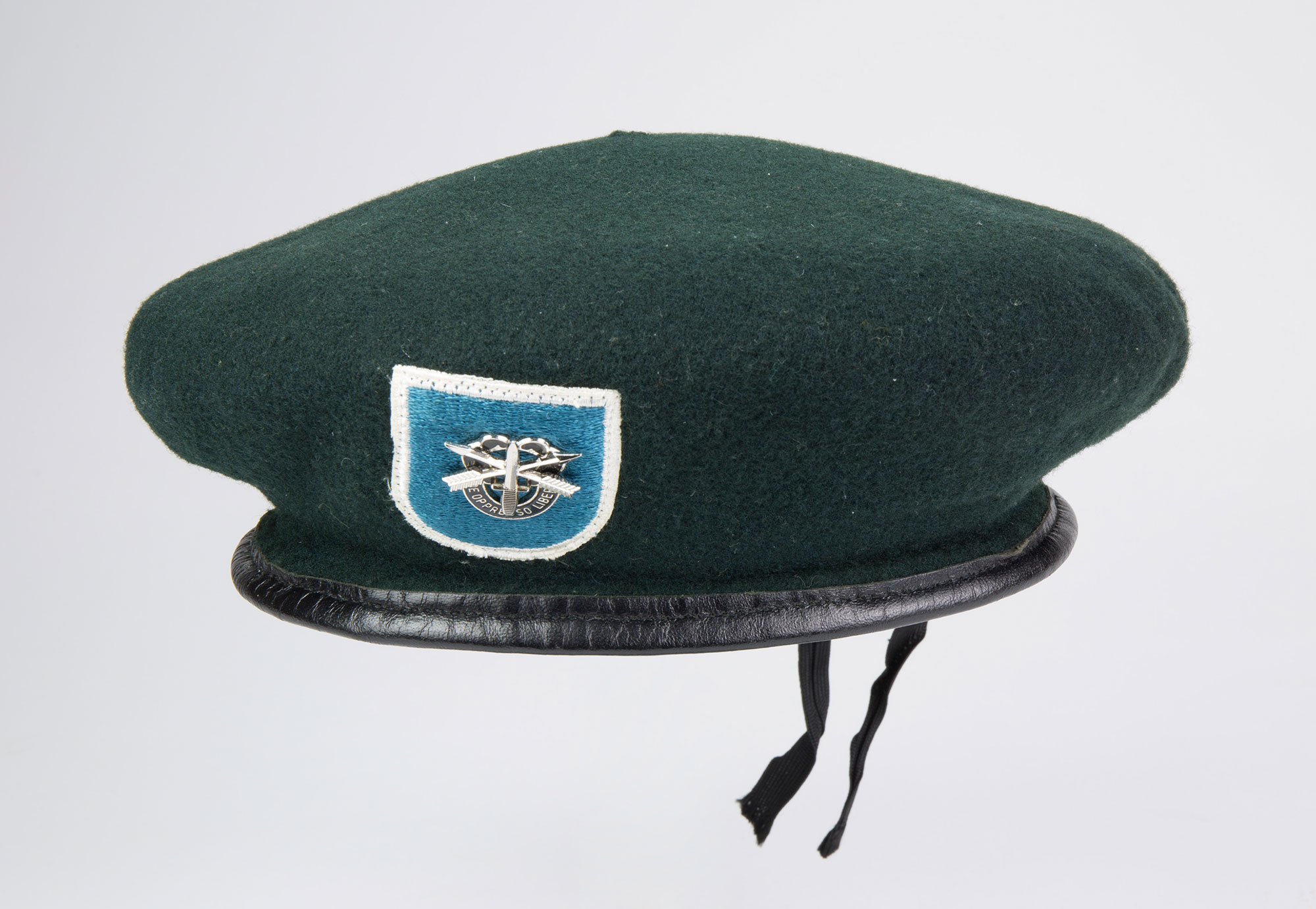 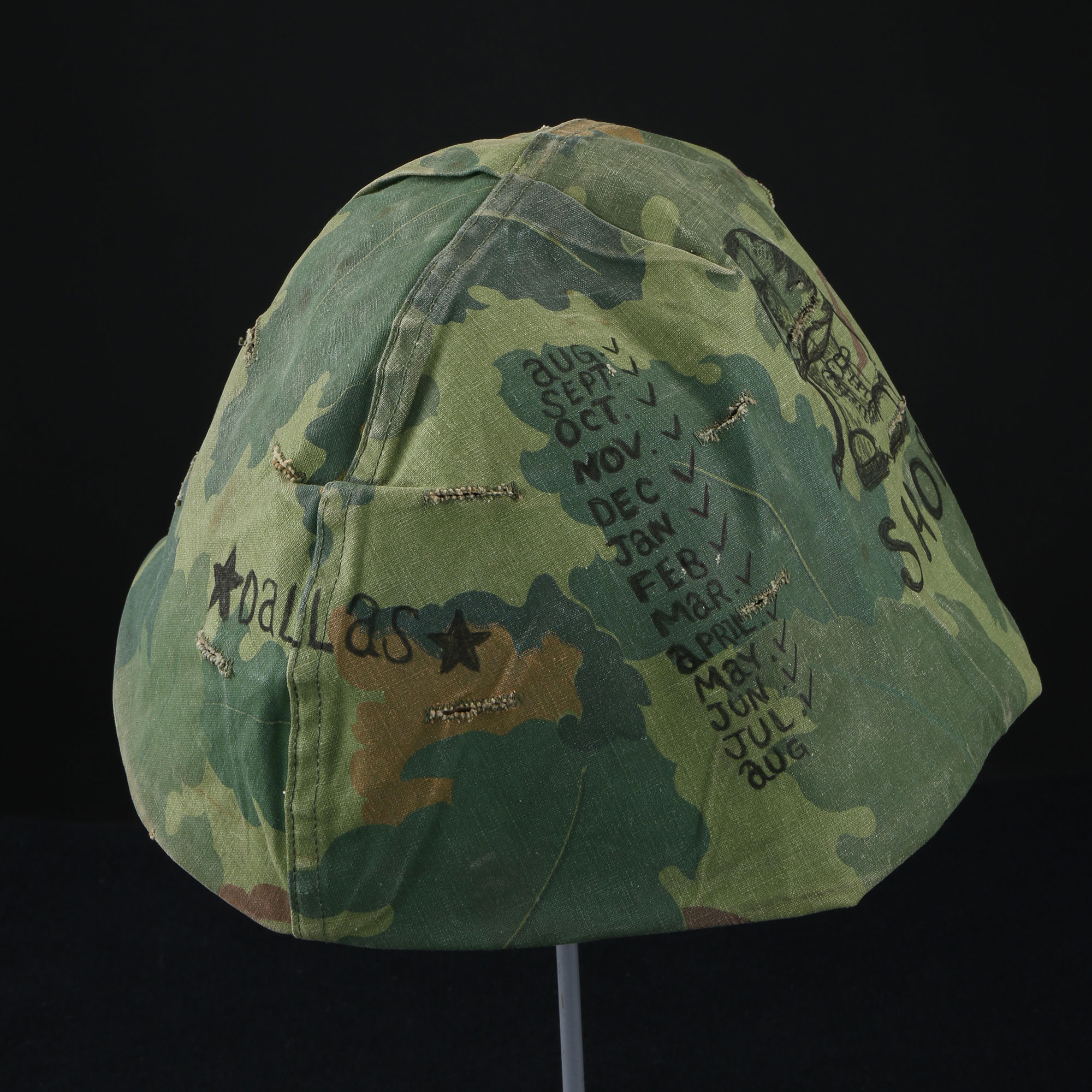 Late Vietnam War Inscribed Helmet Cover -This Vietnam War era helmet cover is decorated with “short timer” graffiti including a countdown calendar. Some of the designs are based on cartoons that appeared in an underground magazine for Soldiers. 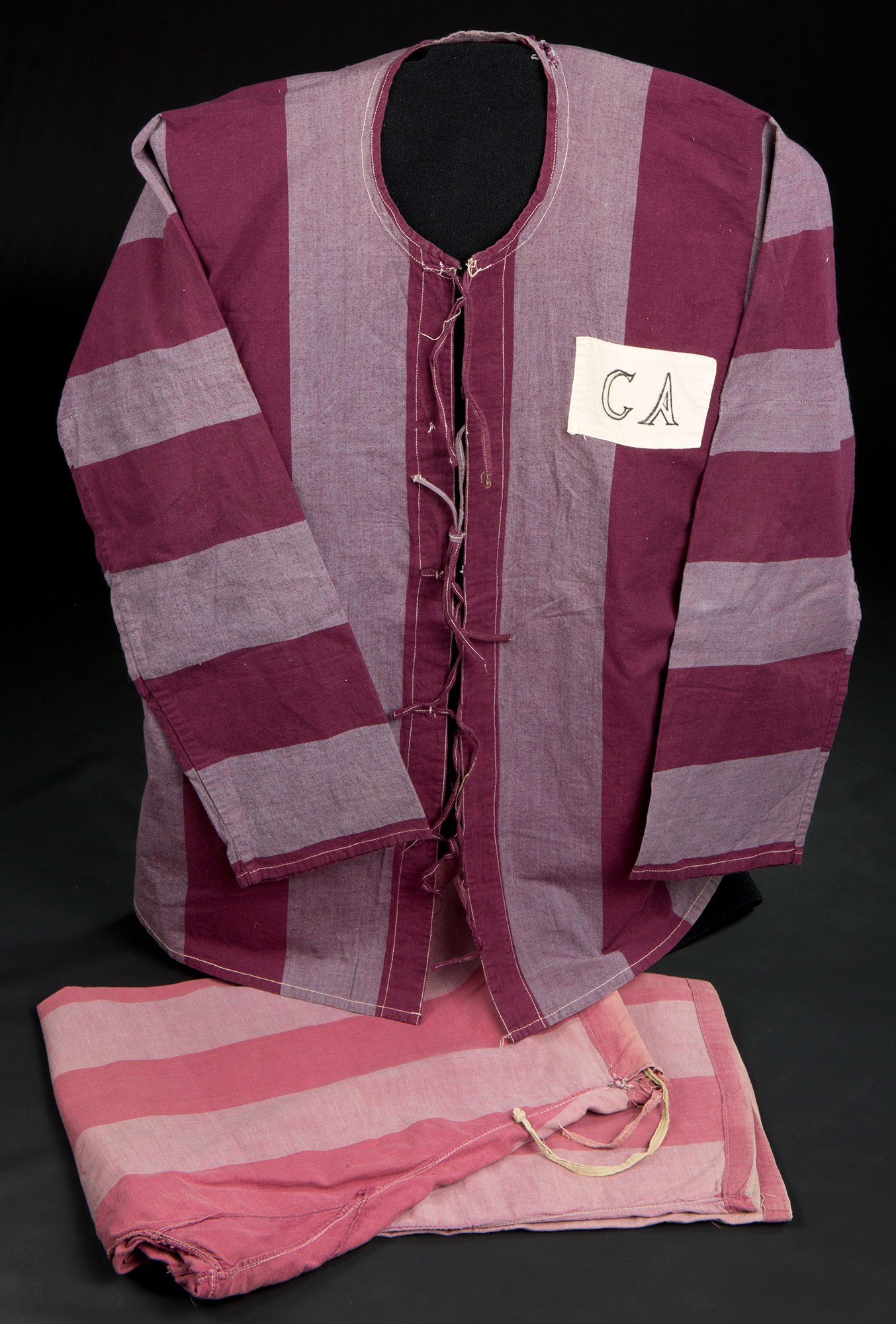 North Vietnamese Prisoner of War “Pajamas” -Sgt. Jon R. Cavaiani, a prisoner of war from June 1971 until March 1973, wore this jacket and pants. He was captured while protecting his fellow Soldiers, an action for which he received the Medal of Honor. 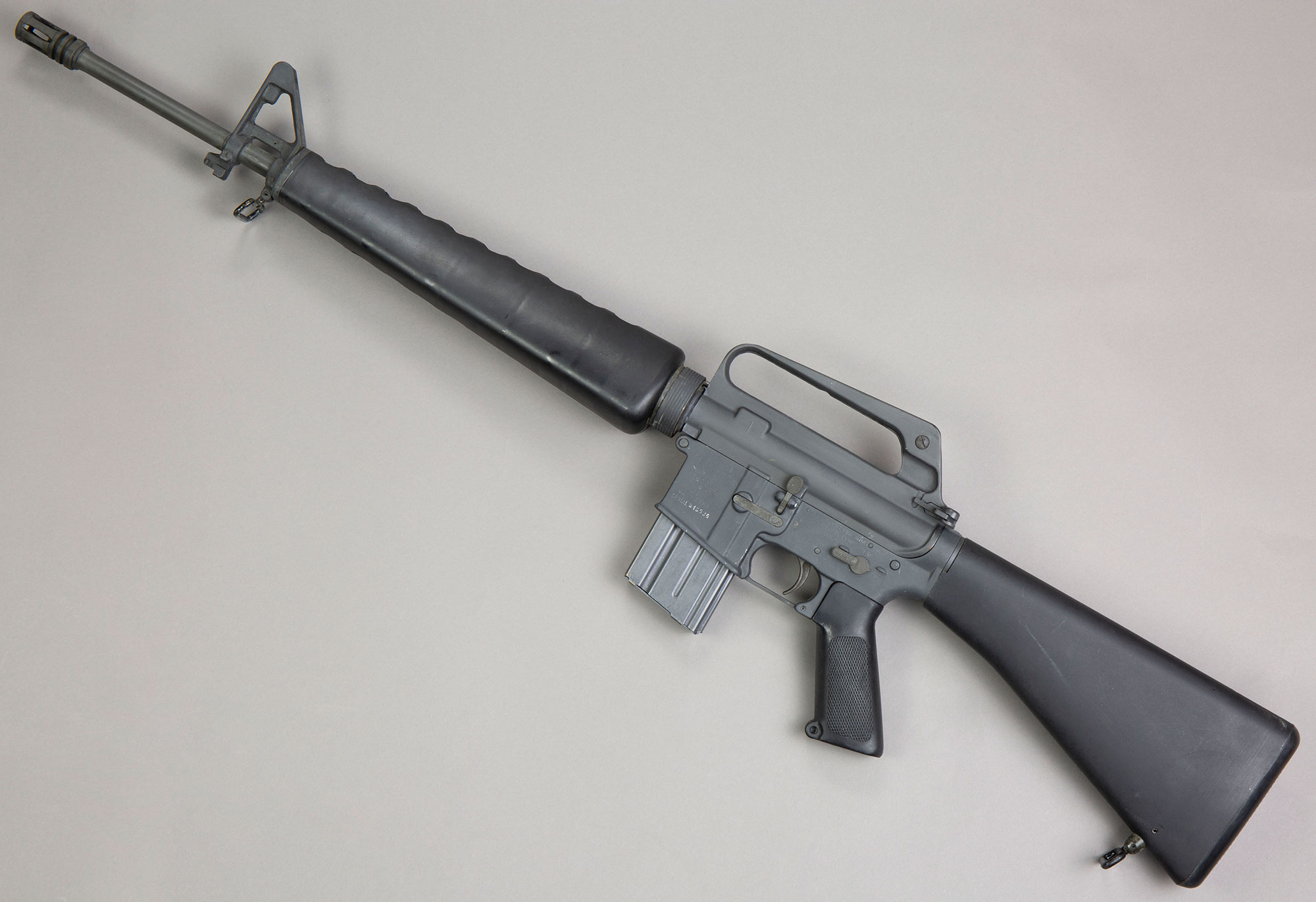 M16 Rifle (M16A1 Rifle) -This semiautomatic, high-velocity, small-bore, ultralightweight rifle was the Army’s standard infantry weapon during the Vietnam War. It could also be fired as an automatic weapon. 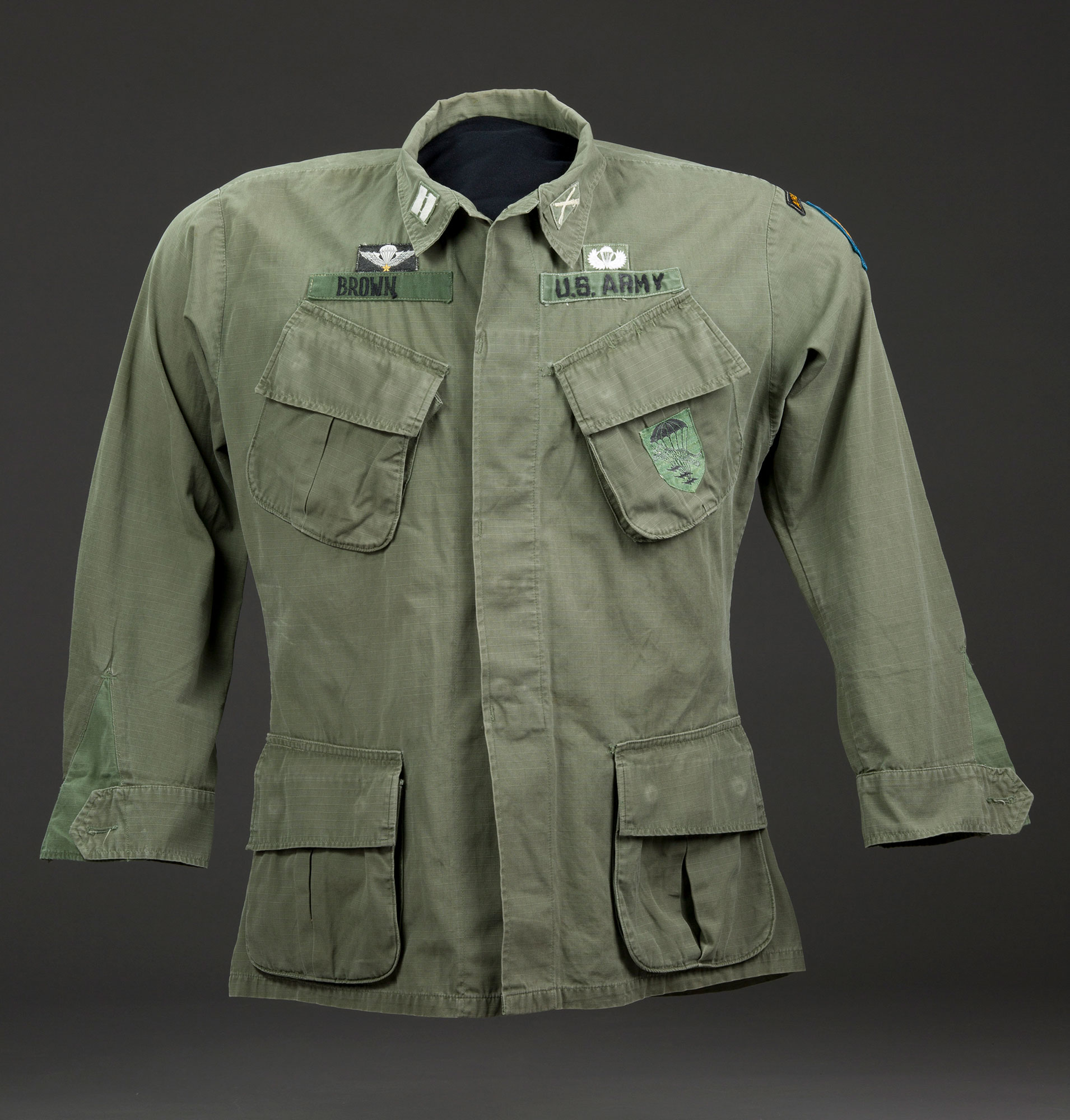 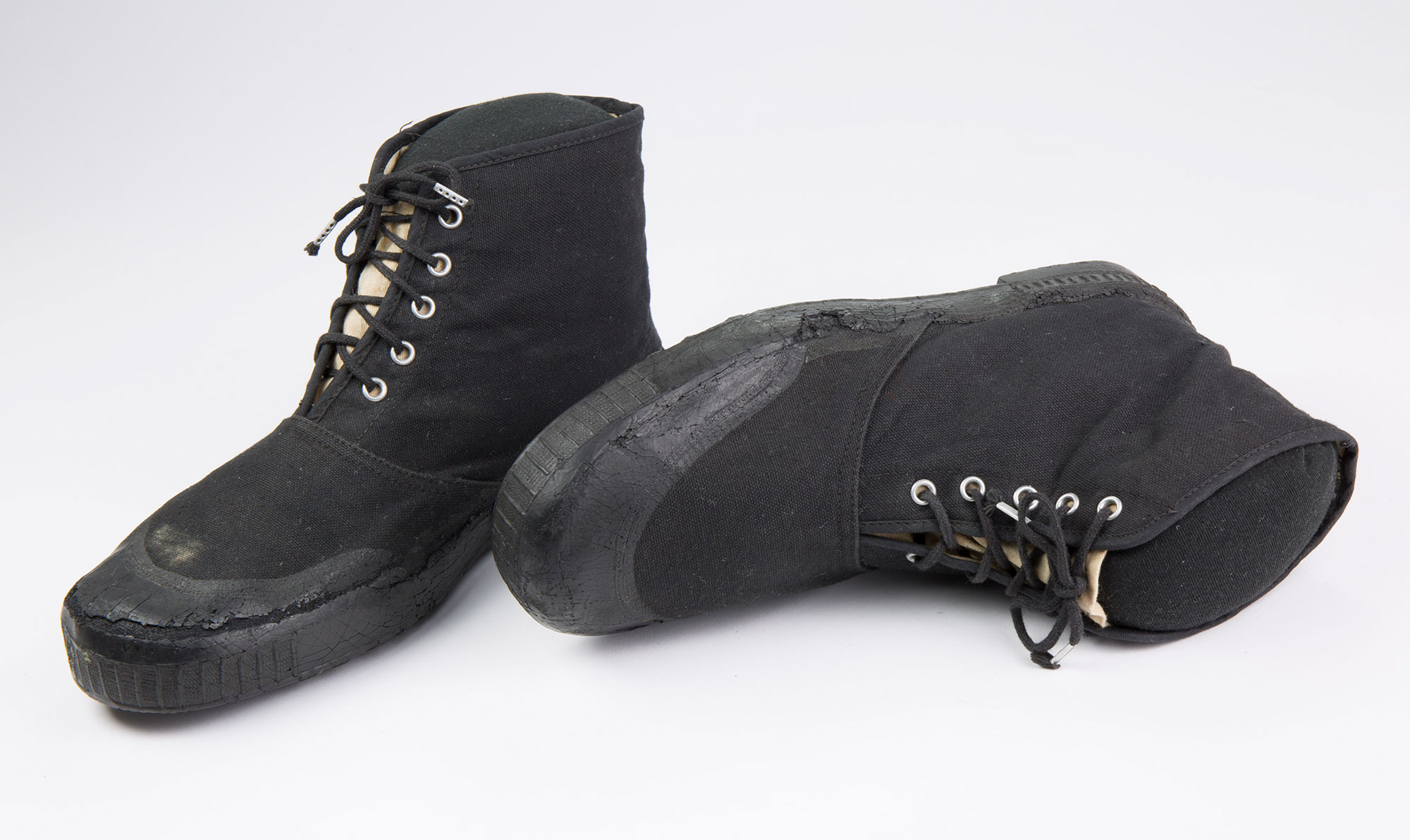 “Let us not be deceived – we are today in the midst of a cold war.” 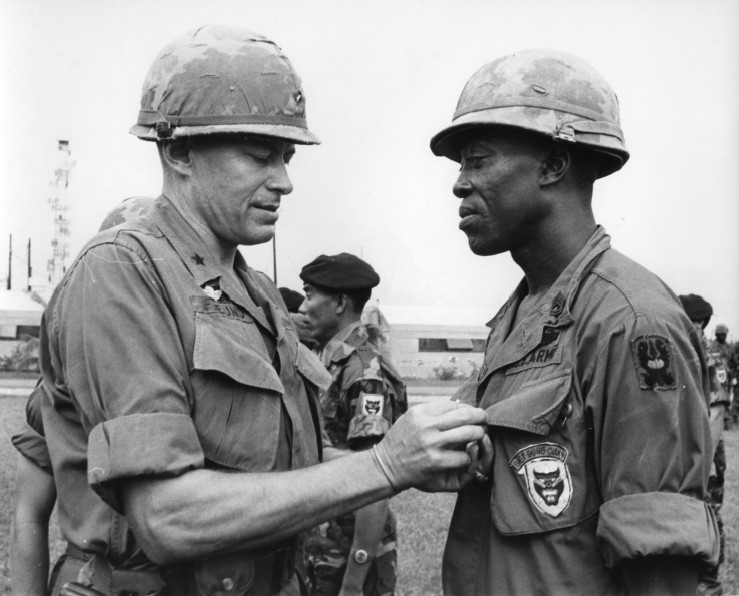 Goff (right) was drafted into the Army in January 1968. By August, he was in…

Goff (right) was drafted into the Army in January 1968. By August, he was in Vietnam. As his platoon moved out of a wooded area and crossed an open rice paddy, it came under intense enemy fire. Goff, a machine gunner, exposed himself to enemy fire, charged the enemy position and provided covering fire that allowed the rest of the company to advance. He received a Distinguished Service Cross, the nation’s second highest award for valor, for his actions that day. 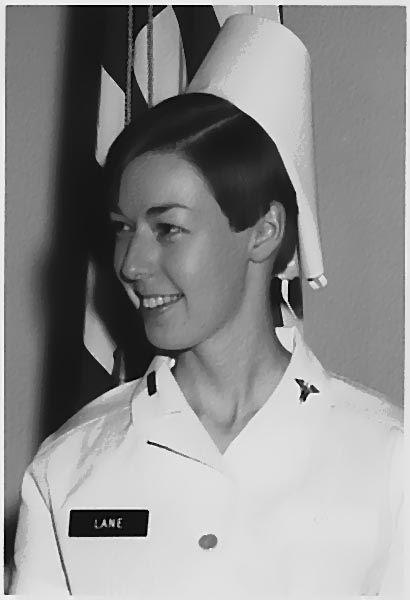 Lane worked in the Vietnamese Ward of a U.S. Army hospital in Vietnam. The work…

Lane worked in the Vietnamese Ward of a U.S. Army hospital in Vietnam. The work was physically and emotionally challenging, but she repeatedly declined transfers. On the morning of June 8, 1969, a salvo of 122 mm rockets hit the hospital. Lane was caring for patients when one of the rockets hit the ward, killing her instantly. 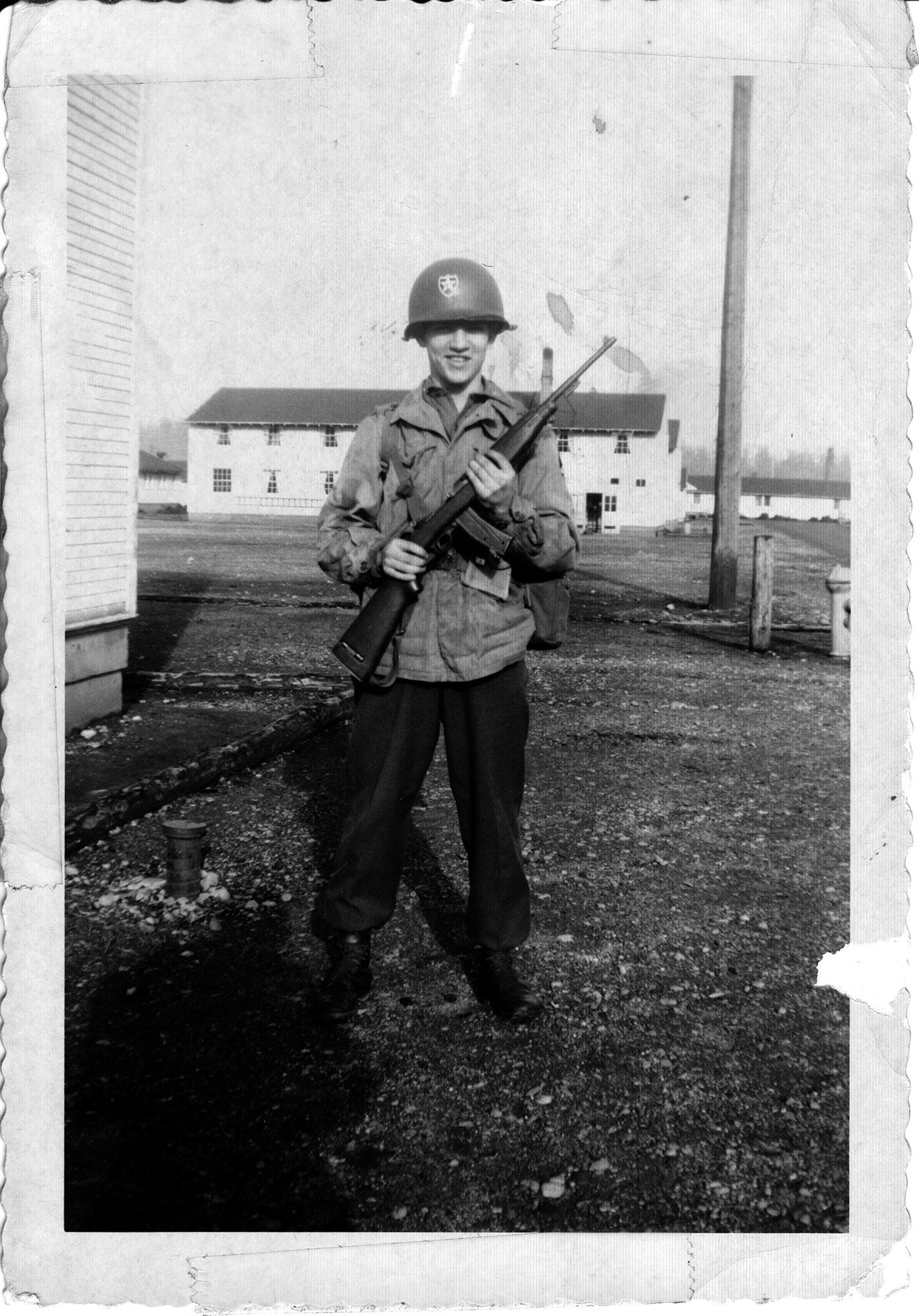 Vincent Krepps and his twin brother Richard joined the Army in 1949. In August 1950,…

Vincent Krepps and his twin brother Richard joined the Army in 1949. In August 1950, their unit deployed to Korea. When Richard was wounded, Vincent hoped his brother would be sent home. A month later, Vincent was injured and airlifted to Japan where he learned his brother had returned to duty. In December 1950, Richard was captured and later died in a Chinese prisoner camp. Two months later, Vincent went home as his family’s sole surviving son. 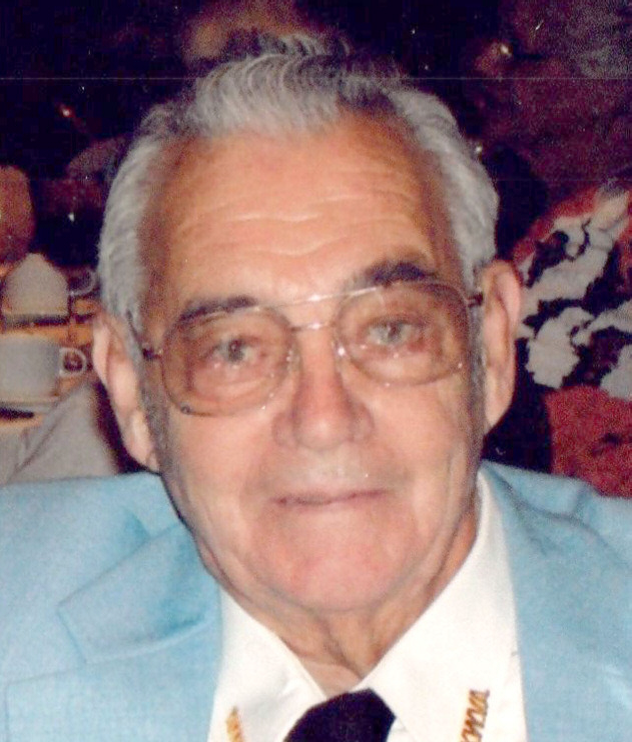 In November 1950, Reel’s regiment was part of the United Nations Command fighting in Korea…

In November 1950, Reel’s regiment was part of the United Nations Command fighting in Korea when the Chinese attacked. They captured Reel and held him prisoner for 34 months. When he resisted attempts to convert to communism, the Chinese transferred him to a hard labor camp. A prisoner exchange brokered as part of the July 1953 armistice agreement freed him. 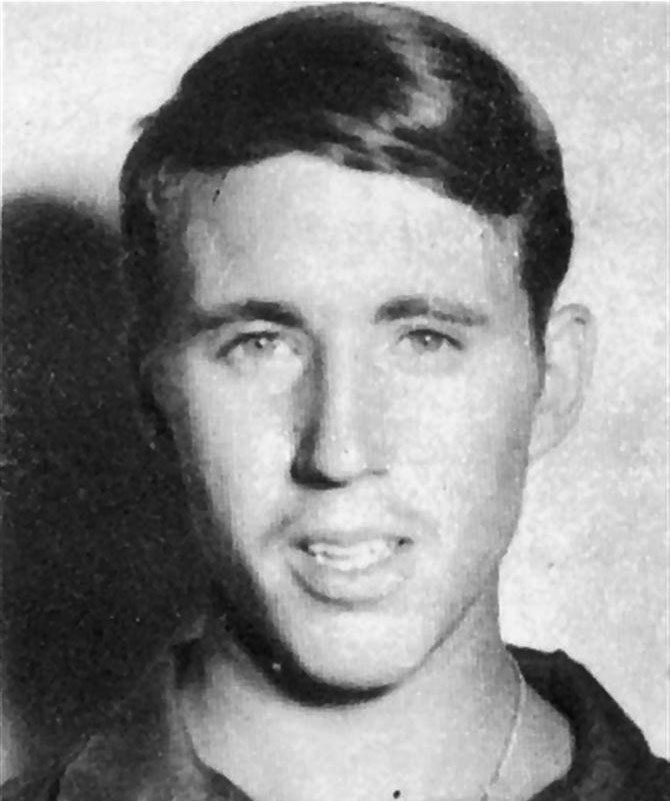 Jones arrived in Vietnam in September 1970, and was assigned as a door gunner on…

Jones arrived in Vietnam in September 1970, and was assigned as a door gunner on a UH-1H Huey and then as a crew chief. He was wounded seriously when his helicopter was shot down. During his six months in Vietnam, he logged 324 combat hours. After recovering from his injuries, he stayed in the Army, went to flight school and became a chief warrant officer flying UH-60 Blackhawks.