1990-Present
The Changing World Gallery chronicles one of the most dynamic and global periods in U.S. Army history, from the fall of the Soviet Union through our nation’s current conflicts. The Global War on Terrorism portion follows the progression of operations in both Afghanistan and Iraq. The overall theme, Changing World recognizes that—while the last two decades have been a time of near-constant conflict—it is the individual Soldier that must endure the challenges of war in an ever-changing environment. 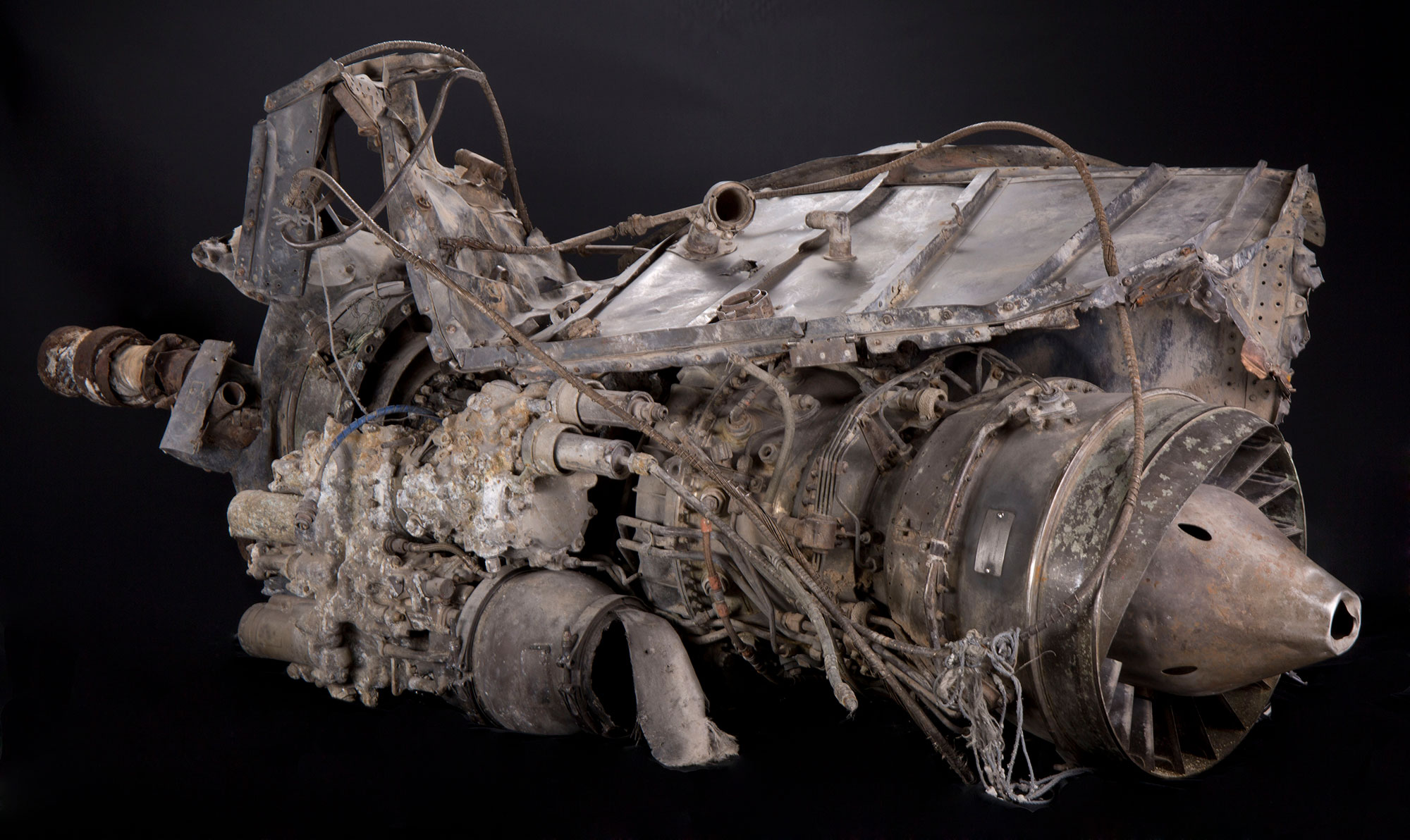 Black Hawk Super 6-1 Engine -This engine is from the remains of Super 6-1, the call sign for the first UH-60 Black Hawk helicopter shot down during the Battle of Mogadishu, Somalia, popularly referred to as “Black Hawk Down.” In August 2013, the remnants of the wreckage were removed from the crash site and returned to the United States. 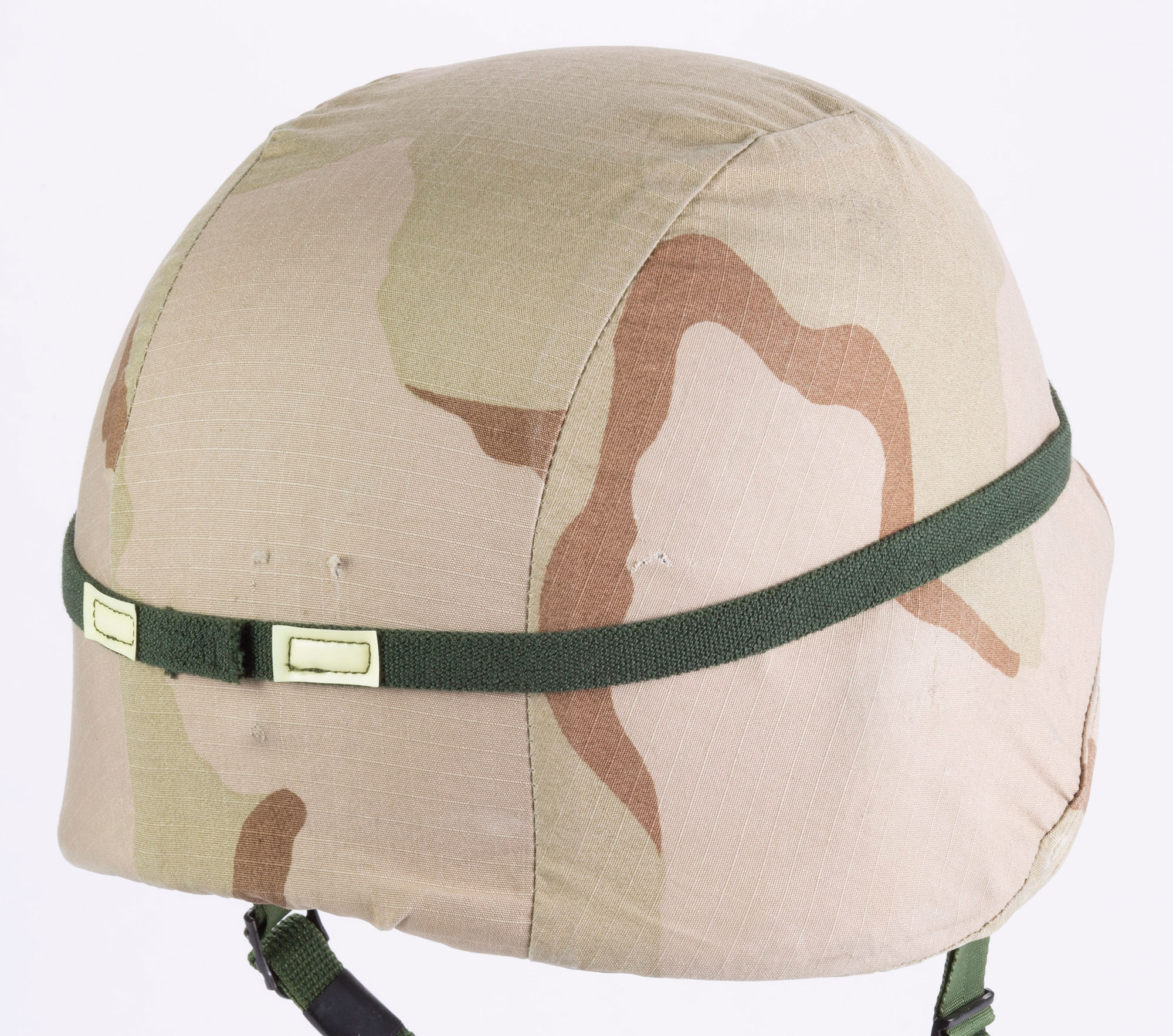 Desert Camouflage Helmet -The Personal Armor System Ground Troops (PASGT) Kevlar helmet—in use from 1979 to 2003—provides greater protection and is better balanced than its predecessor the Army’s M1 steel helmet. 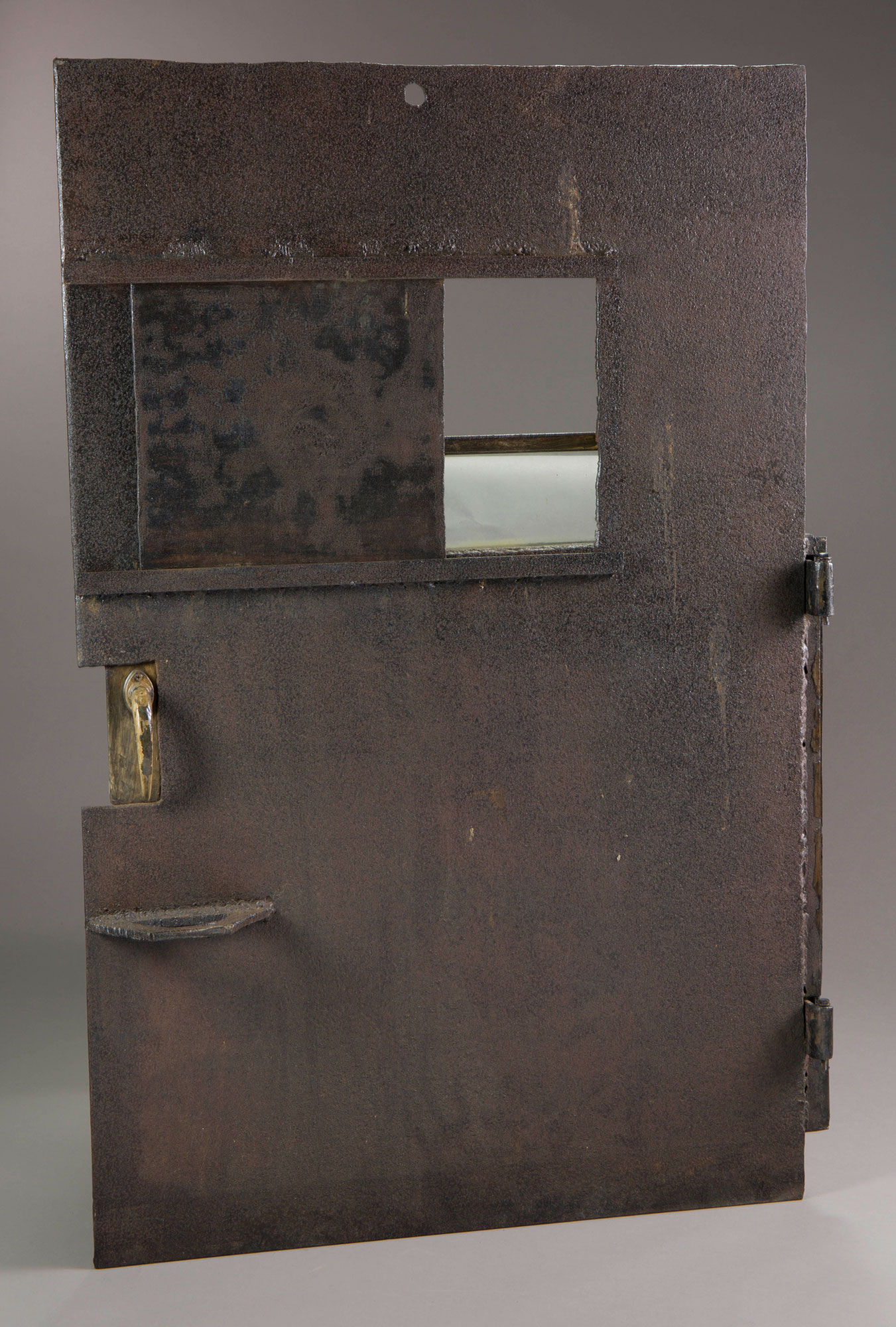 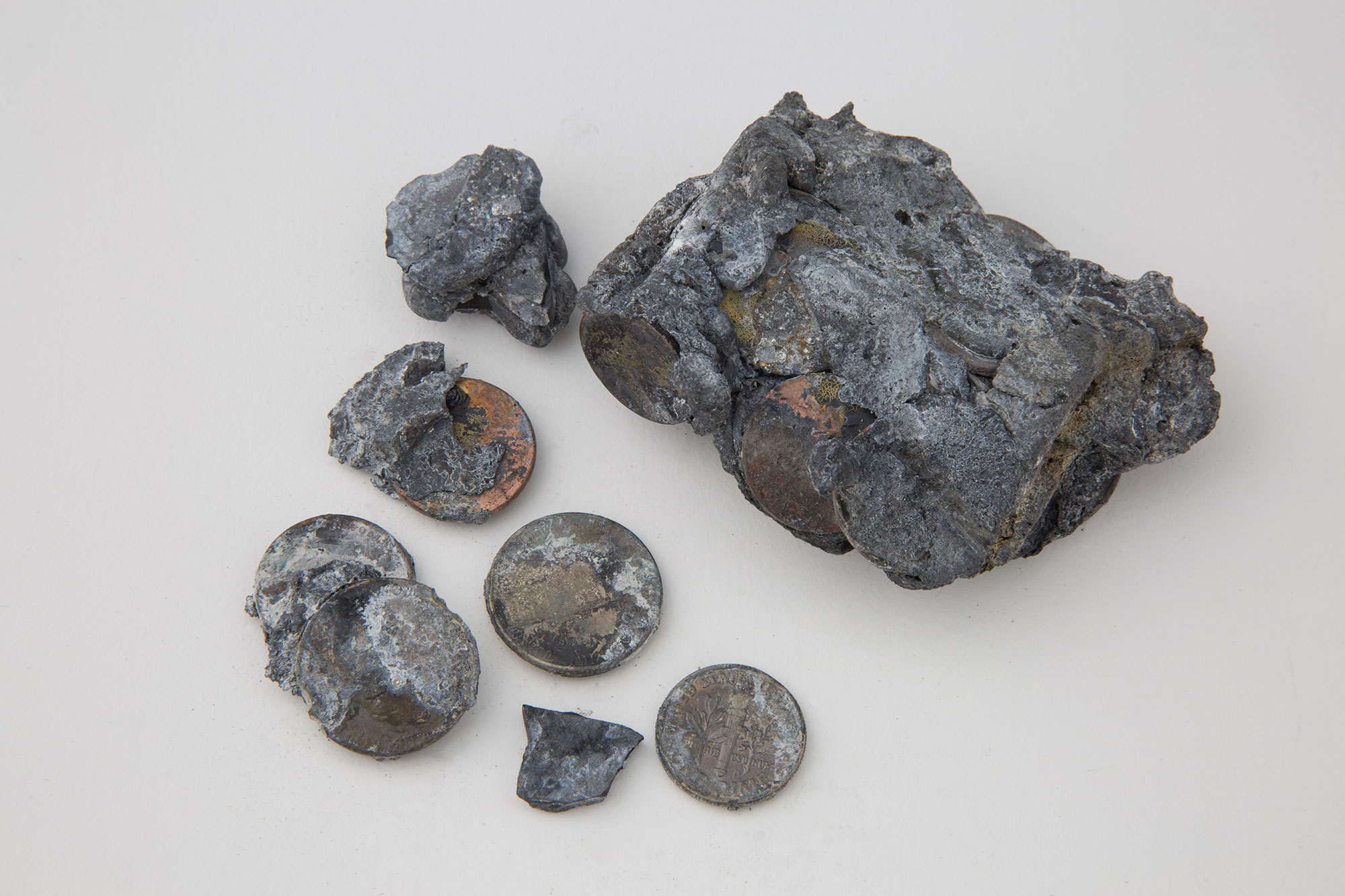 Cluster of Melted Coins -Following the 9/11 attack, these coins were recovered from the Pentagon by a team of U.S. Army Center of Military History (CMH) curators.

FIM-92 Stinger Man Portable Air Defense System -The introduction of the Stinger missile would prove to be a crucial element in the defeat of the decade-long Soviet effort to prop up the Afghan communist regime that came to power in 1979. Introduced in the mid-1980s, the Stinger was the result of the need for an antiaircraft weapon that could be carried in mountainous terrain. Traveling at 1600 mph and delivering a deadly warhead, the Stinger remains one of the most effective air defense weapons in the U.S. Army arsenal. 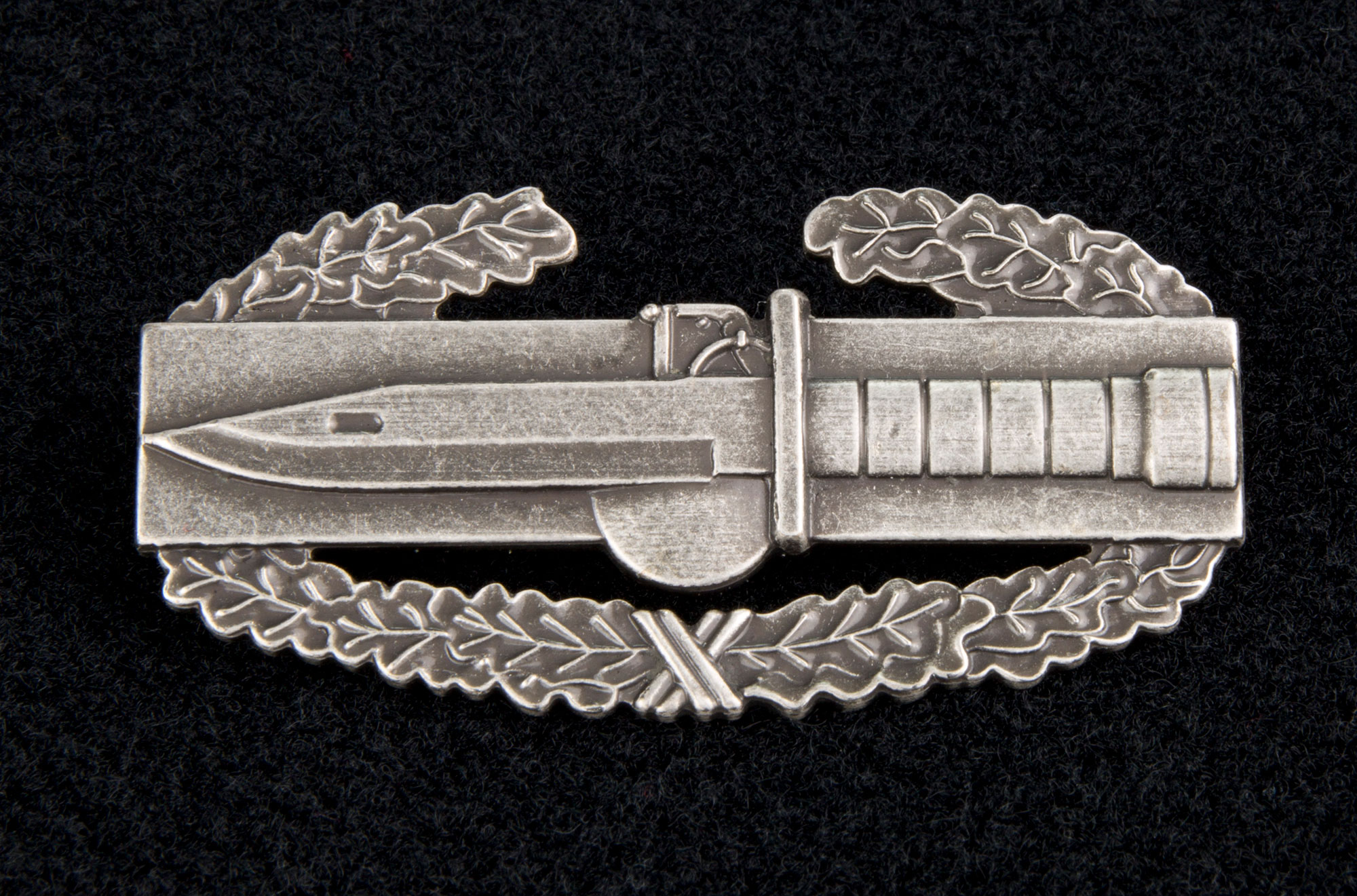 Combat Action Badge -This badge was authorized in 2005 to honor those who had engaged enemy forces during combat operations in Iraq and Afghanistan, but who were not medics or infantrymen.

“We must define the nature and scope of this struggle, or else it will define us.” 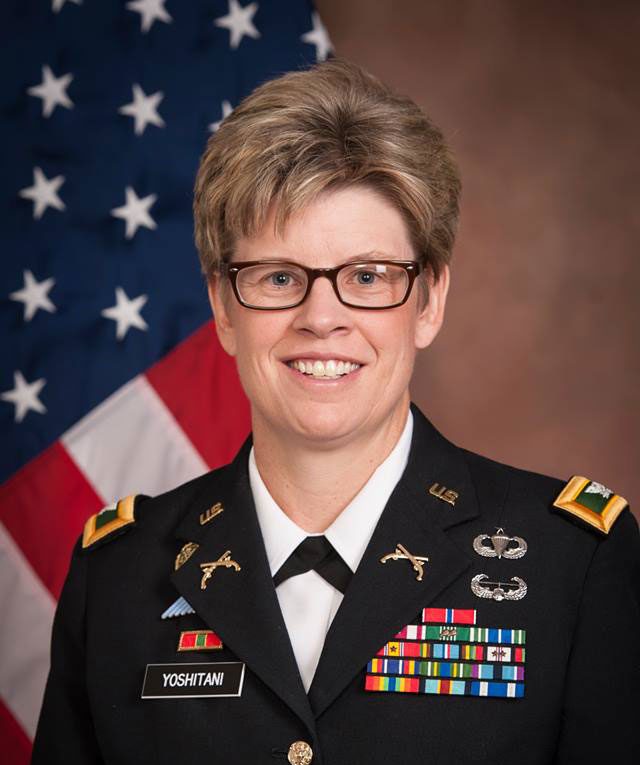 In September 1994, Yoshitani was a Military Police platoon leader to a 1991 military coup…

In September 1994, Yoshitani was a Military Police platoon leader to a 1991 military coup in Haiti. Yoshitani was part of a peacekeeping force that confiscated more than 30,000 firearms, helped maintain a secure and stable environment, provided technical expertise and logistical support for democratic elections nationwide and assisted in the training of a new civilian police force. 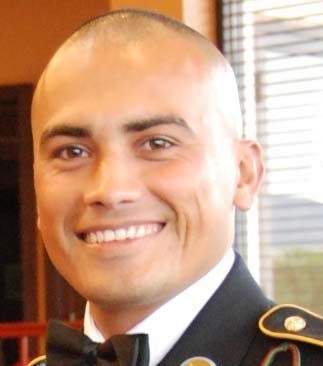 On June 6, 2007, Hernandez, of the 4th Brigade, 1st Cavalry Division, led a joint American-Iraqi patrol on the streets of Baghdad. They were ambushed as soon as they left their security station. Hernandez and two of his Iraqi counterparts were injured. Shot in the leg, Hernandez nevertheless braved continuing hostile fire to rescue his Iraqi comrades and carry them to safety. He received the Silver Star for his actions.

After returning from a deployment to Iraq In 2007, Cartwright volunteered to become a canine…

After returning from a deployment to Iraq In 2007, Cartwright volunteered to become a canine handler. He was partnered with Isaac, a black Labrador Retriever, at the Military Working Dog Program or “Dog School” at Ft. Leonard Wood in Missouri. The two became a close-knit team after completing the five-and-a-half month training program. Since then, Cartwright and Isaac have served two tours of duty in Afghanistan locating explosive devices planted by terrorists near roads, hospitals, schools and military facilities. 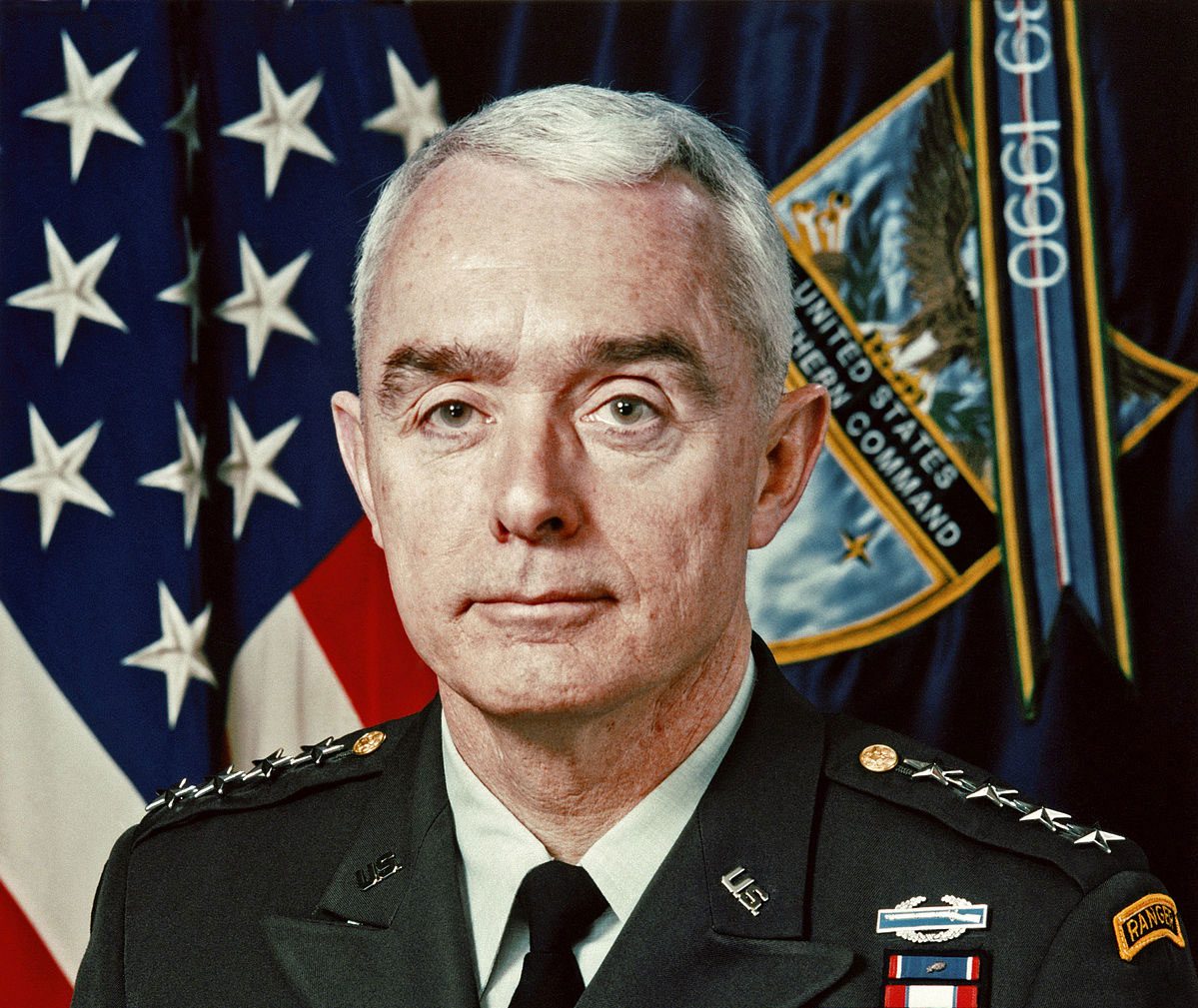 McCaffrey graduated from the U.S. Military Academy at West Point in 1964 and served two…

McCaffrey graduated from the U.S. Military Academy at West Point in 1964 and served two tours in Vietnam. Wounded in combat three times and recognized for valor four times, McCaffrey received two Distinguished Service Crosses and two Silver Stars. In Operation Desert Storm, McCaffrey commanded the 24th Infantry Division, which protected the flank of the “left hook” around the Iraqi defenses.

Askew, a 2005 graduate of the U.S. Military Academy at West Point, started his career…

Askew, a 2005 graduate of the U.S. Military Academy at West Point, started his career as an armor officer with the 1st Armored Division and served two tours in Iraq. On December 18, 2011, he commanded the final serial, or convoy, of combat vehicles to leave Iraq. The convoy crossed the border with little military fanfare, but remarkable media coverage. Just moments after the last vehicle crossed the line, the border gates closed, ending U.S. Forces Iraq mission after nearly nine years.