“The New Praetorians: American Veterans, Society, and Service from Vietnam to the Forever War,” by Michael D. Gambone

Contemporary veterans belong to an exclusive American group. Celebrated by most of the country, they are nevertheless often poorly understood by the same people who applaud their service. Following the introduction of an all-volunteer force after the war in Vietnam, only a tiny fraction of Americans now join the armed services, making the contemporary Soldier, and the veteran by extension, increasingly less representative of mainstream society. Veterans have come to comprise their own distinct tribe—modern praetorians, permanently set apart from society by what they have seen and experienced.

In an engrossing narrative that considers the military, economic, political, and social developments affecting military service after Vietnam, Michael D. Gambone investigates how successive generations have intentionally shaped their identity as veterans. The New Praetorians also highlights the impact of their homecoming, the range of educational opportunities open to veterans, the health care challenges they face, and the unique experiences of minority and women veterans. This groundbreaking study illustrates an important and often neglected group that is key to our understanding of American social history and civil-military affairs.

Dr. Michael D. Gambone is the author of eight books, including “Long Journeys Home: American Veterans of World War II, Korea, and Vietnam” (2017) and “The Greatest Generation Comes Home: The Veteran in American Society” (2005). He is currently a professor of history at Kutztown University of Pennsylvania and a veteran of the 82nd Airborne Division. In 2006, he deployed to Iraq as a Department of the Army contractor and served in the city of Mosul.

Register for the Book Talk “The New Praetorians” 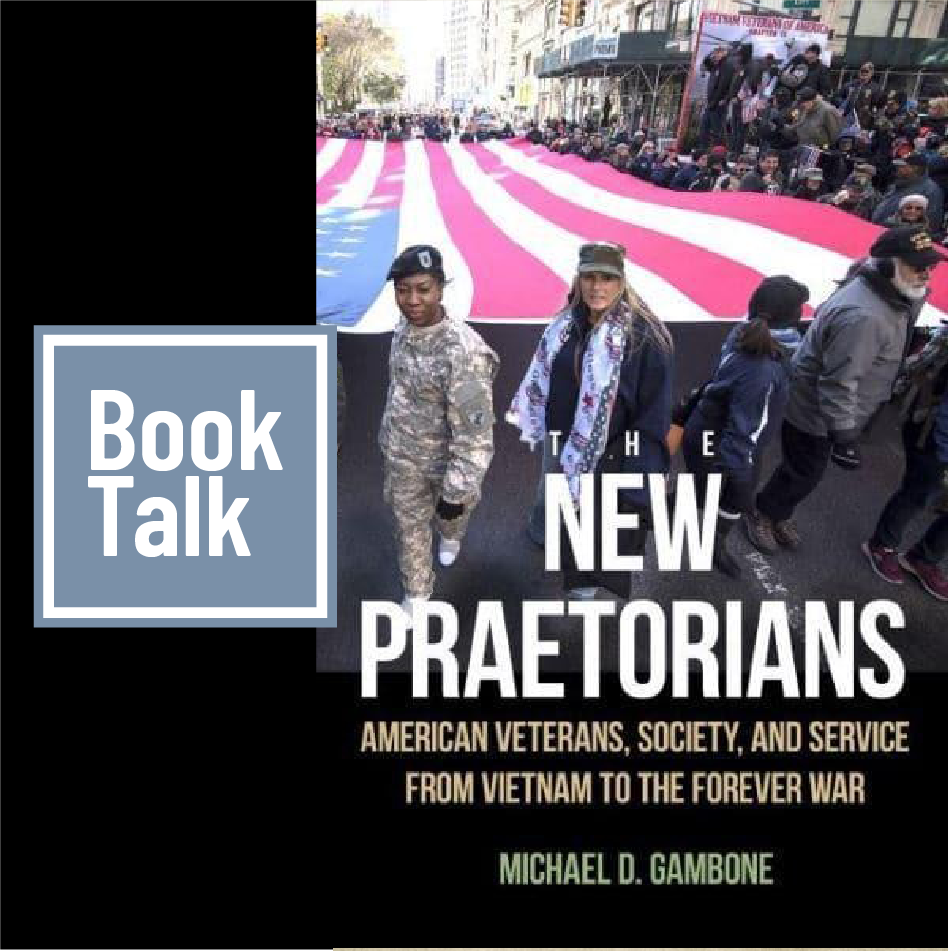