Join our virtual Book Talk on May 20 at 7:00pm EDT! US Army War College professor Kevin J. Weddle will discuss his new book on one of the crucial turning points of the American War for Independence, The Compleat Victory: Saratoga and the American Revolution.

In the late summer and fall of 1777, after two years of indecisive fighting on both sides, the outcome of the American War of Independence hung in the balance. Having successfully expelled the Americans from Canada in 1776, the British were determined to end the rebellion the following year and devised what they believed a war-winning strategy: sending General John Burgoyne south to rout the Americans and take Albany.

When British forces captured Fort Ticonderoga with unexpected ease in July of 1777, it looked as if it was a matter of time before they would break the rebellion in the North. Less than three and a half months later, however, a combination of the Continental Army and Militia forces, commanded by Major General Horatio Gates and inspired by the heroics of Benedict Arnold forced Burgoyne to surrender his entire army. The American victory stunned the world and changed the course of the war. In the end, British plans were undone by a combination of distance, geography, logistics, and an underestimation of American leadership and fighting ability.

Kevin J. Weddle is Professor of Military Theory and Strategy at the US Army War College in Carlisle, Pennsylvania. A West Point graduate, he served in the US Army for 28 years on active duty in command and staff positions in the United States and overseas, including Operations Desert Storm and Enduring Freedom, before retiring as a colonel. 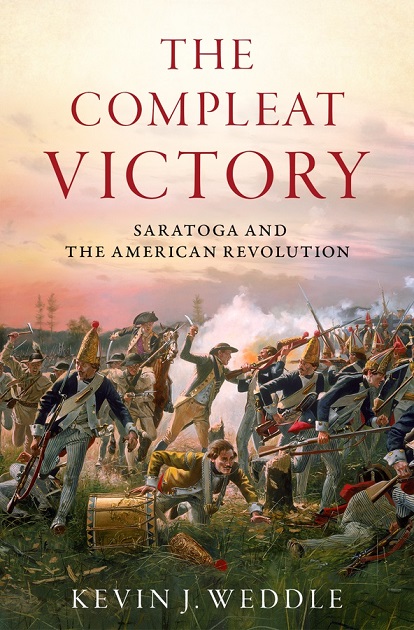