“Liberty is Sweet: The Hidden History of the American Revolution,” by Woody Holton

This sweeping reassessment of the American Revolution shows how the Founders were influenced by overlooked Americans — women, Native Americans, African Americans, and religious dissenters.

Using more than a thousand eyewitness accounts, “Liberty Is Sweet” explores countless connections between the Patriots of 1776 and other Americans whose passion for freedom often brought them into conflict with the Founding Fathers. “It is all one story,” prizewinning historian Woody Holton writes.

Holton describes the origins and crucial battles of the Revolution from Lexington and Concord to the British surrender at Yorktown, focusing on marginalized Americans — enslaved Africans and African Americans, Native Americans, women, and dissenters — and on overlooked factors such as weather, North America’s unique geography, chance, misperception, attempts to manipulate public opinion, and disease. Thousands of enslaved Americans exploited the chaos of war to obtain their own freedom, while others were given away as enlistment bounties to whites. Women provided material support for the troops, sewing clothes for soldiers and in some cases taking part in the fighting.

“Liberty Is Sweet” gives us our most complete account of the American Revolution, from its origins on the frontiers and in the Atlantic ports to the creation of the Constitution. Offering surprises at every turn — for example, Holton makes a convincing case that Britain never had a chance of winning the war — this majestic history revivifies a story we thought we already knew.

Dr. Holton is McCausland Professor of History at the University of South Carolina, where he teaches and researches Early American history, especially the American Revolution, with a focus on economic history and on African Americans, Native Americans, and women. He is the author of several previous books, including “Abigail Adams,” which was awarded the Bancroft Prize.

Register for the Book Talk: “Liberty Is Sweet” 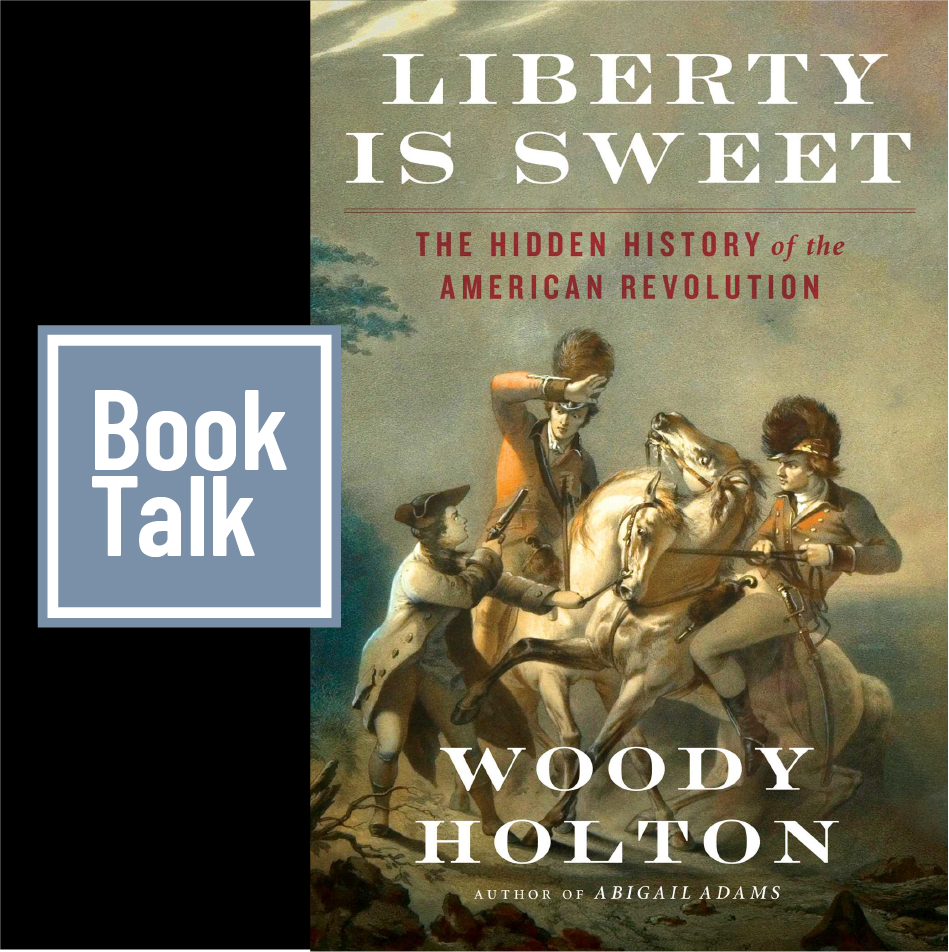