In 1945, when Congress began reviewing the record of the most conspicuous acts of courage by American Soldiers during World War II, they recommended awarding the Medal of Honor to 432 recipients. Despite the fact that more than one million African Americans served in the conflict, not a single Black Soldier received the Medal of Honor. Recent historical research has brought to light some of the extraordinary acts of valor performed by Black Soldiers during the war. Men such as Vernon Baker, who single-handedly eliminated three enemy machine guns, an observation post, and a German dugout. Or Sgt. Reuben Rivers, who spearheaded his tank unit’s advance against fierce German resistance for three days despite being grievously wounded. And Lt. Charles Thomas, who led his platoon to capture a strategic village on the Siegfried Line in 1944, despite losing half his men and suffering wounds himself.

Ultimately, in 1993 a U.S. Army commission determined that seven men, including Baker, Rivers, and Thomas, had been denied the Army’s highest award due to racial discrimination. In 1997, more than 50 years after the war, President Bill Clinton finally awarded the Medal of Honor to these seven heroes, sadly all but one of them posthumously.

Robert Child is a military history writer, director, and published author. He has also garnered more than 26 writing and directing awards including an Emmy® nomination, and is one of only a handful of writer/directors whose work has screened in the United States Congress. 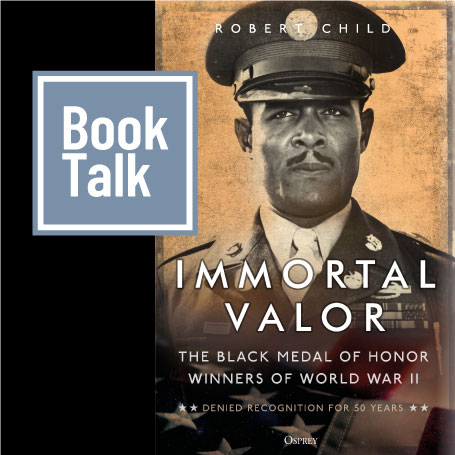