History Talk – “Meade: The Price of Victory” with John Selby

Join the National Army Museum for its first presentation of Civil War Week, offered virtually on Zoom on 5 April. This exciting program, focused on Civil War leadership, will feature Civil War historian John Selby for one-hour presentation beginning at 7:00 PM (EDT), and will include audience questions as well.

George Gordon Meade has not been treated kindly by history. Victorious at Gettysburg, the biggest battle of the American Civil War, Meade was the longest-serving commander of the Army of the Potomac, leading his army through the brutal Overland Campaign and on to the surrender of Robert E. Lee and the Army of Northern Virginia at Appomattox. Serving alongside his new superior, Ulysses S. Grant, in the last year of the war, his role has been overshadowed by the popular Grant. This first full-length study of Meade’s two-year tenure as commander of the Army of the Potomac brings him out of Grant’s shadow and into focus as one of the top three Union generals of the war.

John G. Selby portrays a general bestride a large army he could manage well and a treacherous political environment he neither fully understood nor cared to engage. Meade’s time as commander began on a high note with the victory at Gettysburg, but when he failed to fight Lee’s retreating army that July and into the fall of 1863, the political knives came out. Meade spent the winter of 1863–64 struggling to retain his job while the Joint Committee on the Conduct of the War sought to have him dismissed. Meade offered to resign, but Grant told him to keep his job. Together, they managed the Overland Campaign and the initial attacks on Petersburg and Richmond in 1864.

A member of the faculty of Roanoke College since 1986, Selby is well-known in the Roanoke Valley for the history tours he leads for students and adults. He is the author of “Meade: The Price of Command, 1863–1865” (2018); “Civil War Talks: Further Reminiscences of George S. Bernard and His Fellow Veterans” (2012); and “Virginians at War: The Civil War Experiences of Seven Young Confederates” (2002). 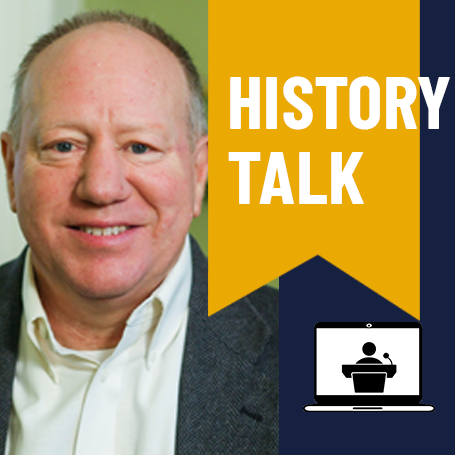