Join the National Army Museum for its presentation during Civil War Week, offered virtually on Zoom. This exciting program, focused on Civil War leadership, will feature Civil War historian Elizabeth Varon, for one-hour presentation beginning at 7:00 PM (EDT) on April 6, and will include audience questions as well.

Dr. Varon, Langbourne M. Williams Professor of American History at the University of Virginia, will discuss the war’s last eastern campaign in her presentation on “U.S. Grant at Appomattox: Ending the Union’s War of Deliverance.” Varon argues that Northern Soldiers did not march off to war in 1861 to conquer the South but to liberate it. The war, says Varon, was a crusade to deliver the Southern masses from slaveholder domination and to bring democracy, prosperity, and education to the region. As the war escalated, Lincoln and his allies built the case that emancipation would secure military victory and benefit the North and South alike. The theme of deliverance was essential in mobilizing a Unionist coalition of Northerners and anti-Confederate Southerners.

Elizabeth Varon is Langbourne M. Williams Professor of American History at the University of Virginia and serves on the Executive Council of the John L. Nau III Center for Civil War History. She received her Ph.D. from Yale University, and has held teaching positions at Wellesley College and Temple University. A specialist in the Civil War era and 19th-century South, Varon is the author of “We Mean to be Counted: White Women and Politics in Antebellum Virginia” (1998); “Southern Lady, Yankee Spy: The True Story of Elizabeth Van Lew, A Union Agent in the Heart of the Confederacy” (2003); “Disunion!: The Coming of the American Civil War, 1789-1859” (2008); and “Appomattox: Victory, Defeat and Freedom at the End of the Civil War” (2013). “Southern Lady, Yankee Spy” won three book awards and was named one of the “Five Best” books on the “Civil War away from the battlefield” in the Wall Street Journal. “Appomattox” won the 2014 Library of Virginia Literary Award for Nonfiction, the 2014 Dan and Marilyn Laney Prize for Civil War History (Austin Civil War Roundtable), and the 2014 Eugene Feit Award in Civil War Studies of the New York Military Affairs Symposium, and was named one of Civil War Monitor’s “Best Books of 2014” and one of National Public Radio’s “Six Civil War Books to Read Now.” Her new book, “Armies of Deliverance: A New History of the Civil War,” appeared with Oxford University Press in March, 2019. 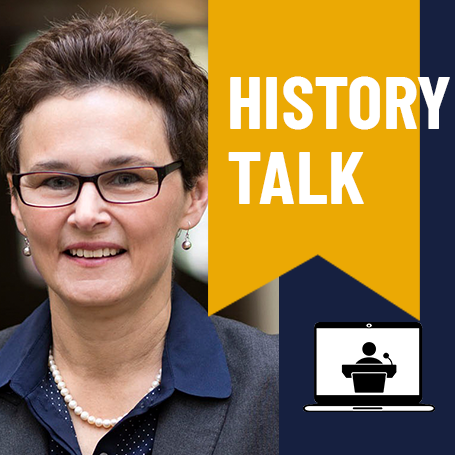