From Trenton to Yorktown: Turning Points of the Revolutionary War

The five key turning points of the American Revolutionary War—from Washington’s stunning winter victory at Trenton, New Jersey in 1776, to the British surrender at Yorktown, Virginia in 1781—are detailed here in a sweeping discussion, in which military historian and National Army Museum educator John R. Maass recounts the decisive battles and campaigns that won independence for thirteen hard pressed but determined American colonies.

For eight grueling years, American and British military forces struggled in a bloody war over colonial independence. From frozen Canada to tropical Florida and as far west as the Mississippi River, the Revolutionary War included hundreds of campaigns, battles, and skirmishes on land and sea in which soldiers and sailors fought and died for causes, crowns, and comrades. Dr. Maass identifies the truly decisive battles and campaigns that won the war. These include George Washington’s surprise winter battlefield success at Trenton and Princeton in 1776-77; the American capture of an entire British army in the wilderness of Saratoga in the fall of 1777; the army’s hardships and perseverance in the bitter cold, poorly-supplied camps at Valley Forge in the snowy winter of 1778; the redcoats’ Pyrrhic victory at Guilford Courthouse in early 1781, which ended their hopes in the South; and Washington’s stunning victory at Yorktown with French support later that year, that secured an eventual victory in the war. Find out why these five struggles were the war’s turning points—and why other battles were not.

Dr. John R. Maass is an education staff member of the National Museum of the U.S. Army at Fort Belvoir. He is the author of several books and numerous articles on early U.S. military history, including North Carolina and the French and Indian War: The Spreading Flames of War (2013); The Road to Yorktown: Jefferson, Lafayette and the British Invasion of Virginia (2015); George Washington’s Virginia (2017); and The Battle of Guilford Courthouse: A Most Desperate Engagement (2020).

Register for the VIRTUAL Battle Brief on May 3 at 7 p.m. 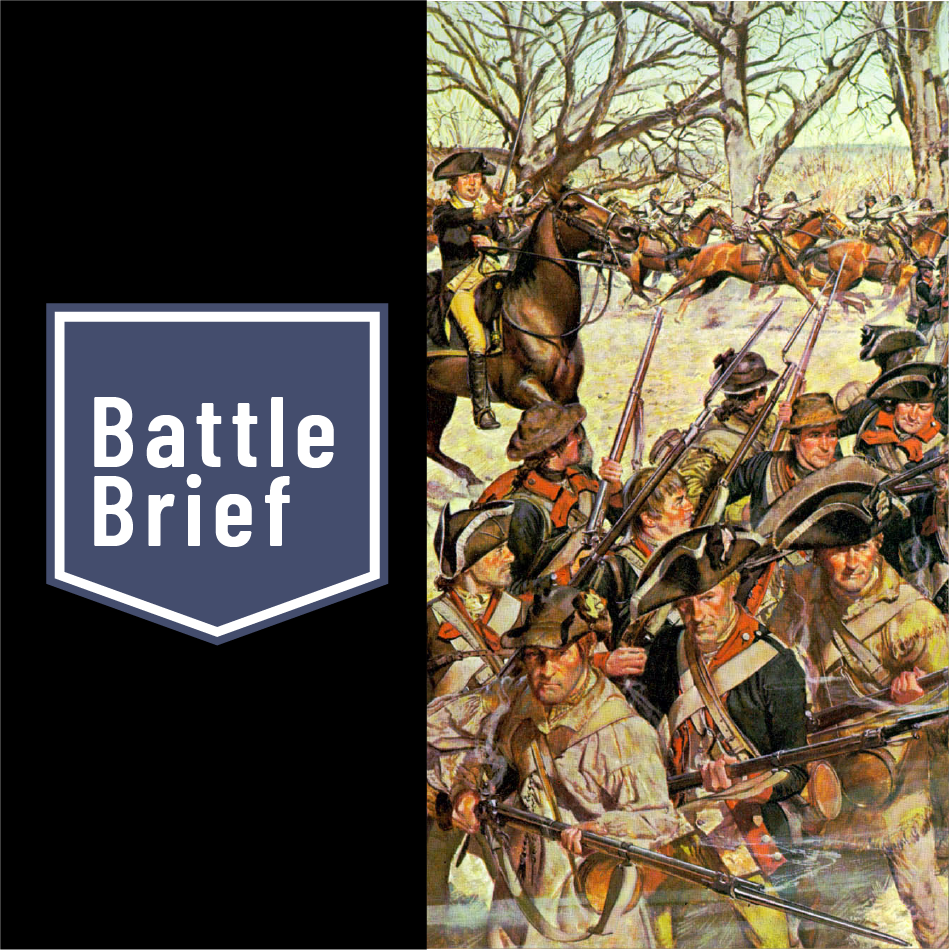