From recording clerk in the U.S. Patent Office in Washington, D.C. in 1860, to an internationally recognized humanitarian relief organizer, Clarissa “Clara” Harlowe Barton’s long career helping the sick, wounded, displaced, and missing spanned over seventy years. Barton’s career aiding victims of war, political upheaval, and natural disasters began with her work helping battlefield casualties during the U.S. Civil War from early 1861 to the war’s end in 1865. She organized medical supply shipments, food and clothing deliveries, and personally cared for sick and wounded Union Army Soldiers, at times during or just after several bloody battles in the war’s eastern theater. She also led the Office of Correspondence with Friends of the Missing Men of the U.S. Army during the American Civil War.

In 1871, Barton was awarded the Prussian Iron Cross medal for her relief work in the Franco-Prussia War, along with a subsequent Silver Cross of Imperial Russia for supplies provided during a severe famine in 1892. Perhaps most famously, Clara Barton founded the American Red Cross in 1881, and afterwards directed relief operations for victims of violent disturbances in the Ottoman Empire in 1886. Barton also helped establish the National First Aid Association of America and served as its honorary president for five years.

National Army Museum educator John Maass presents an in-depth look at Barton’s Civil War service with period and modern images and maps of her tireless relief work at the battlefields of Cedar Mountain, Harpers Ferry, Antietam, Fredericksburg, Charleston, Petersburg, and Cold Harbor. Learn more about this amazing woman known to Soldiers as “the Angel of the Battlefield.”
Dr. John Maass received a B.A. in History from Washington and Lee University and a Ph.D. in Early American and Military History from the Ohio State University. He is the author of several books and numerous articles on American military history, including “The Battle of Guilford Courthouse: A Most Desperate Engagement” (2020); “George Washington’s Virginia” (2017); and “The Petersburg and Appomattox Campaigns, 1864-1865” (2015). He has been a museum educator at the National Museum of the United States Army since 2017, and previously was a historian at the U.S. Army Center of Military History at Fort McNair, Washington, D.C.

Register For the Battle Brief “Compelled To Face Danger” (VIRTUAL)

Register For the Battle Brief “Compelled To Face Danger” (IN-PERSON) 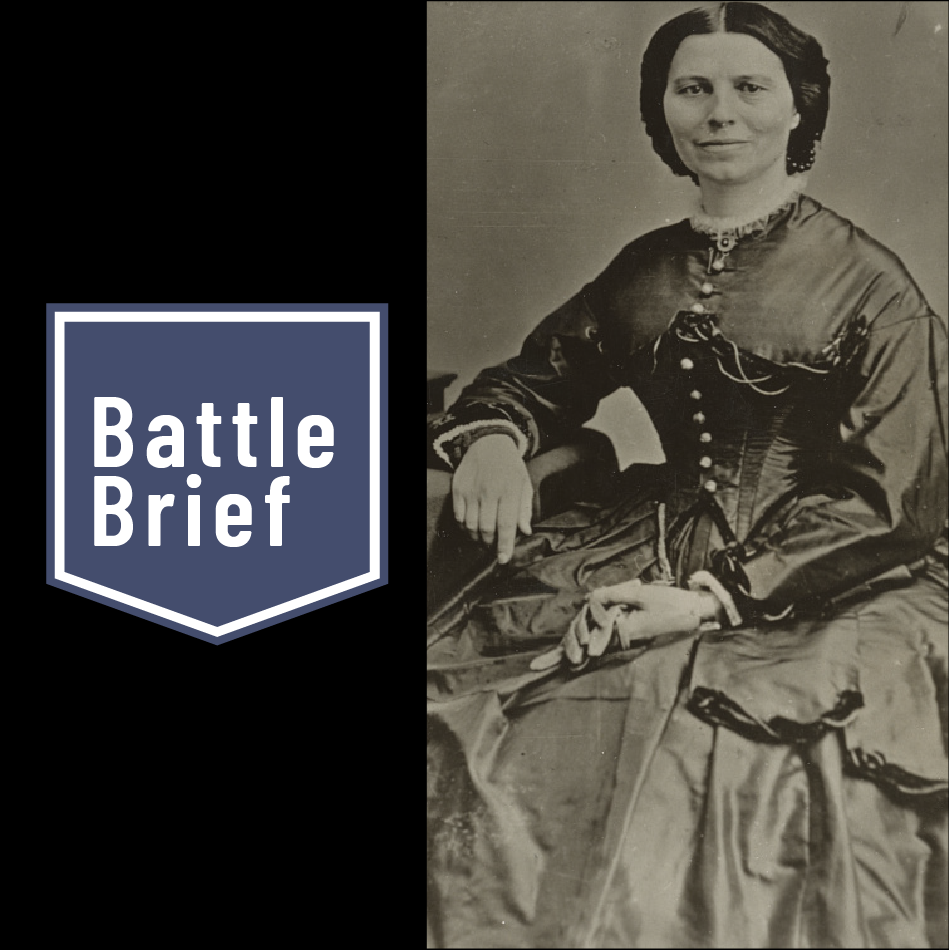