Join the National Museum of the US Army for a live, virtual discussion with author Katherine Landdeck about her new book, The Women with Silver Wings: The Inspiring True Story of the Women Airforce Service Pilots of World War II.

When the Japanese attacked Pearl Harbor in December 1941, Cornelia Fort was already in the air. At twenty-two, Fort had escaped Nashville’s debutante scene for a fresh start as a flight instructor in Hawaii. She and her student were in the middle of their lesson when the bombs began to fall, and they barely made it back to ground that morning. Still, when the U.S. Army Air Forces put out a call for women pilots to aid the war effort, Fort was one of the first to respond. She became one of just over 1,100 women from across the nation to make it through the Army’s rigorous selection process and earn her silver wings.

The brainchild of trailblazing pilots Nancy Love and Jacqueline Cochran, the Women Airforce Service Pilots (WASP) gave women like Fort a chance to serve their country—and to prove that women aviators were just as skilled as men. While not authorized to serve in combat, the WASP helped train male pilots for service abroad, and ferried bombers and pursuits across the country. Thirty-eight WASP would not survive the war. But even taking into account these tragic losses, Love and Cochran’s social experiment seemed to be a resounding success—until, with the tides of war turning, Congress clipped the women’s wings. The program was disbanded, the women sent home. But the bonds they’d forged never failed, and over the next few decades they came together to fight for recognition as the military veterans they were—and for their place in history.

Katherine Sharp Landdeck, is a writer, Associate Professor at Texas Woman’s University, and globally recognized expert on the Women Airforce Service Pilots of World War II, the subject of her debut book, The Women With Silver Wings. A Guggenheim Fellow at the Smithsonian National Air and Space Museum and a graduate of the University of Tennessee, where she was a Normandy Scholar and earned her Ph.D. in American History, Landdeck has received numerous awards for her work on the WASP and has appeared as an expert on NPR’s Morning Edition, PBS, and the History channel. Her work has been published in The Washington Post, The Atlantic, and Time, as well as in numerous academic and aviation publications. 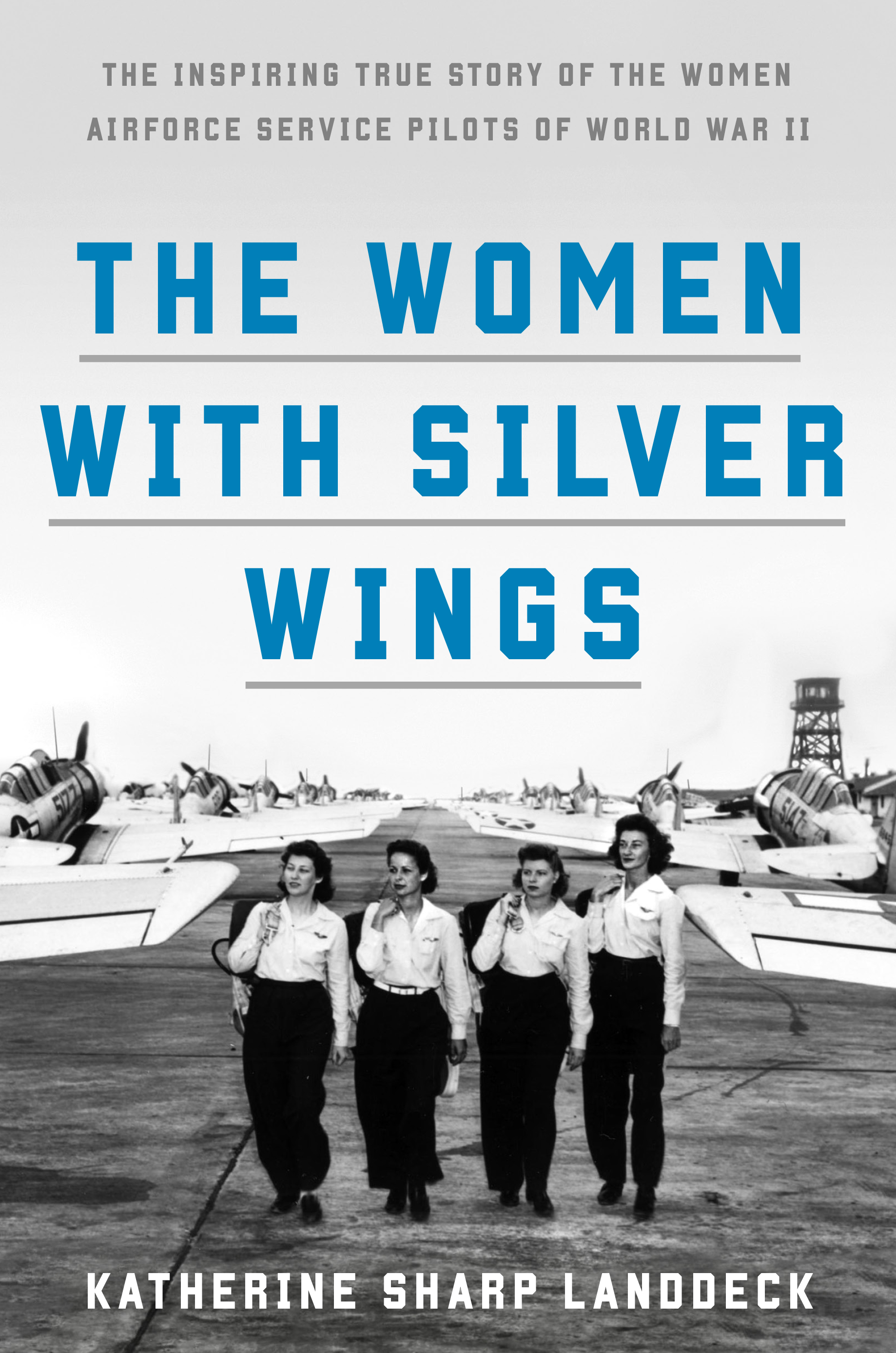