Battle Brief: The Battle of the Wilderness, 1864

As part of Civil War Week, the National Museum of the US Army presents its latest “Battle Brief,” a look at the hard-fought Battle of the Wilderness in early May 1864, the first face-off between Grant and Lee in war-torn Virginia. Join Museum staff member John Maass for a virtual tour of the battlefield and an in-depth look at the bloody Wilderness Campaign in the tangled forests just west of Fredericksburg. This presentation includes period and modern images, maps, and portraits to illustrate the brutal, confused nature of the fighting in the Overland Campaign.

John R. Maass is an education staff member of the National Museum of the U.S. Army at Fort Belvoir. Dr. Maass received a B.A. in history from Washington and Lee University and a Ph.D. in early American history at The Ohio State University. He is the author of several books and numerous articles on early U.S. military history, including North Carolina and the French and Indian War: The Spreading Flames of War (2013); Defending a New Nation, 1783-1811 (2013); The Road to Yorktown: Jefferson, Lafayette and the British Invasion of Virginia (2015); George Washington’s Virginia (2017); and most recently The Battle of Guilford Courthouse: A Most Desperate Engagement
(2020).

Register for Battle Brief: The Battle of the Wilderness, 1864 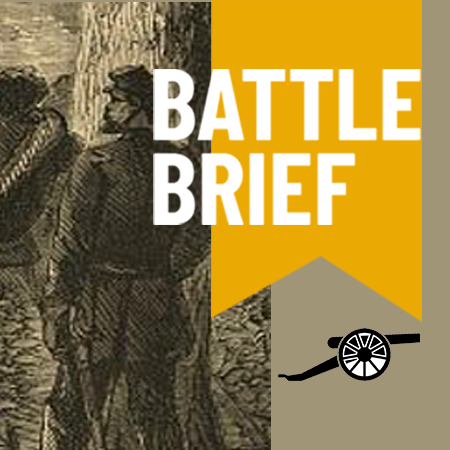