A Most Terrible Bloody Conflict: Maj. Gen. Joseph Hooker and the Battle of Chancellorsville, 1863

In late April 1863, Union Major General Joseph Hooker, commander of the Army of the Potomac, launched his troops in a bold offensive to trap and destroy the Confederate Army of Northern Virginia, which opposed the Federals at Fredericksburg, Virginia. Stealing a long march on the rebel army commander, General Robert E. Lee, most of Hooker’s troops marched to the Confederate rear, and were poised to crush their southern enemy on the banks of the Rappahannock River. Although Hooker boasted that he would “have no mercy” on the rebels, he lost his nerve, the Confederates turned to attack him, and Lee made a risky but successful flanking maneuver led by “Stonewall” Jackson to strike the unprepared Yankee troops around a crossroads called Chancellorsville.

Using modern and period maps and images, the National Army Museum’s historian and educator John Maass presents the story of Hooker’s Chancellorsville campaign, and how its initial, unprecedented success turned into stunning defeat just two months prior to the battle of Gettysburg.

Dr. John Maass received a B.A. in history from Washington and Lee University and a Ph.D. in Early American History from the Ohio State University. He is the author of several books and numerous articles on American military history, including “The Battle of Guilford Courthouse: A Most Desperate Engagement” (2020); “George Washington’s Virginia” (2017); and “The Petersburg and Appomattox Campaigns, 1864-1865” (2015).

This program is offered virtually and in-person. In-person seats are limited and available on a first come, first served basis.

Register for the VIRTUAL Battle Brief “A Most Terrible Bloody Conflict: Maj. Gen. Joseph Hooker and the Battle of Chancellorsville, 1863″

Get a General Admission ticket to attend IN-PERSON. 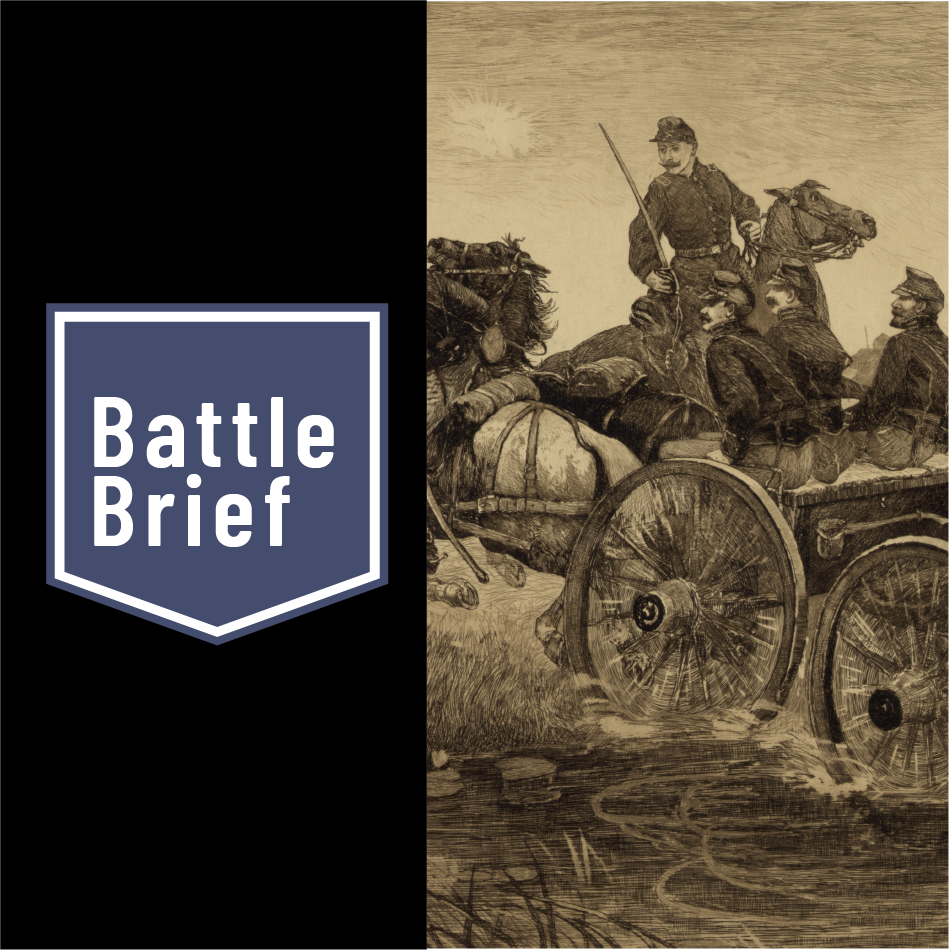